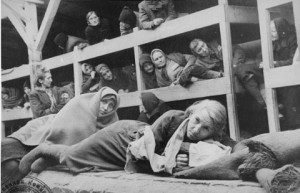 Dr. Navras Jaat Aafreedi is an Indo-Judaic Studies Scholar working as Assistant Professor in History at Presidency University, Kolkata, where he teaches a Holocaust-focused course. He is the author of Jews, Judaizing Movements and the Traditions of Israelite Descent in South Asia (2016) and numerous other publications. He has to his credit a Holocaust films retrospective, held at universities in Lucknow in 2009 (which happened to be the first ever in South Asia) and a couple of Holocaust-focused international conferences: one, which he co-convened at O P Jindal Global University in 2016 and the other that he would be convening at Presidency University, Kolkata next month (February 2017). In addition to this, he serves as the Honorary Executive Director of the Youth Outreach Programme of the Society for Social Regeneration and Equity (SSRE), the only NGO in South Asia dedicated to the promotion of Jewish-Muslim understanding and to raising Holocaust awareness. He is a Fellow of the Salzburg Global Seminar on Holocaust and Genocide Education. He has given presentations and/or participated in panel discussions on Holocaust education at conferences at Yad Vashem, Jerusalem, the US Holocaust Memorial Museum, Washington, DC, and the Global Forum of the American Jewish Committee.  He is currently co-authoring a guidebook to introducing Holocaust Studies in India and co-editing a volume on Holocaust education. He can be followed on Twitter: @Navras_Aafreedi

Dr. Ambreen Agha is Research Fellow at the Indian Council of World Affairs (ICWA), New Delhi. She has previously worked as a Researcher with the Institute for Conflict Management on subject of extremism and religious violence in Pakistan and Afghanistan. She was awarded the degree of Ph.D. by the Centre for Political Studies, School of Social Sciences, Jawaharlal Nehru University (JNU), New Delhi, in 2015, for her ethnographic study on the role of women in Islamic Revivalist Movement of Tablighi Jama’at. Her larger research interest is in Conflict, War, Comparative Religion, and various religious orientations that assert themselves, in both violent and non-violent forms.

Puja Awasthi is a Lucknow-based independent print and online journalist, who reports on social justice and politics from north India. She has worked with The Pioneer, Deccan Herald, Education World, and The Sunday Indian and regularly contributes to India Together, Scroll, IANS, Grassroots and Vidura from UP, Uttarakhand, Jharkhand and Chhattisgarh. She is a recipient of the Chevening Scholarship for Young Indian Print Journalists, 2006 and has been awarded the SCARF PII Media For Mental Health Award, 2016, the Laadli Media Award for Gender Sensitivity, 2012, and the UP State Journalist Committee’s Award for Journalistic Excellence, 2009. She is currently a fellow with the Population Reference Bureau, Women’s Edition Asia.

Dr. Prabhat Kumar is an Assistant Professor in the Department of History, Presidency University, Kolkata. His research on the making of modern literary and visual narrative of satire in Hindi print (especially in the periodicals of late nineteenth century and early twentieth century) from a transcultural perspective earned him doctorate from Heidelberg University. He is a regular contributor to the Economic and Political Weekly and Kafila. He can be reached at Prabhat.His@PresiUniv.ac.in

Dr. Shimon Lev is a Lecturer at Hadassah Academic College, Jerusalem, and the author of Soulmates: The Story of Mahatma Gandhi and Hermann Kallenbach (New Delhi: Orient BlackSwan Publishing House, 2012), among numerous publications.

Jyotika Mansata is a student at Presidency University, and is currently in her final year of a Master’s programme in History (Honours).

Ryan Perks is a freelance writer and editor. He holds a master’s degree in history from Trent University in Peterborough, Ontario.

Dr. Md. Muddassir Quamar is an Associate Fellow at the Institute of Defense Studies and Analyses, New Delhi. The essay is an abridged version of a paper presented at an international conference on “Mass Violence and Memory” held in May 2016 at O P Jindal Global University, Sonipat, Haryana, India, co-convened by the guest editor of this special issue of Café Dissesnsus.

Dr. Somshankar Ray is an Assistant Professor in the Department of History, Presidency University, Kolkata. He teaches courses on history and fiction and intends to debut as a novelist with a historical novel in a couple of years.

Anubhav Roy is a Research Analyst for Hardeep S. Puri, India’s former Permanent Representative to the UN. Alongside, he assists the India chapter of ‘JudgingHistories’, a joint WWII historiography project of the European Research Council and the Hebrew University of Jerusalem. He also edits for the online journal, E-International Relations.

Jacob Shamsian is a Staff Writer for the Tazpit News Agency, Israel.

Sarah Siddiqui recently graduated from the University of Strathclyde, where she completed her Masters in Human Resource Management. She runs a blog site on cinema by the name of Popcorn Loverz, which she routinely updates with the latest movie reviews.