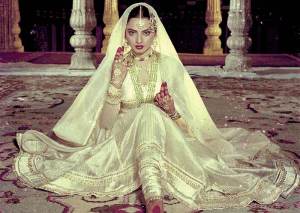 Delineating aspects of Lucknow’s pre-rebellion Shia cultural heritage and tawa’if-bazi (courtesan culture), this paper maps out the role of the tawa’if in performing and preserving the ashraf (respectable Muslim gentry) culture and spread of the Shi’a ideology in Awadh. This paper focuses on the images of Lucknow’s cultural past shared among the members of a community, highlighting the politics of remembering certain things and forgetting or ignoring others. Performance is a key method by which both individual and collective identities are formed, framed, and reiterated. I draw upon the tawa’ifs, the Muslim culture, and marsiya-khwani in Lucknow in the eighteenth and nineteenth centuries as the source material to understanding issues of Muslim identity formation, representations, and interpretations.

The city of Lucknow is geographically located in a region called Awadh, which was one of the twelve provinces of the great Mughal emperor, Akbar. During the second half of the eighteenth century, the centre of art and culture shifted from Shahjahanabad (Delhi) to Awadh. Abdul Haleem Sharar points out: “The court of Awadh had emanated from Khurasan and adhered to the Shi’a faith…Thus Persian culture, which had been nurtured in the stately and majestic laps of the Sassanide and Abbaside dynasties, permeated the society of Lucknow.” Shia Islam draws its meaning and unity from the ritual commemoration of the tragic events at Karbala in 680 AD: the martyrdom of Imam Husayn, the grandson of the Prophet Muhammad. During the Islamic month of Muharram, Shia communities from Iran to Pakistan to Ladakh reenact this sacred narrative in “passion dramas”, called Taziyeh mourning. The formative stages of the majlis, the special religious assemblies during Muharram, include: the sala¯m (a call for blessings upon the Prophet Muhammad and his progeny);  soz (a short elegiac recitation); the marsiya, which comes to a close with the only prose narrative of the Karbala tragedy; the zikr, also known as baya¯n or hadı¯s. The second part begins nauha (a versified recitation in the dirgeform) and concludes with a recitation of the ziyarat, a blessing in which the right index finger is used in “salutation” or tribute to the martyrs of Karbala, the Shii Imams, and other members of the Prophet’s family.

Marsiya is a genre of poetry associated with Muharram in which the glories of Husain in the battle of Karbala are recited. As the single most significant historic event in the lives of millions of Muslims, Karbala has left an indelible symbolic mark on devotional practices, on the transmissions of Islamic history, and on subsequent developments in aesthetics, mysticism, and reform movements throughout the Muslim world. Tracing the course taken by the marsiya, an Iranian genre and/Shia recitation/musical tradition in India from the Deccani states in the sixteenth century to Delhi in mid-seventeenth century and to Awadh’s capital Lucknow in mid-eighteenth century, Madhu Trivedi has emphasized that in the consequent variations of Karbala narratives is language: marsiya composers drew on the language of their locality, on its compositional traditions, and on its physical and social features.

When the court and capital of Awadh was shifted from Faizabad to Lucknow by Asaf al-Daulah in 1775, Lucknow became the locus of tawaif-bazi (courtesan culture). In his book Tarrikh-e-Farahbaksh, Mohammad Faiz Baksh observed that the decline of Mughal Empire in the last quarter of the eighteenth century led to the mass exodus of female performers, tawaifs, nautch girls, the poets and artists from Delhi to Lucknow. Ensconced in the lavish houses in the bazaars of Chowk and Qaiserbagh, the tawa’ifs established themselves as a notable group of women in the eighty-odd years that the Awadh dynasty had Lucknow as its capital city, under the extravagant patronage of the Nawab, the connoisseurs of art, noblemen, merchants, and the elite. The tawa’ifs are not simply prostitutes or entertainers. Though Veena Talwar Oldenburg uses the term ‘courtesan’ to signify tawa’if, this word is inadequate to express the nuanced cultural depth of the word because it ignores the complex geography of woman-controlled kothas, which can be compared to brothels in the Western sense, but have a far more central role for arts and culture. The range of meanings tawa’if can signify has determined that distinctions between this and cognate terms such as baiji, takahi, nachni, randi, and so on, can be fuzzy depending on the context. Describing the tawa’ifs as the ‘queens of the bazaar’, Sharar lists three types of tawa’if belonging to these kothas:

They are identified as kanchani, chuna wali and nagarnt. He goes on to state that the “Kanchan were from Delhi and Panjab and mostly worked as prostitutes, the Nagarnt were from Gujarat while the Chuna Walis are not associated with any one region’ and that these three groups were equally renowned for prostitution as for musical or dance expertise. (Lucknow: The Last Phase of an Oriental Culture)

However, these were not the only communities to which Lucknow’s tawa’if belonged. A significant section of women’s history, especially of those considered as “other” by mainstream women, remains elided/silenced, erotized/marginalized and kept invisible in the nationalist discourse, in order to keep it respectable. In the dominant bourgeois discourse and historiography, the creative and aesthetic acknowledgement of female performers, dancing girls and tawa’ifs have been negated and exoticized/voyeurized and, hence, their contribution in nation-building and culturescape have been rendered inadequate for serious academic research. Analyzing the performative practices of tawa’ifs, the following discussion will delineate the intersection of their life-worlds and the sociocultural, historical, as well as, politico-ideological contexts of Avadh. Asserting that the tawaif was not merely a prostitute (though she served that purpose), Mukul Kesavan says, “pure prostitution was the domain of the randi…In this sublimated understanding of the tawaif, even her dance, the mujra, is not an erotic performance but a choreographed ritual of salutation. The word mujra is related  both to majra, which indicates a place where anything runs or is made to flow, and mijra’i, a person who pays his respects, such as a servant or a minister.” The most consummate tawa’ifs were said to be from Lucknow. They have been recognized as the preservers and performers of the North Indian ašrāf culture, sustaining the principles, manners, and uniqueness of Lucknow Indo-Muslim society and its traditions. Extremely accomplished and knowledgeable in Arabic, Persian, and Urdu literature, and well-trained in Indo-Muslim musical traditions and performing arts, they made a significant contribution to Hindustani music, dance and creative writing, and also to theatre and film.

The tawa’ifs flourished under the patronage of rulers like Shuja ud Daula, Asaf ud Daula, and Saadat Ali Khan. In “Islamic Music in an Indian Environment: The Shia Majlis,” R. B. Qureshi asserts that though it is not generally recognized that the imambaras in Lucknow were also essential spaces for the patronage of tawa’if, the fact is that apart from male professional performers, the Nawabs also employed tawa’if and domni for majli­s. Describing the aura and popularity of the marsiya-khwani of these tawa’ifs, Sharar writes: “Thousands of enthusiasts came to Lucknow from other places and sat hopefully in Haidar’s Imambara waiting for the courtesan Lady Haidar to commence her song of lament”. Through the majlis, some of the tawa’ifs became public propagators of Shi’a activities. This could also have contributed to the increase in their political influence and the broad social acceptance of their courtesan culture by the Awadhi elite. Describing the contribution of the tawa’if to the culturescape of Awadh, Richard Connerny, in The Upside-Down Tree, says, “Nineteenth-century Lucknow was the home of tawaif, professional, geisha-like courtesans who entertained well-bred men in extravagant brothels (kotha). Men of repute in Lucknowi society would gather for special parties where these highly trained women would sing, recite poetry, dance, and play musical instruments. Tawa’ifs were no simple streetwalkers; they were refined women who required months of courting and demanded expensive gifts before granting any man access to their physical intimacies.”

Marsiya-khwani as a distinct genre developed in the eighteenth century and it is contemporaneous to marsiyago’i. While the basic form was not new, in Lucknow it underwent innovations and stylistic developments. One such innovation was the setting of the texts of marsiya (elegies) to dhuns, and soz (laments) to raags. In North India, marsiya poetry developed in the Persian tradition, but its rendering was in the dhrupad style. The influence of the desi-kavya appears to be more pronounced in it, which is attested by the fact that marsiyas were composed in marwari, Punjabi and purbi dialects and included songs, narration and intonation in the manner of the recitational forms of drama, such as alha and pandavi. In vogue was murabba dohraband; the four lines in uniform rhyme, followed by a doha in Braj-bhasha, and in some cases followed again by two lines of tazmin (insertion) of a Persian couplet. It is significant that marsiya-khwani was performed by those who had formal training in music. Marsiya-khwani underwent considerable development in Lucknow and came to be called as soz-khwani. It was performed by a group of five in the Persian tradition. However, the rendering was in Indian style except in the marsiyas of tappa-ang wherein Persian techniques were employed.

When the East India Company used Lucknow’s tawa’if bazi as part of its ‘moral’ justification for dismantling networks and structures of patronage for performance and music in Lucknow, it transformed a proud cultural institution into a ‘vice’ and changed Lucknow’s celebrated kothas into musty dens for furtive sexual encounters. The final dissolution of the Awadhi monarchy led to the loss of patronage for performing arts and the salons were banned. However, some of the tawa’ifs survived the Mutiny of 1857 and Independence and they still operate in Lucknow in private. Many tawa’ifs, including Jaddan Bai and her later famous daughter Nargis, found work in Bombay in the mainstream Hindi film industry.