India’s Response to the Holocaust and its Perception of Hitler: An Introduction 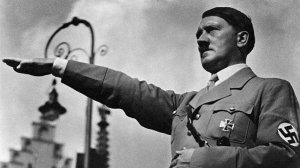 It is quite well known that Adolf Hitler enjoys immense popularity in India as evident from his omnipresent autobiography, Mein Kamf, and memorabilia. Much has already been written to find an explanation for it. What has never been done is a whole collection of articles focused on it and tracing his popularity to India’s response to the Holocaust as it happened and ever since. Even if Hitler’s popularity in India cannot be attributed to Nazism in the country yet, it cannot be dismissed simply as an obsession with and a craving for strong leadership. It is certainly alarming if the world’s most populous democracy, home to one-sixth of mankind, with the largest diaspora in the world, admires Hitler more than any other non-Indian leader and is hardly aware of the Holocaust. And even the tiny section of its population that is not ignorant of it either believes it to have been a necessary collateral damage for the greater good of the German nation or underplays it as the only wrongdoing by Hitler, hence pardonable. Considering this it is not hard to understand how in several cases people facing charges of inciting mobs to violence leading to pogroms have gone on to enjoy ministerial positions in successive Indian governments. It also hints at why the state’s record in preventing the occurrence of mass violence and bringing the guilty to justice has been so dismal in India.

No other country that is not in a state of war has suffered as much from mass violence as India has, yet it has refused to teach about its causes and prevention until now. Although there are a number of Indian scholars who have studied mass violence in the Indian context and have produced thousands of books on the mass violence during the partition of 1947, yet we do not have Partition Studies as a recognized academic discipline and as part of the curriculum the way Holocaust Studies are in several parts of the world, including the countries geographically far removed from where it occurred, such as Australia, South Africa, USA, etc. The Sepoy Mutiny of 1857, seen by Indians as the First War of their Independence, and the Partition of India and independence from the British rule in 1947, are considered to be the most important events of India’s modern history and are also discussed at the secondary and tertiary levels of education, though the large scale human suffering that the two involved is never taught about in any significant detail. It is estimated that about 100,000 Indians were killed by the British to suppress the uprising. The violence that immediately preceded and followed the partition of India amounted to a huge loss of human life, whose estimates vary from one to two million. The studies of these events in Indian academia are generally focussed on their chronology and the main actors involved. The Bengal Famine (1943-44) was a catastrophic event and is widely considered a man-made tragedy, yet it remains a mere passing reference in history textbooks. It is a well-known fact that in spite of the starving masses in Bengal, Sir Winston Churchill, the then British prime minister, continued with the transfer of grain from India to Europe to avoid any scarcity of it for his countrymen during the Second World War, as a result of which 4 million Indians perished.

There have been a number of instances of mass violence in independent India, yet even the major ones, like the 1984 anti-Sikh pogrom in Delhi or the 2002 anti-Muslim pogrom(s) in Gujarat, are neither ever discussed in classrooms nor are they ever taught, for these episodes of history are just not part of the curriculum. There seems to be reluctance on the part of the state to introduce topics perceived to be communally sensitive, lest it evokes communal tensions and provokes and instigates people, as the record of the state in bringing the guilty to justice has been terribly dismal. Also, the politicians fear that academic discussions on communal topics could detrimentally affect the support they enjoy from particular communities.

Even if the Holocaust did not have any fallout for India, its ignorance has certainly led to Hitler gaining immense popularity among Indians. There are a few institutions in the country that have the academic discipline, Peace and Conflict Studies, but with the launch of a postgraduate course titled, “A History of Mass Violence: From the Twentieth Century to the Present”, Presidency University in its bicentenary year has emerged as the only institution in Asia, if we do not count institutions in China and Israel, to have a Holocaust-focused course. The course instructor now is on a lookout for funding to take his students to the concentration camps in Europe.

In 2009, a Holocaust films retrospective took place at the two major universities in Lucknow (a major centre of Muslim scholarship), the University of Lucknow and the Ambedkar University there. It happened to be the first ever in South Asia, during which forty-six films were screened in a span of fourteen days. The first ever Holocaust themed Hindi language play came to be staged in 2015 at Gautam Buddha University in Greater NOIDA, a satellite town of Delhi. Both, the Holocaust films retrospective in Lucknow and the play at Gautam Buddha University were accompanied by Holocaust poster exhibitions. 2016 saw a major international multidisciplinary conference focused on the Holocaust. It was held at Jindal Global University in Sonipat, another satellite town of Delhi. The first institution of western-style education in India and the world’s first secular institution of higher education, Presidency University in Kolkata began the commemoration of its bicentenary this month with an exhibition on Anne Frank and would be holding a conference on the Holocaust which would have participation of some of the tallest scholars from the field of Holocaust Studies.

The articles in this issue are broadly divided into two categories: those that are focussed on Hitler’s popularity in India and those that are concerned with Holocaust ignorance/awareness in the country.

We must remember what the Holocaust survivor and author Primo Levi said: “It happened. Therefore it can happen again. And it can happen everywhere.” I conclude with the words of Eli Wiesel, who passed away last year: “What is your responsibility now that you’ve seen, now that you know? Each individual must answer that question for himself or herself.”

Guest-Editor:
Dr. Navras Jaat Aafreedi is an Indo-Judaic Studies Scholar working as Assistant Professor in History at Presidency University, Kolkata, where he teaches a Holocaust focused course. He is the author of Jews, Judaizing Movements and the Traditions of Israelite Descent in South Asia (2016) and numerous other publications. He has to his credit a Holocaust films retrospective, held at universities in Lucknow in 2009 (which happened to be the first ever in South Asia) and a couple of Holocaust-focused international conferences: one, which he co-convened at O P Jindal Global University in 2016 and the other that he would be convening at Presidency University, Kolkata, next month (February 2017). In addition to this, he serves as the Honorary Executive Director of the Youth Outreach Programme of the Society for Social Regeneration and Equity (SSRE), the only NGO in South Asia dedicated to the promotion of Jewish-Muslim understanding and to raising Holocaust awareness. He is a Fellow of the Salzburg Global Seminar on Holocaust and Genocide Education. He has given presentations and/or participated in panel discussions on Holocaust education at conferences at Yad Vashem, Jerusalem, the US Holocaust Memorial Museum, Washington, DC, and the Global Forum of the American Jewish Committee. He is currently co-authoring a guidebook to introduce Holocaust Studies in India and co-editing a volume on Holocaust education. He can be followed on Twitter: @Navras_Aafreedi

Tags: Holocaust, India, Israel, Jews
From: Issue 1/ Beyond Mumbai, 2012
← “Can the Jews resist this organized and shameless persecution?”: Gandhi’s Response to the Holocaust
Contributors →
One Comment Post a comment