“I will have my bread”: The waning significance of spirituality in the hills of eastern Himalayas 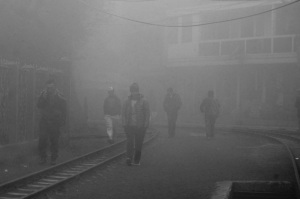 Waking up in the hills, in towns and villages spruced up with colourful prayer flags, is bound to bring peace to your soul, if not to your mind. And if, like many of us, you have a beaten life in the plains, one with deadlines amidst sorry state of things, the ethereal beauty of the hills would soothe your nerves. You would lose yourself wondering whether mantras scripted on the flags in tiny hands were actually blown into the wind and carried to you, drenching you in a serenity that was hitherto unknown to you. You begin realizing the symbolic existence of the ‘Lung Ta’, the wind horse at the center of the flags, reverberating ‘Buddha’, ‘Dharma’ and ‘Sangha’.

Seeping in the sensuous charms that the Himalayas can offer, a solitary walk in the evening through the dingy lanes that you accidentally discovered at a bifurcation beside the Mall in Darjeeling would take you to a different world, driving you past the colonial aura of the town. The narrower the lanes become, the more you would be drowned in the rawness of the hills. Small yet colourfully decorated shacks would accompany you on both the sides, split by cubicle-like tea stalls every now and then. ‘Butiyabusti’, as the locals seem to call the place, took us to ‘Bhutia Busti Monastery’ with a wonderfully peaceful environment and a fantastic view in the backdrop. Built by Lama Dorje Rinzing in the early 1760s, this Monastery was located at a different site and was brought down during the Gorkha invasion in 1815. Rebuilt in 1861, it was shifted to its present location in 1879. The beauty of the place will surely enchant you and you would find that the place is rarely frequented by the locals.

A similar experience could also be encountered if you decide to visit the ‘Yiga Choeling’, popularly called Old Ghum Monastery. Being one of the oldest and largest in the Himalayas, it is bound to dazzle you with its architectural brilliance, oozing sense of symmetry and colour. However, the silence and aloofness of this beautiful monastery with its desolate location would surprise you when you realize that the place is left to its solitude. The burning lamps and the essence of the place would continue to exist as the locals chose to give it a miss on a regular note. A very few monastic members could be found to fill you in, if you decide to walk on the paths of spirituality. 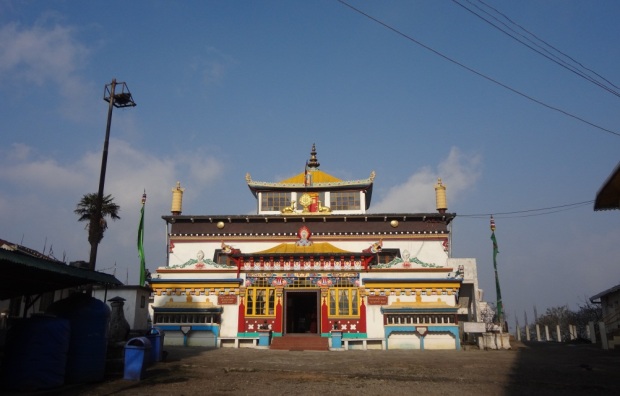 Shokpo Sherab Gyatso, a Mongolian astrologer is said to have built another monastery in 1850, which attracts your attention as you take the Hill Cart Road to Darjeeling. Once you stop at ‘Samten Choeling’, also known as Ghum Monastery, the number of tourists flocking the lawn would astonish you along with the visible absence of the locals. Young monks could be seen selling souvenirs from a stall outside the prayer hall while the small café is busy serving the tourists local delicacies.

Colours through the window, Samten Choeling

Dali Monastery is perhaps the only monastery in the region frolicking on its flourish as the other institutions in the seat of spirituality saw a steep decline in popularity. Comparatively a new monastery, established in 1971, it has the highest number of monks residing and practicing spirituality. The place also has a school for the monks as you would find little monks, on the verge of beginning their spiritual voyage, running down the stairs and back. It has also become one of the major tourist attractions lately and is famous for the serene atmosphere and a wonderful view of the hills that it provides.

‘Tashi Dargayling Monastery’, established in 1926 and run by the Tamang Buddhist Association, is situated at the heart of Darjeeling. A visit to the place would let you enjoy its heritage while you try to investigate why it is being ignored by the tourists and forgotten by the locals, frequented solely by the sprawling pigeons. 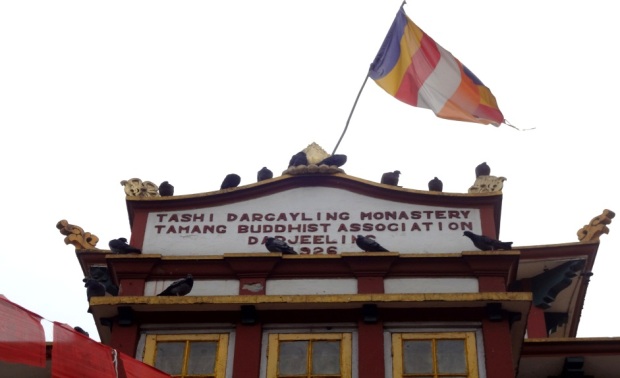 Once you begin wondering the reason lying at the heart of this gradual decline in the popularity of the monasteries and the factors responsible for the awkward loss of significance of spirituality in the lives of the locals, the need to investigate with the people dwelling there creeps in. A little chat with a fruit-vendor, Bhumi Tamang on the issue concluded with her adamantly saying, “I will have my bread. Spirituality can wait. It would not feed my family,” with a smile sticking to her lips. 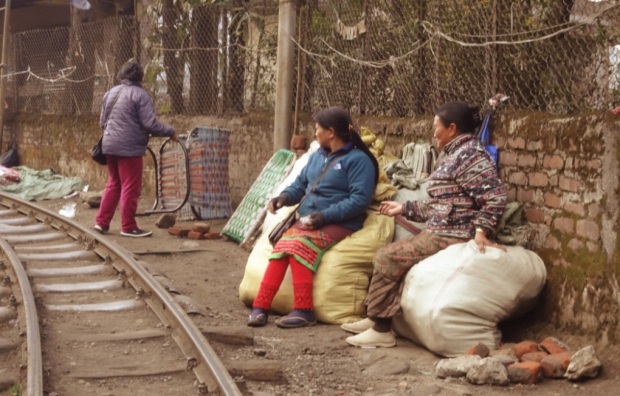 Life in the hills has always been difficult. Tourism being one of the major economic prospects, most of the local families can be found engaged in tourism in varying capacities. However, many of the families has to deal with perpetual financial crisis. Working hard to make both ends meet, they confessed their inability to care for spirituality with their feet firmly placed on reality. Selling tea at a small counter, people like Roshan Thapa and Prabhas Gurung found it extremely difficult to worry about the spiritual life, citing the shortage of time. 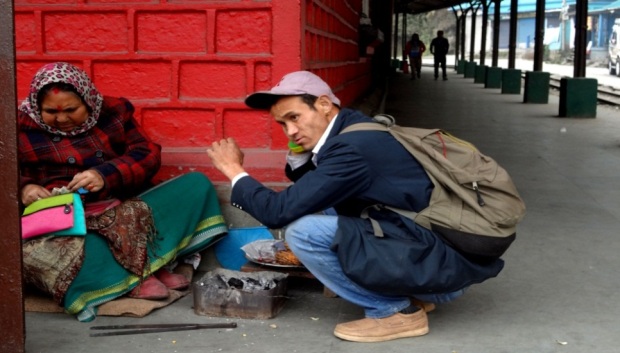 Roshni Sherpa admits being busy throughout the day to care for her family and running a make-shift garment counter for the tourists. When asked about the monasteries, she was quick to admit she hasn’t been to a monastery for the last couple of years.

Hills beyond the reach to bustling tourists

Although the Himalayas boast of a rich heritage of housing ancient monasteries since centuries, with the serenity and peace that the mountains can offer, fit for spiritual emancipation and guidance in one’s quest for knowledge of absolute truth and higher planes of existence, a gradual shift of frames is noticeable to any conscious observer. However, negotiating the socio-economic scenario will always be a major concern to reckon with in the twenty-first century world. That might as well prove to be a conspiring factor mapping the dip in interest of exploring one’s spiritual side, while also justifying the dwindling number of monks visible in the hills.

As far as the tourists are concerned, the hills will always be a beautiful place, shining bright and happy; young girls and boys running in colourful dresses; men and women greeting you with smiles. The hills will continue to summon you for a visit on vacations and make you dig deep, fishing out excuses to escape mundane specificities of life. Yes, people would go on acting strange and invariably find it more important to worry about the deadlines than bothering about spirituality and ancient monasteries.

Children playing in front of their house, not burdened with worries of the world

The world will move on, as it always does. And on your next visit, you would find yourself walking through the cloudy mist, musing about the colourful flags, caring even lesser for their significance. 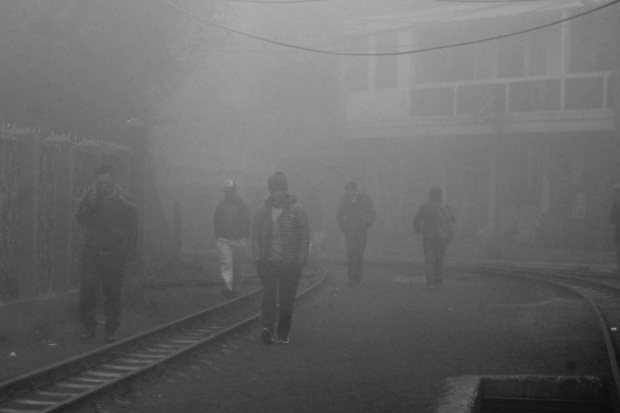 A morning at Ghum

Bio:
Supromit Maiti teaches English literature at Raja N.L. Khan Women’s College, West Bengal. He is pursuing an M.Phil. at the Department of English, Vidyasagar University, working on the aspects of dream, desire and the unconscious in relation to the fictions by Japanese author Haruki Murkami.