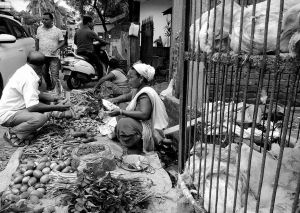 The North-East India is known for cultural heterogeneity and a diversity of outlook. Representations of women by writers from the North-East, like Indira Goswami, Arupa Patangia Kalita, Rita Choudhury, Mamang Dai, Easterine Kire, Temsula Ao, Anjum Hasan, Monalisa Chankija, etc. are celebratory and liberating. To a considerable extent, their writings map a social and historical space that is polyphonic and variegated. Their writings interrogate the canonical texts, elitist practices and heterosexist assumptions of culture. These women writers from the North-East have invariably dealt with the issues of oppression, subjugation, invisibility, silences, and gaps in the periphery. However, their writings also question a legacy of what are being “discarded,” “de-valued,” and “discredited” in the context of the North-East. These writers showcase the fact that the socio-cultural scenario of a region like the North-East cannot be represented without alluding to the struggles over the meanings of democracy, definitions of legitimate authority and control, policies and practices exemplifying the clash of ideas in local communities and state legislatures, principles of land acquisition and tags of identity attached to it. Such assertions get accentuated if we take account of the partition narratives, sagas of violence and conflict, and also a tinge of restraint that undercuts any ideological assumption on modes of victimization, and the intense pain and anger associated with it. The representation of a region like the North-East is aligned with diverse systems of knowledge production. How writers are heard, how to sell products in a national/global market, what kinds of writings are approved, who decide the success of a piece, how performance is measured, what are the “saleable” ingredients of the North-East – all these issues are by nature political. In the axis of knowledge production, the agenda and visions are marked by inherent complexities and imbalances as we heavily lean on changing material and ideological conditions. Moreover, the systems of each region document the hidden differential effects of either a “common” culture or region-specific distinct cultures. Not only this, coming to grip with the discourses of representation of women by these women writers also acquaint us with the dominant social privileges that accompany it. Nevertheless, the acts to reform and the emancipatory directions in literature exhibit counter hegemonic alliances in profound ways. In a more gritty way, the right to install a worldview in a text requires multiple movements and progressive projects behind it. The women writers of the North-East not only portray an ensemble of general will and popular interest, but they also articulate how and why the word “woman” cannot be dissected as a single, homogenous, and stable aspect in a range of socio-cultural transformations across the region. In the contours of the North East, there is both territorial integrity and segregation. Tilottama Misra contends that a touch with “other” cultures has opened up the land to an exchange or negotiation of ideas, mores, values, and paradigms. Cultural loss and recovery go hand in hand, and cultural appropriation in both oral and written forms is a recurrent feature. Tilotamma Misra opines in this regard:

The main waves of cultural invasion that have wrought significant changes in the literary world of the region originated in the Bhakti movement, followed by the various reformist dispensations of the nineteenth century, colonialism and the Christian missionary activities that accompanied it, and the new culture of development that has become a part of global culture. Each of these encounters resulted in different forms of resistance as well as appropriations. The clash of cultures has often led to the loss of traditional forms and the adoption of new cultural icons that threaten the existing ones. (xi)

The creation of a syncretic culture, especially in Assam, Manipur, and Tripura, is historically rooted in the Sakta, Shaiva, and Vaishnava forms of Hinduism; the influences of Buddhism and Islam; and also the 600-years-reign of the Tai-Ahoms (in Assam). The advent of the British in 1826 unfolded an era of colonial modernity and the superimposition of a “Eurocentric Enlightenment” (Misra xii). Also, the slow and steady perpetuation of English as a medium of instruction tangentially led to new explorations and agendas. However, the acceptance of the colonizer’s idiom as a medium of expression has its pitfalls, and is obviously fraught with the polemics of “Indianizing” a language. Nevertheless, the patterns and an internal landscape of native experiences are deftly blended with the communicative potential of English language. This commonality of experience overlaps with an intensely self-reflexive mode and a strong sense of awareness. It also underlies apparent differences in terms of socio-economic interests and indigenous integrity. Vehemently denying the resemblance with postcolonial writings of Africa and native America, Temsula Ao gauges the situational creation of terms like “mainland” culture and the “other” in the writings from the North-East. In a similar vein, she opines:

…the people of North East India seem to have attained a new maturity in their perceptions about themselves, that the ‘other’ of their position vis-à-vis mainland India was not ‘them’ elsewhere  but very much within their own sense of isolation in an oral culture. Once articulated through the written text, similarities of worldviews with other cultures have helped forge new affinities, and at the same time enabled them to accept the differences as only uniqueness of any given culture rather than as denominators of any deficiency or inferiority (109).

The ongoing categorization of the “mainstream” culture and the “other” cultures at the periphery calls for a shift in the gravity of visualization and also a wide spectrum of power relations. In a way, such an action demands the historical, empirical, and theoretical tools in use, complementing and extending the scope of investigations in a system that debunks any conclusive explanation. Moreover, Birendranath Datta has much to say in this regard:

All of us have heard it suggested, both overtly and covertly, at different times and in different contexts, that the northeastern region is removed from the Indian mainstream. If we leave aside the political implications of such suggestions (which, when applied indiscriminately to the people of this region at large, is open to serious challenge), and confine ourselves to the sociocultural ones, we might as well agree that they somehow reflect shades of historical and contemporary reality. The North-east does have a special character of its own; the sociocultural milieu of this region holds up in the present day, as it has done in the past, a picture that somehow distinguishes it from the rest of India. As such, this special character cannot be understood, much less assessed, in terms of the commonly accepted standards of what constitutes the Indian mainstream (8).

The North-East is constantly evolving; always in formation. Hence, in order to redistribute and reorganize knowledge, the discursive construction of social identities along lines of gender, race, and class has to be understood in terms of the place. Moreover, the other parameters concerned here are the evaluation of what it means to be a colony; how “social movements challenge such control from below and are themselves changed in the process”; how the ideas of oppression in communities are mobilized; and how consciousness, identity, cultural cleavage are affected (Apple 4). The process of “otherization” not only depends on the pervasive axes of dominance and subordination, but it also engages a specificity of agreement and disagreement. The questions, herein, are many: What forms/ types of “others” are built and rebuilt, formulated and negotiated at the base of cultural politics? What about the thousands of invisible people whose economic realities are expunged from the records and archives of the state? Why such-and-such type of official knowledge is taught within a specific kind of institution? What is the motive behind the act of de-skilling and re-skilling women? What about the women who are incarcerated in asylums and prisons? Why does a section of women that are poor and voiceless not heard? The questions, perhaps, debunk a single explanation. Women’s Writing from the North-East provides a fertile arena for such contestations. The power talk, in the internal and external zones of life, is always an important focal point in such writings from the North-East. As such, how reliable are these “rational” forces and effects of power? To some extent, the public representations of women also peep into the closet of “actual” happenings in the terrain. Caught in the chasm between what “is” and what “should be,” the representations of the North-East in art and culture have resulted in myriad modes of political consciousness. Crisis, stasis, and change at the periphery acquire new imbrications at the face of social constructionism.

In feminist discourse, right from the detection of androcentric biases in traditional approaches to the reflection of resentment and evidence of resistance in modern times, the treatment of women-centric issues have always been a political one. Keeping in view the above arguments, we can state that the woman is a text, a site which is observed not as a finite, closed-off product but as a production in the process of being made, “grafted” into other multiple texts, other myriad codes, articulated thus in terms of sociocultural markers and historical citations. Theoretically, in a society, the range of representations of women is limited and stereotyped in both constricting and negative ways. This reproduces the experience of lived oppression, thereby perpetuating social marginalization. We cannot deny that there are acts of both affirmation and resistance to normative social and cultural constructions. Thus, as an agency of social process, the mode of functioning of the woman in a sociocultural space is both interactive and voiceless, participatory and distinct. What the women writers from the North-East do is to claim equality in terms of historical specificity and to create an idiom of resistance. The techniques employed by them jump from representing social types to representing the subjective variational patterns of a population. In the Women’s Writing in the North-East, there are attempts to find one’s own space within the realm of feminist imagination and culture building. But the questions are: To what extent does a female subject have the freedom to exercise choices in oppressive structures? How does a woman define a “conflict situation,” especially in the context of administrative highhandedness and military intrusion in the North-East? How does a female culture get mutated at the wake of episodes of violence, insurgency, public anger, and notoriety? How does representation of women reproduce, enable, sustain, challenge, subvert, and critique  ideology?

I hope that the essays collected in this issue of Café Dissensus will answer some of the questions and provoke readers to think.

Guest-Editor:
Dr. Namrata Pathak teaches in North-Eastern Hill University, Tura, Meghalaya. She has two books up her sleeves, Trends in Contemporary Assamese Theatre (2015) and Women’s Writing from North-East India (2017). Her articles and research papers are published in national and international journals of repute.