Guest Editorial: Why the Hijab? 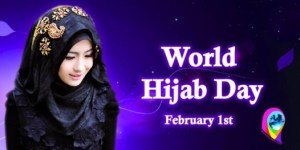 For a hijabi (one who wears a headscarf), “why the hijab?” is a question that she is asked all the time. This issue brings together a host of voices which answers that question in myriad ways and asks back, “why such a fuss about the hijab?”, “why target the hijab alone?” and “why not the hijab?”

There are Muslims who believe the headscarf is mandatory, as well as those who think it is not. Some find the diktat in the Quran asking Muslim women and men to dress in a particular way and to be modest is one of the most important parts of following Islam; and some take it as not literally an act of covering but being modest in attitude would suffice. However, it is unambiguously clear that non-Muslims find the act of covering hard to comprehend. The thought of a woman covering herself up to please an unseen god forsaking worldly recognition is a conundrum. Though we live in a world which believes in dressing appropriately for each field and occasion, somehow adding a scarf to one’s ensemble of accessories for reasons of faith is beyond comprehension for most; even for those who claim to be liberals championing everybody’s freedom of choice. Add the ubiquitous atmosphere of Islamophobia to it, and the hijab becomes something that is a symbol of subjugation of the Muslim women by the ‘violent’ Muslim male. Based on such a presumption, we have seen the hijab being banned in countries like France, and at specific locations such as offices or schools in the west.

While we were getting this issue on Hijab ready for publication, we had yet another not so “breaking” news, regarding a headscarf ban, here in India. The Central Board of Secondary Education banned wearing of a headscarf or even full sleeve dresses for the All India Pre-Medical Test (AIPMT) to be re-conducted on 25th July. Muslim students came out in protest claiming the dress code a violation of their religious freedom. But this new diktat and the protest against it do not garner any mainstream media attention. Therein lies the importance of this July Issue of Cafe Dissensus that concentrates entirely on Indian Muslim Women on the Hijab/Veil.

This issue tries to showcase the voices of women who want to speak for themselves regarding their choice to “cover” and what that choice entails. These narratives try to make a point that Muslim women are more than the hijab. They are so much alike in all their aspirations and insecurities as any other human and differ in their choice of dress alone. The reminiscing article by Noorunida shows how this one choice is used as a wall to bar them from the mainstream, and how alienation follows. Nazreen rightly exclaims in her article how a barely one-meter fabric somehow makes it okay for even virtual strangers to make assumptions about Muslim women’s background, their choices, and even their future. The narratives by Safiya and Feba bring out the insensitivity and obstinate bias that people hold on to, regarding the Islamic dress code as well as most things related to Islam. They link the backdrop of such biases to the way secularism is coded. The way secularism is almost equated to validating the majoritarian culture, looking down upon everything different. Feba forcefully argues that people who constitute the dominant social ideology have internalized a confidence that assures them a sort of legitimacy with respect to their actions. And their criticism, often generated in the form of advices, are actually ‘abuses’ whether consciously or unconsciously purported, and  are symbolic of the intolerance to accept religious difference, especially a Muslim one. Such a position of unequal power relations actually makes them comment with derision on what they assume to be the covered Muslim women’s life experience. It is a pity that though, almost all premier institutions of higher education in India have women in hijab pursuing their dreams in different disciplines, the perception of ‘hijab’ as a regressive cage remains. Though most Muslim women choose to wear the hijab and do not bother about how others perceive them, people tend to read their choices as either blind subservience or radicalism and identity politics, and keeps throwing the question, “why the hijab?”

Minu Fathima in her article weaves the cultural thread that brings Muslim women into the fold of wearing or not wearing the hijab. She touches upon the often ignored fact that diversities and complexities behind veiling is also one way of understanding how Islam is interpreted and lived differently in everyday contexts by Muslim women in societies all around the world. Anila’s narrative moves on to pointing out how something accepted as a mere cultural tradition, over the years, through reading and understanding, becomes an informed choice…a choice to exalt oneself in God’s eyes and make a statement in front of the world.

On a more theoretical note, Jenny observes how Muslim women are caught in the cross-fires of a structure of “progress/regressive” dichotomy; a dichotomy that is created by a secular liberal milieu, which is again a majoritarian enterprise. She uses her caste-based experience to show how modern-day Indian feminism is not just excluding women from their marginal communities, but it is also oppressing them. It is trying to wrench them out of their own sense of the world and their social locations that are closely tied to their communities and literally forcing them to convert into a liberal worldview in the name of ‘freedom’ and ‘choice.’ Shah’s photo essay shows how hijabis still make it a point to impact in the world they live in. It is an attempt at creating a collage of instances from the life of hijabis and how they are so visible through their important interventions in society, and yet are made invisible in mainstream media and discourse.

In short, each author in this issue of Cafe Dissensus stresses how they navigate the prying questions and inherent derision that entails the wearing of a hijab. But, undoubtedly, all are solid statements of unabashed determination. This determination comes through in the words of Samra and Fasila too. Muslim women, especially students, are not ready to accept the infringement of their freedom to practice their faith and are bent on using new mediums to bring their issues to focus. When their faith is reduced to a mere identity marker, they answer back in ways reminiscent of Paulo Freire:

“Without a sense of identity, there is no need for struggle. I will only fight you if I am very sure of myself.” (The Politics of Education:  Culture, Power and Liberation, 1985)

Varsha Basheer is at present Doctoral Candidate in English Literature at the University of Kerala, India. She is also affiliated Faculty with IRDP, Centre for Race and Gender, University of California Berkeley. She has been teaching English as Second Language for undergraduates and also works closely with organisations promoting interfaith dialogue and inclusive action. Her research interests include critical Media studies, Comparative Religious Studies, Religious Pluralism and Secular Modernity. She intends to pursue Post-Doctoral research in Women’s Studies in Religion.

Tags: Feminism, Hijab, India, Muslim Women
From: Issue 1/ Beyond Mumbai, 2012
← Writing My Own Story, In My Own Terms
Contents: Muslim Women on Hijab/Veil (Issue 16) →
No comments yet