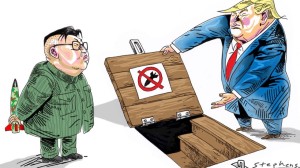 Ingudam Yaipharemba Singh completed his Ph.D. from the Department of Defence & National Security Studies, Panjab University, Chandigarh. His works have appeared in many local newspapers as well as in research journals. Also, he contributed a chapter to an edited book, Environmental Crises and Sustainability: A Response.

Zahid Hussain is currently a Junior Research Fellow in the Department of Political Science, Jamia Millia Islamia, New Delhi, India. His works have appeared in the local dailies of Kashmir as well as on national news portals in India.

Ishrat Mohi-ud-Din completed her Masters in Psychology at the Department of Psychology, University of Kashmir, Kashmir.

Layeeq Ahmad Sheikh is pursing Ph.D. at the Department of Political Science, University of Hyderabad, India.