Representation of Muslims in Bengali Cinema and Television 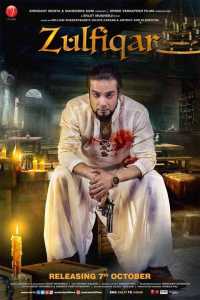 Bengali Muslims never acquired a prominent space on Bengali silver screen, unlike Hindi cinema where Muslims were represented adequately and also involved actively in making those visuals. Nevertheless, the representational format of Bengali Muslims started changing during the course of time intertwining with the changing socio-political situations. If we look back, Muslims did not share any screen space with majority Hindus during the post-independence era. However, there are films which were released in later years, such as Ghare Baire (directed by Satyajit Ray, 1983), Padma Nadir Majhi (directed by Goutom Ghosh 1993), Rajkahini (directed by Srijit Mukherjee, 2015), which were set in the backdrop of Partition and the narratives demanded some Muslim protagonists in those films. Though the post-independence era is considered as the golden era of Bengali cinema where international auteurs like Satyajit Ray, Ritwik Ghatak, Bimal Roy and Mrinal Sen delivered their most remarkable works, there is hardly any film by them where Muslims are represented. They were internationally acclaimed because of their neo-realist approach which made them to portray reality and struggles of ordinary human beings. However, they only showcased the hardships of the ordinary Hindu citizens of the country ignoring the people of other communities, especially Muslims who constituted a majority of the population. In this piece, I want to locate the reasons behind the under-representation of Bengali Muslims and the changing pattern of representing them in Bengali cinema. To analyse this trend, we need to look at the status of Muslims and the Hindu-Muslim relationship in Bengal from a historical point of view.

American historian Broomfield rightly described the Bengali Muslims of colonial Bengal as “the forgotten majority” (Cited in Raju. J. H.: 2015). The exclusionist nature of the bhadralok (gentleman) public sphere as a Bengali-Hindu arena made the Bengali Muslims of colonial Bengal almost invisible. Andy and Azad point out, “for too many Hindu bhadralok, the Muslims did not exist except as objects of occasional high-minded concern” (Cited in Raju. J. H.: 2015). One of the primary reasons for the invisibility of the Bengali Muslims from the public sphere is the absence of a large enough English-educated middle-class among them. Ramkrishna Mukherjee referred to the 1871 census report of Bengal that noted, “the Mussalmans form a very large majority of the cultivators of the ground and of the day labourers” (Cited in Raju. J. H.: 2015). Thus, the middle-class that developed in Bengal by the end of the nineteenth century was composed almost entirely of the Hindus. Middle class Hindus did not have the equal status and position like the western bourgeoisie, but renaissance politics stabilized the status of middle-class Bengali Hindus. As a result, they acquired the position of the intellectual Bengali bhadralok (Raju. J. H.: 2015).

Bengali Muslims are often called yavan (outsiders) or nere (inferiors) by Bengali bhadralok Hindus. It becomes evident even in the writings of the most prominent novelists like Bankim Chandra Chattopadhyay and Sunil Gangopadhyay, who attributed the term nere to describe Muslims. These two words have different connotations but both are used in a derogatory sense. As Bengali Muslims are often called yavan (foreigners), they are never considered as the natural brother of the Hindus and are not accommodated in the Bengali-Hindu public sphere. The process of excluding Bengali Muslims continued till the late 19th century and the trend was reflected in Bengali film industry.

Bengali Hindu bhadralok­-led Calcutta film industry and Hindu Bengali culture became a common narrative in the pre- and post-independence films. There were very few films which had Muslim characters, and there was no representation of Muslims in Bengali film-making. Thus, Bengali Muslims simply became the captive audience of Bengali cinema. There are probably two reasons of this exclusion. First, Bengali Muslims’ non-participation in the performing arts for centuries resulted in making Muslim actors and actresses nearly non-existent. Second, a large capital was required to produce a film and Bengali Muslims did not have that.

Whenever Muslims were represented in the narrow cinematic space, they were depicted mostly as a marginalized section of the society. Satyajit Ray’s Ghare Baire (1983), based on Rabindranath Tagore’s novel, Ghare Baire, is set in early 20th century India (specifically, 1907) in the estate of the rich Bengali noble, Nikhilesh (Victor Banerjee) in the chaotic aftermath of Lord Curzon’s partition of Bengal. It portrays a picture of post-partition and the complex nuances of Hindu-Muslim relation of the time. Muslims are represented as a chaotic working class people, who are manipulated by the British. As a noble, Nikhilesh tries to pacify the tension by doing welfare work for the community. Although Ray depicts the complex nuances of the community and the inter-community relationship, we hardly find any representation of Muslims. Another landmark film, Padma Nadir Majhi (1993), an Indo-Bangladesh joint production, is based on Manik Bandopadhyay’s Padma Nadir Majhi. Goutom Ghosh represented the miseries and struggles of the fishermen irrespective of their religious identity. The film is set in the backdrop of the Partition of India (1947) and the creation of East Pakistan. The central protagonist, Hossain Miya, a Bengali Muslim, wants to establish a little utopia on an island in the Padma delta. He doesn’t care if the people who populate it are Hindu or Muslim. Another film, which is set against the backdrop of Partition, is Rajkahini (2015), directed by Srijit Mukherjee. This film revolves around 1947 and explores the consequences of India-Pakistan Partition in Bengal. The main plot revolves around a group of women, who engages in flesh trade in a brothel, headed by Begum Jaan (Rituparna). Delving into the grim history of the Partition, Mukherjee’s movie is woven around the border between the two nations that runs through the brothel.

The films, Ghare Baire and Rajkahini, portray the complex nuances and human sufferings, owing to two partitions (1905 & 1947). Muslims are represented as poor farmers and prostitutes respectively and the silent victims of atrocities of the state. They did not have the power to manipulate the decisions of authorities, much like in reality, as they never held important positions which would let them exercise power. In Rajkahini, Srijit Mukherjee tries to blend the flavour of the Muslim social and the Muslim courtesan genre. While these films represent Muslim life, they are refracted through the lens of poverty, without the additional baggage of Muslim identity.

The trend has started changing in recent times. Bengali Muslims are no longer invisible in the cinematic space but they are represented in a negative light. Bengali films have started portraying Muslims as religious fanatics, underworld don or a good friend of the hero. Shudhu Tomari Jonno (2015), directed by Birsa Dasgupta, represented the second lead protagonist, Shiraz Chowdhury, as a deceitful lover, who betrays his girlfriend for his religion. Aparna Sen’s Arshinagar (2015), an adaptation of Shakespeare’s Romeo and Juliet, is set in Bengal. It is a musical romance drama where Sen shows the romance between Ranajit Mitra and Julekha Khan. She tries to blend the genre of modern age underworld don and Muslim social. From the beginning, the romance between Julekha and Ranajit is defined by a Hindu male gaze motivated by a curiosity to penetrate the exoticism of the other. The most controversial film of recent times is Zulfiqar (directed by Srijit Mukherjee, 2016). Mukherji introduces us to the system of black marketing in the ports of Kolkata. Based on Shakespeare’s Julius Ceasar and Anthony and Cleopatra, the film portrays the story of Zulfiqar Ahmed, a prominent leader of The Syndicate (a powerful organisation which looks after the happenings in the heart of the city). The film Zulfiqar starts with the introduction of Kolkata with a background voice, which says: “Do you know that Kolkata, ‘the land of Durga Puja and Rabindranath Tagore’, has a dark underbelly? It has a ‘small country inside the city of Kolkata’, except ‘without a national anthem and a flag’. And can you guess which religion they follow?” Futher, M Reyaz writes, the filmmaker employs all the stereotypical tropes associated with Muslims in India: blood-shed, betrayal, infidelity, Muharram processions, recital of the Quran. The voiceover declares, perhaps in the voice of a city police officer: “The dock area, consisting of Kidderpore, Metiabruz, Garden Reach, (is) a small country, inside the city of Kolkata. Yes a country, only without a national anthem and a flag.””

Thus, if we look at the representation of Muslims in recent times, Muslim identity has been reduced to the stereotypes of religious fanatics, murderers, savages, underworld dons, and prostitutes. Much like Hindi cinema, Muslim women are ascribed exotic attributes. Apart from walking on the tested formula of Hindi cinema of representing Muslims as courtesans, underworld dons, etc., Muslims are also represented as the lead protagonist’s best friends, as in Borbad (directed by Raj Chakraborty, 2014). After their invisibility in Bengali cinema for almost half a century, this trend of representing Muslims in Bengali cinema is very new.

Much like Bengali cinema, soaps in Bengali regional television channels, too, have started representing Muslims. Daily soaps such as Keya Patar Nouka (Zee Bangla, 2011-2013) and Debipaksha (January 30 – May 28, 2017) depicted Muslims as the subordinate or marginalized sections of the society. In Keya Patar Nouko, a Muslim family was represented as the servant of a Hindu noble family. The only son of the family is Sonababu or Souendra Narayan Chakraborty, who shares an inseparable bond with his childhood friend Kiran, aka Fatema, daughter of the Muslim family, who is loved by Sona’s mother and fondly renamed Kiranmala. Debipaksha foregrounds Rehmat Khan, a loyal bodyguard and a friend of the Dev Burman Family. In both the soaps, Muslims are marked with certain attires, such as women in headscarf, men with Arab Keffiyeh (scarf); they also speak a typical language, Bengali with a smattering of Urdu words. Keya Patar Nouko portrays the practice of polygamy and beating of wives, thereby representing Muslim women as the most marginalized in their own community.

To conclude, if we look at the representational schema of Muslims in Bengali entertainment media, we will realise that there is a new trend. Within the limited presence of Muslims in soap operas and films, Muslims are represented as the ‘cultural other’. They always carry the burden of speaking a strange language which is neither Bengali nor Hindi nor Urdu; of wearing a skullcap, Arab scarf or hijab. There are barely any Muslim men or women, who live a ordinary screen life without these attributes.

Tags: Bengali Bhadrolok, Hindu-Muslim Relation in West Bengal, Muslims in West Bengal
From: Issue 1/ Beyond Mumbai, 2012
← A Conversation with Docu-maker, Soumitra Dastidar
A Study of Ahle-Hadith Girls’ Madrassas in Rural West Bengal →
No comments yet