Looking at the Wrong Side of the Carpet: When Loss is Gain 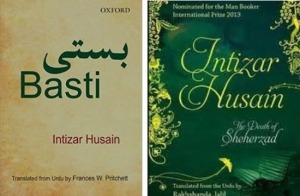 There is providence, it is said, in the fall of a sparrow. A chance meeting sometime in the year 1991, with Dr Rao, the Editor of Indian Literature, the journal of the Sahitya Akademi, India’s apex Academy of Letters, proved not only fortuitous but had consequences far beyond any that anyone could have foreseen. Dr Rao was looking for someone to translate a particular story by Premchand, “Mandir Mandir”; he suggested, quite without preamble, that I should do it and he would publish it in his journal. He over-ruled my qualms about no previous experience at translating, let alone writing. I was then working as an Assistant Editor at the India International Centre and that, coupled with the fact that my spoken Hindustani was passably good and Urdu, as I had told him was my mother tongue, he felt was quite enough. Soon enough, I had pecked away industriously at a battered old typewriter and presented him with a translation which he duly published in the Indian Literature. Little was I to know then that the sequence of events that would unspool – almost in slow motion over the next two decades – from that chance meeting and that generous, almost avuncular, suggestion would give birth to an undreamt of literary career. For someone with no literary ambitions at that point and no academic interests either, that single act of translation would prove to be the foundation stone almost 25 years later, I am still building on that single fortuitous meeting.

Looking back, it seems as though I had tasted blood after translating that one Premchand short story. Within a year, in October 1992 to be precise, I had published a collection of 10 short stories by Premchand with Harper Collins. Called The Temple and the Mosque, it was a slim book with a short, a very short introductory note, called rather self-effacingly, ‘Translator’s Note’. Looking back, it seems odd that I was content to dub it so; perhaps, the sense of ownership I now have with a text was entirely missing then. And it is this sense of ownership that has been my biggest gain in this journey – which is as much personal as professional – spanning 25 years.

Losses are inevitable in the act of translation but, taken in the balance, the gains far outweigh the losses. A work of translation, it is said, is like looking at the wrong side of a carpet; the pattern and outline is clearly visible on the ‘wrong’ side but what is missing is the sheen and colour and brilliance of the ‘right’ side. Instead of being daunted by the losses, I do believe one should think of the immeasurable gains. For, if intrepid pioneering translators had not worked upon the finest of world literatures how much poorer our ‘own’ literatures would have been. Imagine not having read the Greek classics, The Iliad, The Odyssey, The Republic, imagine no Maupassant, no Russian Masters, no Gabriel Garcia Marquez, no Pablo Neruda either.

Coming to Urdu literature, especially Urdu poetry, it is a challenge and a formidable one to translate from Urdu into English. Let me give an example from Shahryar, whom I translated before (Through the Closed Doorway, Rupa & Co, 2004) and whose biography I am currently writing for the Oxford University Press. Retaining the compactness and metaphoric precision of the Urdu originals while also carrying into English some of the rhythm and rhyme of Shahryar’s often idiosyncratic use of words and silences, not to mention a peculiar syntax, can be quite daunting. Unlike English, metrical patterns in Urdu depend on line lengths and lengths of syllables rather than stresses. There is also no pre-ordained word order, the poet being free to craft his own syntax; punctuation too is seldom used as most poets prefer to allow natural pauses to do the job. If you look at how Shahryar’s poetry is placed on a page, you will see how he makes full use of natural pauses and builds a pace and tempo into his words that is perfectly in consonance with the direction in which the nazm is taking the reader. While all of this has great aural charm in Urdu, unfortunately in English it can sound like a meaningless jumble of words. I found it best, therefore, to stay as close to the images and let them carry the poem through, where rhythm and rhyme were proving to be elusive to capture in English.

In Shahryar’s poetry the image is important. He cloaks it in a many-splendoured robe of words, words that have a mesmeric spell of their own. As a translator, you have to pull yourself away from their insistent, inward pull to look again at the image. Once out of that tilismic enchantment, you look at the beauty of the image, conjured up by the play upon words. It shines through the many layers of meaning in all its crystal clarity, its freshness and poignancy. My experience, both as a reader and translator, tells me that is when, maybe, you have reached the core of Shahryar’s poetry, felt its newness, and its allure in a way that is almost tactile. That is also the point when, perhaps, you have felt yourself drawn across an invisible doorway through the portal of wakefulness.

Here are some examples:

Among those who crossed over

The habit of living

The fear of morning

The pleasure of wakefulness

You will be punished

Sorrowful since the morning

Do you remember any of it

It rained for a long time

In the evening, behind the fig leaves
A bare-foot whisper
Ran so swiftly
It nearly suffocated me
I yearned for a drink that tasted of sand
There in the distance a storm brewed
And then it rained for a long time

I am scared
I am scared of those moments
Those moments yet to come
That will search
With great freedom
Every corner of my heart
For those dreams, and those secrets
That I have kept hidden from this world

Bio:
Dr Rakhshanda Jalil is a Delhi-based writer, translator, and literary critic. Her two recent books are Liking Progress, Loving Change: A Literary History of the Progressive Writers Movement in Urdu (Oxford University Press, 2014), and A Rebel and Her Cause: The Life and Work of Dr Rashid Jahan (Women Unlimited, 2014).

Tags: Indian Muslims, Urdu, Urdu in India
From: Issue 1/ Beyond Mumbai, 2012
← The Politics of Imagining (in) Urdu in Contemporary India
Scripting a Future for Urdu →
No comments yet