Women’s Mobility and Migration in Jamia Nagar: An agential approach 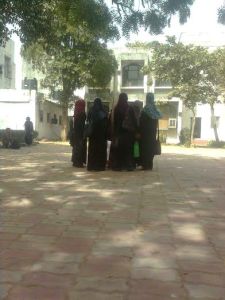 Migration as a social act is closely related to an individual’s decision-making power and the freedom to be mobile. Migration – from one place to another, from one way of life to another, from one experience of being in a particular socio-cultural setting to another – has been an aspect shaping women’s lives in different ways for several decades. It is also important to recognise that in most cases of women’s migration, the apparatus of law flattens the complexities and layering of their decisions to move and their subsequent existence as migrant women. The legal system, thus, promulgates a biased perception of these women as victims who lack agency of their own, and need to be ‘protected’. This colored vision is especially true with reference to migrant Muslim women, which categorizes them as victims and rarely sees their decision to immigrate as a choice to escape an existing patriarchal order or to seek better livelihood opportunities for themselves.

Indian women, Hindu or Muslim, are largely dependent on their husbands, or on their family to take decisions regarding their movement outside the home. Given this scenario, it is important to note that the agency of a woman’s mobility is closely related to the perception and ideas of her family. We argue that there exists an agential approach in women’s migration by linking mobility and migration to the idea of women’s agency, and drawing out the difficulties and dilemmas of being a migrant woman in a metropolis. We substantiate this argument by including data collected through fieldwork at Jamia Nagar, Delhi.

The fieldwork was designed to take into account the reasons for migration and resulting empowerment of migrants. There is an effort to examine the processes through which Muslim women sought to incorporate their individual aspirations as well as larger familial goals.

Jamia Nagar has always been a Muslim dominated area and is home to many Muslim families and single men and women who have migrated from all over India for various reasons that include the search for opportunities for employment, education, and finding a better life. The women have migrated from Bihar and Uttar Pradesh to Delhi with the permission of their family, and mostly along with them. All the women are educated; contrary to popular belief, only one of them has been educated in a madrassa. All others are educated in government or private schools. Two of them are working in MNCs (Multi National Corporations) and one owns her own business. Two women who are still pursuing their higher studies are keen to work afterwards.

Based on the case study, we examine some of the issues pertaining to migration by Muslim women, their choices, their aspirations, and problems. Apart from general labor migration, the case of Muslim women also provides us the opportunity to study migration stemming from violence in the domestic and public sphere, which presents a specific case within this group. We note how Muslim women, given the Muslim personal law guiding them through married life, deal with unwanted, violent or second marriages. 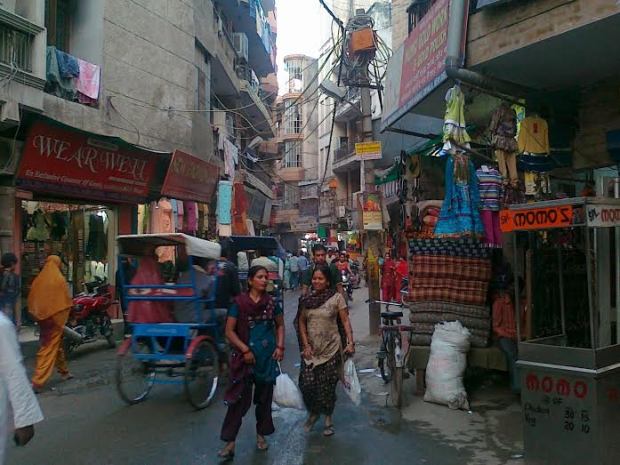 We found that women account for almost half of the migrated population in the area. They have migrated from various parts of the country to Jamia Nagar. Interestingly, reasons for their migration are closely related to the migration of the men of the family, be it divorce, domestic violence or the will of the male members of the family to move away from a disputed area. The women interviewed, belonging to the age group 21 to 60 years, are residents of Batla House and Abul Fazl localities of the Jamia Nagar area of Delhi. It is important to note here that the Muslim dominant regions in India like Bihar and Uttar Pradesh are underdeveloped in terms of infrastructure and migrant women in Delhi experience a change of culture that is closely related to the ‘city culture’ or ‘metropolitan culture’. The interviewees explained how they have experienced ‘freedom’ after coming to Delhi. This refers to the freedom to move around, to take financial decisions, and to dress in less conservative ways, to mention a few. It is observed that for many women, home was a suffocating place. They were fleeing from small-town prejudices and overbearing male relatives. The respondents also noted that if they had continued to live in their native places, it would have resulted in continued suffering and dependence. It is migration to Delhi after marriage that is viewed as a very empowering experience by all the interviewed women. Independence here is also linked to interaction with young men, which is otherwise prohibited. In fact, the younger women express their joy towards the new-found freedom in all aspects of living. In our study, a 21 year-old student respondent, who migrated to Delhi for education and has now decided to settle here after marriage points out:

It was fun coming to a new place. I have always heard about Delhi, the buildings, the fun. Delhi lived up to its expectations. My brother was busy in his work, and I had lots of friends who used to take me to various places here. We just had to be careful about the timings of returning, as it is not safe at night, but otherwise it was all fun. The best part is that my friends live near my house, so whenever I wish I can meet them to make plans. Travelling alone is fun too. My finances are handled by my parents and my brothers, and interestingly after my brother started earning I have to answer less about my expenditure. Also, it is the first time I interacted with boys, and I enjoyed it thoroughly.

Migration to Delhi also involves freedom from violence in the domestic sphere and from communal violence, for example, in Bhagalpur, Bihar. Women who were suffering domestic violence or were abandoned by their husbands had moved to Delhi to obtain education and jobs, overcoming the dependence on their family or the families of their husbands. This is in contrast to the popular belief that Muslim women find it difficult to move out of a marriage. For instance, a 23 year-old woman who shifted to Delhi, with her two children, to attain education and a job after being left by her husband, told us:

Those were sad times, my sasu ma (mother-in-law) suggested that I should continue my education, and get settled somewhere. She was suffering from guilt because of her son. My father decided to send me here to my mother’s brother and his family. My father accompanied me and my kids by train. Mamu Jaan (mother’s brother) told him that it will be good if I could be educated and support myself. The idea clicked with me and my father. I am living here for the past four to five years now. I completed my graduation and B.Ed from Jamia a year ago. Now I am looking for a job.

Many women said that though the decision to move out from the native place was taken by the family or a male member of the household, migration has helped them to progress in life. They are beginning to make independent decisions about their food, clothes, household needs, daily chores, and overall movement outside the home in general. Most of the respondents have asserted their will to stay in Delhi and work for personal betterment. The students, who have moved for education, argue that moving out has helped them have a say in choosing their life partner and the kind of life they wish to lead after marriage.

Already socially constructed as victims, Muslim women’s vulnerability is perpetuated by law and administration, which tend to take a biased view which is often perpetuated among common citizenry. Our fieldwork findings manoeuvre around this ‘Muslim women as victims approach’ and show the manner in which these women, who have migrated to Jamia Nagar, are leading a more fulfilling life in their new locality in terms of social security, well-being, better opportunities, and higher education. Migrating to a metropolitan city gives them a sense of distance from the social, cultural, and religious obligations which were not supportive of their independent lifestyle, which in turn is alien to their lives in the small towns and rural areas of India.

[A longer version of this essay is available as “Women’s Mobility and Migration: Muslim Women Migrants in Jamia Nagar, Delhi” in Economic and Political Weekly, (7 June) 2014, XLIX, 23: 96-104.]

Meenakshi Thapan is Professor of Sociology at the Delhi School of Economics, and Co-ordinator of the  D.S. Kothari Centre for Science, Ethics and Education, University of Delhi. She has been Co-ordinator of the European Studies Programme (funded by the European Union, 2010-2011), University of Delhi.  She is also a Trustee of the Krishnamurti Foundation (India) since 2012. Her first book was Life at School: An Ethnographic Study (Oxford University Press, !991, 2006) and the most recent one is (ed.) Ethnographies of Schooling in Contemporary India (SAGE, 2014). She is also Series Editor of a five volume series on Women and Migration in Asia (SAGE, 2005-2008).  In addition, she has published research papers and articles in a several journals in India and abroad.

Anshu Singh is a doctoral student at Department of Sociology, Delhi School of Economics, University of Delhi. Her research interests are Muslim minority identity, education and urban space. She can be reached at anshusunrays@gmail.com

Nidhitha Sreekumar is a doctoral student at the Department of Sociology, Delhi School of Economics, University of Delhi. Her research entails analyzing Corporate Social Responsibility (CSR) through a socio-anthropological lens. She can be reached at: nidhitha.s@gmail.com