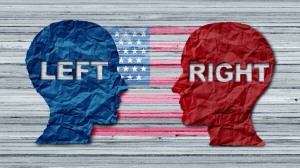 Raymond Williams was an exceptional visionary who talked about the complexity of emergent culture within any society back in 1977. In Marxism and Literature, Williams reasoned that emergent culture is a “radically different [social process] especially to the degree that it is oppositional rather than alternative [due to which] the process of attempted incorporation [by the dominant culture] significantly begins.” It suggests that whenever an alternative culture opposes the dominant culture, the dominant culture deliberately uses the dominant apparatuses to project the emergent culture as a part of the dominant culture. For instance, AAP was founded in 2012 following their anti-corruption agitation as a means to oppose the divisive and corrupt policies of mainstream political parties. However, the mainstream parties like Congress and BJP started challenging AAP not on the account of their progressive anti-corruption policies but by attempting to project AAP as corrupt and divisive as their (individual) parties.

This phenomenon of Williams’s “attempted incorporation” is applicable to the search for a moderate center. The emphasis on locating center in the middle of left and right radicalizes it in a similar way as right and left by enabling a predictable (instead of oppositional or even alternative) frequency to it that is dictated by the dominant culture. To understand this, consider the following situation: when a protest turns violent and the police “lathi” charge the protestors, the media discussions that dominate the public sphere are focussed on choosing a side. Well, this is the point. You don’t need to take sides. You simply need to consider the cause of the protest and decide whether the protest is happening for a reason that is affecting or discomforting your fellow citizens in a particular situation. Are you personally affected by it? If not, is it on account of your caste, religion, race or class? Is your disaffection or neutrality on account of your privilege? These are the questions that must be asked in such a situation, particularly by the mass media.

However, the dominant mass media apparatuses destabilize the whole issue by changing the topic of protest to whether protestors or police turned violent first. This has decentered the moderate center as a myth, thereby raising a pivotal question of whether a moderate, independent or centrist outlook is even possible when the opinions are extremely divided along partisan lines which hurt the lives of the citizens. What we need is a specifically better understanding of what lies in the center and whether the issues related to matters of politics and principles truly have a center. If a person is murdered in broad daylight in front of you, what will signify a centrist outlook? Will it mean remaining silent? These are the questions that need to be asked to liberate us from the myth of centrism being perpetuated by the dominant culture.

Several policies introduced in India in the recent past like demonetization, GST, CAA, NRC, and farm bills have attracted diverse reactions, transforming the Indian public discourse to become an echo-chamber of polarized opinions. Inevitably, numerous citizens are trying to make sense of this polarized atmosphere instead of thinking about the policies or issues around which this polarisation revolves. This issue of Café Dissensus is an attempt to relocate important discussions around the questions of language, religion, gender, social media, ecology, and pandemic. The issue concludes with the resilient poetry concerned with the intersection of multiculturalism, social justice, ways of seeing, the past as it is mirrored in the present, immigration and the native, as well as security and terrorism, spirituality, ruins, lived environments and the degradation of the natural world by Adam Day, PEN award-winning writer, poet, and critic.

Finally, it is imperative to recognise that radicalism, jingoism, and opportunism is everywhere, right as well as left. Center doesn’t mean locating yourself in dissociation with different political leanings. It simply means dissociating yourself from your social position and being able to have a larger worldview. In place of horseshoe theory or fishhook theory, Noah Berlatsky considers the tendril theory to suggest how fascism can often be found not only in the enemies but also twisted around our allies. To fight this sort of radicalism, we need to oppose it everywhere irrespective of ideological stripes.

The primary aim of this issue is to provoke the reader into thinking about these crucial questions and redefining the mainstream idea of a moderate center. If there is a center, it must be individualistic. We must try (at least) to think for ourselves. It can’t be predefined by the dominant apparatuses around us.

With love and hope,
Urvi

Tags: Center, Democracy, Ideology, Urvi Sharma
From: Issue 1/ Beyond Mumbai, 2012
← The Curious Case of Political Labelling: Decentring Yourself in Contemporary India
Contributors →
No comments yet