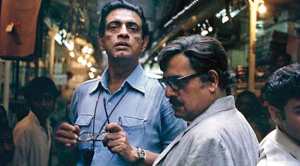 Roshni Sengupta (Issue Editor) is Assistant Professor, Institute of Middle and Far East Studies, Jagiellonian University Krakow, Poland. She has earlier been Assistant Professor at the Leiden Institute of Area Studies, Leiden University, Netherlands and Fellow, International Institute for Asian Studies (IIAS), Leiden. Her research interests lie in areas of South Asian politics and culture (cinema) and post-colonial studies. Her first book titled Reading the Muslim on Celluloid: Bollywood, Representation and Politics was published by Primus India in 2020. Currently she is finalizing a two-part edited anthology on media and literature in post-Partition South Asia. She has published widely in peer-reviewed journals and is also prolific on popular news and opinion portals.

Sharad Raj is an independent filmmaker and a senior faculty at Whistling Woods International, Mumbai. An alumnus of the Film and Television Institute of India, Pune, Sharad was a creative director on television and launched several shows. He has directed two short features and a feature film, Ek Betuke Aadmi Ki Afrah Raatein (The Joyous Nights of a Ridiculous Man). He also manages a cinema website, Just Cinema and is working on his next film.

Sayandeb Chowdhury teaches in the School of Letters at Ambedkar University Delhi. His essays on Bengali cinema and Calcutta’s photographic history have been published in several international journals and thematic anthologies published by Intellect, Routledge, Palgrave Macmillan, University of Brussels Press, and University of Amsterdam Press. He was a UKNA Fellow at International Institute of Asian Studies, Leiden in 2015 and Charles Wallace Fellow in 2016. He writes on art, cinema, and politics for a number of Indian publications, and is the author of Uttam Kumar: A Life in Cinema, forthcoming from Bloomsbury.

Sayan Chatterjee is a fourth-year doctoral candidate and graduate teaching assistant at the Department of English in Ohio University, and is currently working on his dissertation “Victorian Melodrama in Post-Independence Bengali Cinema 1950-1970.” His article “Milestones of Modernity: Vidyasagar, Empire, and the Indigenization of Social Reform” is forthcoming in Victorians: A Journal of Culture and Literature. Sayan is also the 2021 recipient of Ohio University’s Earl C. and Margaret Shively Scholarship, awarded to a doctoral scholar of Literature who has demonstrated outstanding excellence and progress over the course of their program. Besides Victorian and Empire studies, his research and teaching interests include British Modernism, Postcolonialism, Transnationalism, and Race and Immigrant studies in anglophone fiction and cinema.

A teacher, researcher, and Ph.D. from University of Calcutta, Shambhu Nath Banerjee is associated with the Department of Plant Physiology (Ag), CU as a Guest Faculty. He is passionate about writing poems and travelling and also takes a keen interest in photography. His coffee-table book Ek Mutho Roddur collected the poems and photographs of several budding artists.

Joy Sengupta holds a diploma in theatre studies and acting from the Living Theatre Academy and was trained by Prof. Ibrahim Alkazi. He is the recipient of the Mahindra Excellence in National Theatre Award (2006) for the portrayal of M K Gandhi in the epic play, Sammy. He has performed in West End London, Off Broadway New York, NADA Sydney, and the Edinburgh festival and won the V Shantaram award in Acting for his debut feature film Hazar Chaurasi ki Maa, directed by Govind Nihalani. Senguta has worked in over 40 feature films in Hindi, English, and Bengali, many of which have garnered national and international awards and has worked in multiple and popular web series on Netflix, Amazon, and Hotstar. Also, a voice artist and a teacher, Sengupta has given voice to popular characters of Hollywood films dubbed in Hindi, including Captain America, in the Avenger series and teaches theatre in education and theatre and cinema appreciation.

Pratyusha Pramanik is currently a Senior Research Fellow in the Department of Humanistic Studies, IIT (BHU) Varanasi, India. She writes on various online portals like Feminism in India and Borderless Journal. Her areas of interests include Gender Studies, Film & Literature, and Indian Writing in English. She is also a Teaching Assistant in her institute and engages students through several elective courses offered from her Department.

An alumnus of St. Xavier’s College, Kolkata and the University of Calcutta, Samrita Sinha is currently Assistant Professor at the Department of English at Sophia College (Autonomous), Mumbai. She is also a visiting Professor at the PG Dept. of English at S.N.D.T Women’s University, Mumbai. Her Doctoral research is in the domain of Northeast Anglophone Literatures. She has published several articles in reputed international journals and contributed book chapters.

Blanka Katarzyna Dżugaj is an Indologist, Arabist, and Journalist and holds a PhD in Humanities in the field of literary studies. Her research interests focus on the audiovisual arts of the Middle East and Asia, especially Bengali artistic cinema and gender in Asian cultures. She is the author of several publications on Indian and Arab cinema and literature.

Debnita Chakravarti is Associate Professor and Coordinator (PG English) at Shri Shikshayatan College and has taught courses at Calcutta University and Jadavpur University. Her doctoral degree from the University of Reading was followed by a University of Southampton post-doctoral fellowship. Besides Romanticism, she has published widely on gender and popular culture. She balances her conference sessions with conversations at literary festivals. Students learning to read rather than merely reading to learn is her classroom resolve, and she is currently teaching Tintin in Tibet and Sholay to bemused students who thought they were enrolling in a ‘serious’ literature programme.

Prithvijeet Sinha is from Lucknow, India, and teaches at the English and Modern European Languages Department, Lucknow University. He launched his writing career by self-publishing on the worldwide community Wattpad in 2015 and on his WordPress blog AN AWADH BOY’S PANORAMA. He has published in several publications such as Gnosis Journal, Reader’s Digest, Cafe Dissensus Everyday, Cafe Dissensus Magazine, Confluence, The Medley, Thumbprint Magazine, Wilda Morris’ poetry blog, Screen Queens, Borderless Journal, Lothlorien Poetry Journal, Livewire, Rhetorica Quarterly, and his writing is to about appear on Dreich Magazine, encompassing various genres, from poetry to film reviews, travel pieces, and photo essays to posts on culture. Two of his poems, “Dreams” and “Wish Upon a Star” have been published in the children’s anthology titled Nursery rhymes and children’s poems from around the world you may not have heard, edited by Anita Nahal and Meenakshi Mohan, published by Author’s Press.

Paromita Patranobish is an academic based in New Delhi. She has a PhD in Modernist Literature and Visual Culture with a focus on non-human embodiment in works of Virginia Woolf and British Post-Impressionism. She has taught at Shiv Nadar University, Daulat Ram College, and Ambedkar University Delhi.

Aratrika Das rejoices in her mundane existence of cooking fish, sleeping, teaching, dancing, reading, and cleaning. And often tries to think of new ways of reading and writing with her undergraduate students of Ramjas college, University of Delhi.

Indrasish Banerjee lives in Bangalore and works as a knowledge manager, spending his time reading books and watching movies. He has been writing for many years and has published in various Indian English dailies like Hindustan Times, Pioneer, DNA, and some online platforms like KM Insight. He also reviews books on a portal, Reedsy and maintains his own blog.

Rituparna Roy is Assistant Professor of English at the Heritage College, Kolkata. An alumna of Presidency College and Calcutta University, she has taught at several institutions in Kolkata, Leiden, and The Hague. She is the author of South Asian Partition Fiction in English: From Khushwant Singh to Amitav Ghosh (Amsterdam University Press: 2010) & co-editor of the ICAS Volume Writing India Anew: Indian English Fiction 2000-2010 (Amsterdam University Press: 2013) – both written during her time as a Postdoctoral Fellow at the International Institute for Asian Studies (IIAS), Leiden. Roy blogs at Authors Electric.com and her own website (royrituparna.com), and writes features and reviews for The Wire.in, Scroll.in, The Punch Magazine, Jaggery, and Kaani. Gariahat Junction is her first work of fiction, written mostly during her years in the Netherlands. She is Initiator, the Kolkata Partition Museum Project (KPMP) & Managing Trustee, KPM Trust – that aims at the establishment of a Partition Museum in Kolkata.

Debanjali Biswas is a scholar of cultural anthropology and dance studies. She is a consummate performer and is in the process of completing her doctoral research on performativity and performing traditions of Manipur from King’s College London.