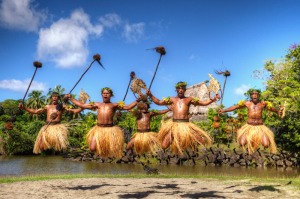 During my time in a Sydney hostel, backpackers often spoke about the highly acclaimed Island “Fiji” in the South Pacific, also known as the ‘Soft Coral Capital of the World’ with a great astrolabe reef surrounding its 333 Islands. A great place for underwater activities. The best time to go is around late October to early November as costs of hotels haven’t reached their peak. The weather is dry, settled and warm; beaches are less crowded. Great, I was escaping to an Island, full of outstanding beaches, tropical Islands and Palm trees. A place where the film Cast Away (2000) with Tom Hanks was filmed. It all sounded great. But, I was traveling in December in peak season. It was a last-minute decision, so I didn’t have the funds to pay for a lush resort and daily excursions. With some research I managed to get a cheap hotel, but, due to a cyclone a day earlier the hotel had been destroyed. The cyclone season is from November till end of April. My head began to spin violently like an unbalanced washing machine during the spin cycle. It was reported to me upon arrival at Nadi airport by Evelyn, the hotel owner, a tall curvy woman with afro hair. She stood tall wearing a reddish dress smiling at me. She had this warmness about her. I liked her instantly. I had read that Fijians are the friendliest and most hospitable people. She invited me to stay with her family. I couldn’t decline her offer. Her warmness had melted my heart.

We arrived at her home in the countryside of Nadi. It was a rambling old farm house with lots of green and an allotment. I couldn’t stop admiring it. I had to stop because everybody at the house wanted to meet me. Evelyn introduced me to her husband John. He had worked in Australia as an Engineer and then her daughters Mary, Carol and her Son Leon. They looked pleased to meet me. I could see it in their eyes. Once, I settled in, they told me that upon the arrival of a guest or any other gatherings such as weddings or birthdays, the Fijian tradition of drinking the Kava, a crop of the Western Pacific, is drunk during a ceremony. Leon was immediately sent to get the roots of Kava. Evelyn walked me over to the living room, where her family sat in a circle. I joined the circle and sat in the lotus position. My back was straight and my legs were crossed on opposite thighs. My knees didn’t hurt sat like that. There was no meditation to follow. Evelyn brought out a huge wooden bowl and placed it right in front of me. The bowl didn’t look like a cauldron used for witchcraft, yet my mind went blank. “What’s going on? I looked at them. “This is an ancient Samoa tradition. It marks the occasion when the visitor and the visited become one people, striving for the same purpose.”  “Wow, I am so privileged and honored to be part it.” Their faces lit up when Leon arrived back with the Kava wrapped in a brown-bag. The Kava was placed into the bowl with water, then gently mixed with a wooden spoon by her son. A cup was offered to us. “We must clap our hands twice before receiving the bowl of grog and once you have taken it say “Bula” then hand it back and clap your hands three times,” said Carol. We downed the Kava in one go like a shot of liquor, even though, it was tough going. At first glance, the unimpressive appearance put me off. It looked quite muddy. But out of respect for their traditions, I managed to drink it all.

“If you drink too much of it, it has the same effects as Marijuana. At some events, people had drunk so much that they were stoned for days,” Leon said. I didn’t realize that it had such potent qualities. It was clearly a sedative and narcotic drink. I giggled, as clearly the Kava had got straight to my head. There was so much more to learn about their culture. For a start, their dishes are a blend of various fish dishes. Some are cooked in coconut milk and served with root vegetables such as Cassava which looks like yam. Based on appearances, Fijian men and women are robust. A lot of it is also based on their rich and starchy diet.

Evelyn asked me, if everything was okay as I hadn’t eaten much. I told her that I had some food intolerances.

“My daughter Sunny who is studying in Suva was born in Australia. She has tons of food intolerances, whereas, the other kids don’t as they were born in Fiji,” she said. We discussed it could be down to many factors from how food is produced and packaged. She said everything that appeared on their table, had come from either their allotment or the local farms. They knew what they were putting into their bodies. Her comforting words helped to make me ease talking about the whole food intolerance issue, as I felt, nobody got me.

I didn’t know much about Fiji, other than what I had read briefly on the plane. It had been hailed as the popular destination for holiday makers. I would have liked to have gone to the various resorts, but I had no money. Mary was the tour organizer. She was trying to organize some excursions for me.

I told her about my situation. She listened and told me not to worry. She made me feel at ease and so did the rest of the family.

I didn’t get to see the famous Fijian resorts. But I got to spend a lot of time with Evelyn and her family. I began learning so much more about their culture and their way of life. If I had had been in a resort, I would have just been sunbathing or scuba diving and I wouldn’t have been so immersed in their culture. They were the most laid-back and friendliest of all families. I got on with them unlike my own family. I particularly got on with Mary and Carol. They would let me surf on the internet and tell me stories of other backpackers, who they had a crushes on. They told me that on Christmas day, we would be traveling down to Evelyn’s family village, which is up in the mountains and if I would be fine with that. I had no plans of course, so, I agreed.

On Christmas day, we arrived at the village Nawaqadamu in the highlands of Nadi. I could have passed off as a half South Pacific woman as I was wearing a sarong over a t-shirt, a small daisy flower behind my ear. I definitely seemed to fit in as I walked side by side with the family. I was taken to a house, where women were all sat around and about to perform the “kava ceremony” they were waiting for us. The men went off to a separate ceremony in another house a few blocks away. I sat with my legs crossed again. I felt a bit like royalty as everybody’s eyes were glaring at me. But my eyes were drawn towards the jar of peanut butter that was on the shelf. I was astonished to see it in a village where they lived on basic necessities. I had to snap out of it. I had to focus on the ceremony and when to precisely clap hands, etc. I drank my kava drink. I was about to get up, until a little Fijian kid came towards me with a flower garland. He had made it that morning. I put it on and gave him a hug. Then, I walked outside with him to find other cute Fijian kids who seemed to be so mesmerized by my presence. They gathered around me. I asked Carol why there was so much interest surrounding me:

“You are the first foreigner, a non-Fijian person that has ever stepped foot into the village,” she said.

“Wow. I feel so honoured and full of gratitude at the same time.”

Despite being a foreigner and in their territory, they seemed to welcome me with open arms and showered me with so much love and affection. The food was even more amazing. It was all seafood, fresh prawn and lobster, right up my alley. I sat with the locals. They couldn’t speak English. I just smiled. My time in Fiji was definitely short but sweet. Christmas is a time for families. Mine were absent; so, it was always a difficult period for me. But that soon changed when I met Evelyn’s family. They made me feel so welcome. I was deeply touched by their gratitude and affection. It was by far the best Christmas.

Bio:
Annie Surdi, a Brit, graduated with a degree in Media and Communications. She is an English Language teacher and a Coach. She is also a creative writer. Annie has written blogs for a teaching company offering teachers advice on living and working abroad because of her extensive travel experience.

Tags: Travel, Travel Writing, Travelogue
From: Issue 1/ Beyond Mumbai, 2012
← Some variety: : Translation of a few short stories of Subimal Misra
Travel is the essence of life →
No comments yet