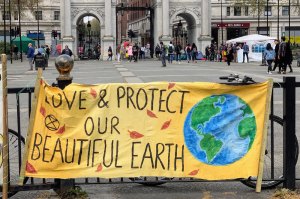 Dr. Morve Roshan K. (Guest-Editor) is a Postdoctoral Scholar at Southwest University, China. She was previously an Honorary Research Associate at Bangor University, United Kingdom. She obtained her M.Phil. and Ph.D. degrees from the Central University of Gujarat, India. Her last teaching position was at Children’s University, Gandhinagar, Gujarat, India. She has translated seventy-four children’s literature books from NTM, India. She has published widely and presented her research at numerous national and international conferences. She has acted as an editor, associate editor, and an international advisory member for international journals. Her areas of interest are African Literature, cognitive studies, gender, diaspora studies, English literature, folk studies, and Postcolonial Studies. She heartily welcomes projects, translation work, and international research collaborations. Email: morve_roshan@rediffmail.com

Sarbani Mohapatra is an independent scholar. She has completed her M.A in English from Jadavpur University, Kolkata and her B.A in English from Presidency University, Kolkata. Her areas of interest include climate change fiction, diaspora literature and indigenous writings. Her research articles have been published in Jadavpur University Essays and Studies and Sanglap: Journal of Literary and Cultural Enquiry; poems in the Madras Courier and Visual Verse.

Sukla Singha teaches at a school in Tripura. Her writings have appeared in Muse India, Yendai, An Unsuitable Woman, Kirat: Contemporary Poetry in English from Tripura, Tristoop, Tripura Times and The Times of India. She can be reached at:  shukla.singha85@gmail.com

Raza Naeem is a Pakistani social scientist, book critic, and an award-winning translator and dramatic reader currently based in Lahore. He has been trained in Political Economy from the University of Leeds in UK, and in Middle Eastern History and Anthropology from the University of Arkansas at Fayetteville, US. He is presently working on translations of the selected work of Sibte Hasan, Ahmad Nadeem Qasmi and Abdullah Hussein, and contributes regularly to Newsline, The News on Sunday and The Friday Times. He has curated and moderated a first-ever edition of Banned Books Week in Pakistan in Lahore in September 2014 and successive editions since then, in collaboration with Olomopolo. He is the recipient of a prestigious 2013-2014 Charles Wallace Trust Fellowship in the UK for his translation and interpretive work on Saadat Hasan Manto’s essays. He is currently the President of the Progressive Writers Association in Lahore. His most recent work is a contribution to the edited volume Jallianwala Bagh: Literary Responses in Prose & Poetry (Niyogi Books, India, 2019). He can be reached at: razanaeem@hotmail.com