Guest-Editorial: Past in Present: Partition of India

Indian subcontinent was partitioned in 1947. Seven decades later, South Asia is still grappling with the trauma Partition invoked. Rather than mitigating, this invasive cultural trauma continues to inform, mediate and reconstruct the experiential world of people on both sides of the contested border. ‘Post memories’ as well as ‘prosthetic memories’[1] of partition continue to haunt generations born much later. It would not be an exaggeration to state that Partition survives as a monumentally tragic event that resists integration.

Several factors contribute towards this lack of ‘integration’. A major one being that Partition in its immediate aftermath was relegated to the realm of the ‘unspeakable.’ It was seen as an experience too terrible to speak about. This again gives an impression that partition was completely ignored; it is not about the degree and quantum of representation but the kind of representation of partition trauma which needs to be considered. Testimonies on Partition did abound but the underlying motif in these narratives was always one of ‘gaps’ and ‘silent/silenced mourning’. Survivor accounts were hardly available. What was even worse was that the stories from the margins – experiences of the minority community that chose to stay back in India, abducted and ‘recovered’ women, Dalits, and abandoned/orphaned children, still remain to be retrieved and recorded. Until 1997, apart from Andrew Whitehead’s BBC radio series, titled “India: A People Partitioned”, there existed hardly any documented social history of Partition. Ironically, this series could be accessed only in the Oral Archives section of School of Oriental and African Studies, University of London, England. The scene has changed in the last two decades and we have today several scholars working on retrieving the ‘people’s history’ of Partition but the work is far from over and the generation for whom Partition was an experiential reality will soon be lost forever.

It took us seventy years, to finally have a Partition museum in Amritsar – Yaadgaar-e-Tasqeem. The museum it is hoped would help in transforming living memory into (one) institutionally constructed and by allowing rituals of remembrance to be performed it would perhaps allow the process of catharsis to take its recourse. The museum would fulfil multiple functions such as producer and disseminator of knowledge, provider of ‘emotional legitimacy,’ giving credit to material memory and last but not the least fulfilling the roles of remembrance and veneration. In spite of this, the idea of museum was not well received in India when it was first mooted by individuals interested in dedicating a public space unto 1947. Speaking about the desirability of a museum on Partition the leading historian Ramchandra Guha observed that, Partition museum is “more likely to create new The Other Side of Silence: Voices from the Partition of India exhibit” (Guha: 2013).

Contrary to Guha is the observation of Salman Akhtar, Professor of Psychiatry at Jefferson Medical College in Philadelphia. In his article, “A Partition Museum”, Akhtar argues about the desirability of a national museum on the partition of India which would be a monument of healing, forgiving, learning and loving in our country. Akhtar categorically points out the therapeutic effects of a Partition museum. He states that by allowing the trauma of victims to be ‘open, shared and public’ one would ascertain a positive means of facilitating recovery from the consumptive shadow of Partition.

As Urvashi Butalia states, to be able to ‘forget’ Partition horror it is equally imperative/ equally to remember. While no institutional memory of Partition existed, Partition remained alive as an intensive trauma “inside homes and families …through remembrance rituals and stories that mark particular events,” notes Butalia. She tells the story of one Mangal Singh who had crossed borders in 1947 with his two brothers carrying the burden of 17 family members. They built a commemorative plaque with all seventeen names on it, which they placed in the Golden Temple, Amritsar, ritualistically reading Sikh scriptures for decades without fail.

A plethora of material, literary, visual, and other artistic representations of massacre, rape, dislocation and upheaval as a result of the Partition and its aftermath, were readily available for display in the museum. The complicity lay in developing a meaningful discourse from a plurality of sources which nonetheless have a homogenous underpinning – remorse at the brutality which attended Partition, nostalgia for the lost ‘home’, the dilemma of a refugee what to carry and what to leave behind is what found expression in the museum artefacts. Some of the material and visual culture on display in the museum include maps, artefacts, diaries, archival footage, transcripts of oral testimonies, soundscapes, letters, tickets from the infamous trains that went between India and Pakistan, transporting refugees and the dead from one side to the other and art installations. The museum provides an experiential reality of what Partition means for the generations that were victimized by it and how it has shaped the lives of millions born much later.

Much of the exhibits on display are material in nature, objects that displaced people sought to carry with them, “like a trunk, a water pot or a lock, or they’re very emotional objects… so a wedding sari, a favourite dress, a father’s pocket watch,” says Ahluwalia (CEO and Curator, Partition Museum) and which they have held on to not because of their utilitarian value but because of the memories they are steeped in. One of the most moving of exhibits is the well, which reminds one of Thoha Khalsa, a village of Kahutha, Rawalpindi. The village had a majority Sikh population in British India. March 1947 saw one of the worst tragedies of Partition. 93 women of different ages committed suicide by jumping into the well to save themselves being raped and brutalized by Muslim marauders, who had already killed their menfolk and looted as well as burnt their houses. This remains till date one of the most harrowing and tragic events of Partition. The exhibit of the well in the museum has a Phulkari shawl thrown across it which is reminiscent of the drape of women, that is their honour as well as the rich cultural heritage of Punjab, or punjabiyat, as it is referred to which was lost with the riots and mayhem that Partition engendered.

Figure 1: Exhibit of the Well of Thoha Khalsa at Partition Museum, Amritsar.

Figure 2: Aporajita Chakravarty’s great-grandfather migrated to India from East Bengal, leaving his ageing mother behind. He didn’t carry much, just four sets of clothes, a tree twig for a toothbrush, the shoes he was wearing, one book and this shaving kit. He carried her picture in it. 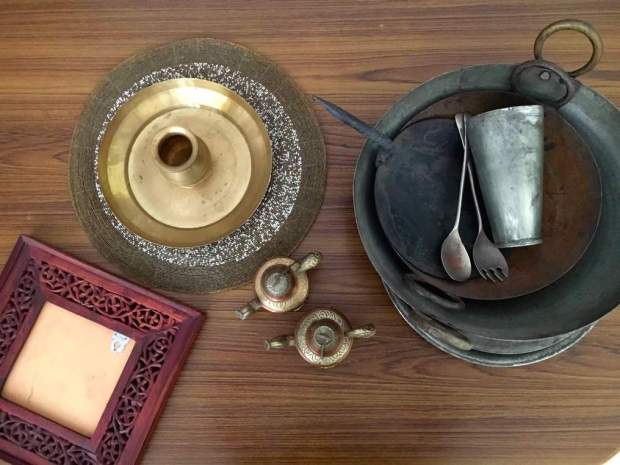 Figure 3: Some of the utensils that refugees in Kafilas carried with them, leaving their homes for the unknown.

In another gallery we see an installation which shows a house which was destroyed during riots that accompanied Partition.

Projects like Aar Paar by Shilpa Gupta and Huma Mujli, Sonam Kalra’s live multimedia performance entitled Partition: Stories of Separation, inspired by the shared grief of two communities ruptured by the division, are attempts to initiate cathartic release, construct a dialogue and tread the path towards peace. In lieu of this is the last exhibit, the Gallery of Hope, which has a huge tee made of barbed wire. The wire is connotative of borders, pain, dispute whereas the green paper leaves hanging on it is symbolic of hope. The visitors who visit the museum hang a leaf with a message of positivity and hope fluttering in the air heavy with grief, pain and hope.

Tree of Hope: Made of Barbed Wire this exhibit is in Gallery seven of Partition Museum, Amritsar.

Thus, one hopes that the museum populated with vivid and visceral exhibits would allow several wounds to heal. Given below is an image of a Wall of Remembrance set up during the pop-up museum – Museum of Memories: Remembering Partition by Godrej India Culture Lab in August 2017 to mark 70 years of India’s Partition.

Wall of Remembrance: “While curating this Museum of Memories, I have come to realize that reflecting on the history of Partition itself is an internal conflict: the struggle between the grief of loss and hope for the future. This exhibit is a symbol of this duality, with the well-being a source of life but, in times of war, a setting for the death of thousands. The Well of Remembrance commemorates the lives of women lost in the horrors that followed Partition, driven to commit suicide in fear of rape and murder. This stunning installation by the GCPL Design Lab in collaboration with the Partition Museum, Amritsar, is an interpretation of a similarly powerful exhibit in Amritsar.”

[1]  Alison Landsberg in her recent work, titled Prosthetic Memory: The Transformation of American Remembrance in the Age of Mass Culture, defines prosthetic memories as, “human beings potential to indulge in media technologies which generate ‘vivid memories of experiences that are not their own.”

Ashley Susan. (2005). “State Authority and the Public Sphere: Ideas on the Changing Role of the Museum as a Canadian Social Institution.” museum and society, 3(1), 5-17.

Butalia, Urvashi. (1998). The Other Side of Silence: Voices from the Partition of India. Viking Publication, New Delhi.

Guha, Ram. (2013). “Memorializing Partition – The best memorial is one that reconciles, not disrupts.”

Guest-Editor:
Dr. Kamayani Kumar obtained her Ph.D. at the Indian Institute of Technology (IIT), Delhi, on Partition narratives. She has also worked extensively on the cinema of Ritwik Ghatak. Currently, she is looking at how artists (since 1947 till date) from India, Pakistan, and Bangladesh are negotiating discourses on Partition through paintings, video art, graphic narratives, cyclorama, embroidery, and advertisements, to name just a few modes of representation. She is co editing a book on child/hood and trauma. Her area of interest includes Partition Studies, Childhood Study, Film Studies, Trauma Studies, Visual narratives of Partition. She is an Assistant Professor, Department of English, Aryabhatta College, University of Delhi, Delhi, India.

Tags: India, Objects and Partition, Pakistan, Partition of India
From: Issue 1/ Beyond Mumbai, 2012
← Poem: Home
Contributors →
No comments yet