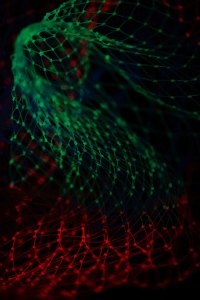 ‘Archives’, Merriam-Webster defines, as “a place in which public records or historical materials (such as documents) are preserved.” An archive is also a repository of historical manuscripts, films, and music. Archive is also the place, where the material is preserved and disseminated. Sound preservation had been a matter of interest for mankind since centuries, in almost all cultures and civilizations, but gained popularity with technological advancements and shifts. Until very recent times, archives had a major role to play, especially being the sole preserver or at least a major preserver of artifacts and cultural material. Sound recording had come into being in the late nineteenth century with the invention of Thomas Edison’s phonograph cylinder in 1877 and yet amateur attempts had also been made earlier. Sound recording has a long history, starting from the late nineteenth century to the present times, with Acoustic, Electric, Magnetic, and Digital era simultaneously.

Although the archives had been the major source of scholarly and personal accession, yet with the inception of the digital age/era, archives seem to have lost/are losing their exclusive status. Digitizing has definitely brought a revolution in terms of mass reception and accessibility, but it has also brought contingency along with it. Archives are also carriers of ‘national culture’ in a way, especially in the current times with the growing phase and trend of “preserving” and “promoting” “popular culture”. Now what defines a popular culture exactly is something that needs attention. Those that curate, preserve, and archive play a very important role in creating the national culture, which then over time becomes the national identity. This essay actually deals with role of digital culture in preservation and music archiving, thereby testifying to the role they play in building “national identity” in the current times. In an article by Sarah Baker, et al, “Historical Records, National Constructions: The Contemporary Popular Music Archive”, Baker notes that certain archives especially those emerging from “communities of music consumption” (8) aim to “augment upon national heritage strategies”, thereby trying to fill gaps that are present in the public records collected at “authorized” institutions (8-9). This turn towards popular culture has triggered the affinity towards popular music’s material history, which in turn provides the base for the selection of popular culture that is to be preserved. What is to be considered as “popular music” is determined by connoisseurs of music, collectors, and artists. Also the process of selection is highly contested as this process is not completely bereft of social influences. Critics examine this habit as something contested, because certain institutional forces come into play, which further define the identity of nation or the culture. A national culture is determined by certain creative influences, especially anything which is deemed significant and considered a heritage. This is one of the instances when canons are reestablished, “performers reinforce the gate-keeping modes” (Baker 9).

Another role that a digital archive like any other archive plays is that of a builder of national culture and national identity. Baker states further in the above mentioned essay:

The role of an archive is not just to preserve important documents or artifacts, but also is responsible in the creation of the sentiment of “nationalism” or “national identity”. It is also instrumental in the formation of the myth of the nation. With the advent of digital technologies, transferring analog to digital, and other digital revolution during the latter part of the twentieth century, the role and responsibilities of sound archives grew manifold. With the translation from analog to digital, access to archival property is no longer limited to only researchers or –ologists but to individuals interested to access and also those about whom the archive is. Therefore, needless to say, digital revolution had brought the opportunity to bring dramatic change in archiving philosophy and access policies. The major role of archives used to be acquisition, organization and dissemination, and dissemination being the most important one at that. In an essay titled, “We’re all Archivists Now: Towards a more Equitable Ethnomusicology”, Carolyn Landou and Janet Topp Fargion consider that the raison d’être of an archive is the use that people make of it. Acquisition and preservation is not an end in themselves. They also quote David Lance stating that

Archives exist to be used and, I believe, should be used in order to justify their existence. (29)

Although archives were originally created with an intention to preserve and disseminate, and sound archives were actually places of study of comparative musicology, their approach has shifted in recent times. It has changed its course from musicology to social science, whereby other disciplines like cultural anthropology and sociology get involved. Although history of sound recording began as a child’s play, the earlier cylindrical phonographs were actually sound recordings of fieldworks by researchers.

One of the most important examples of how music and their preservation become an integral part of the cultural heritage is how the influence of the famous band ‘Beatles’ had on the lifestyle of youths during and after their Australian tour in the 1960s. Sarah Baker comments that the tour had maximum impact on the Australians and it had changed their perspective on music and the composition and their popularity. She also states very critically that these events in themselves are very interesting as they “participate in building consensus about national characteristics” (10). They also play the role of gatekeepers in the “active creation, mediation, interpretation, and shaping of relationships between the global and national” (10). However the challenges have remained somewhere else also. Though the digital revolution is an achievement in the twentieth century, it has own challenges. Of highest concern is the problem of the open sources, which act as a valid platform for accessing materials and music. Digital popular cultural sites are the biggest challenge of our times, because they now tend to perform the alternative role of an archivist.

In the essay mentioned above by Sarah Baker, she mainly deals with three issues: first, about the acquisition of artifacts in the “pursuit of completeness”; second, the role that financing plays in the preservation of these data; and, finally, the “role of archives in the narration of national identity.” It is the third issue which concerns us in the current discussion. With the popularity of gadgets that come with facilities that provide for instant access to materials and information, with the help of “mechanical reproduction”, things have become cheaper and easily accessible, as physically going to some archive and accessing something has become a rare scenario or limited to only a section of people. If one has to take an example, one must think of, say, an archive with the best collections of North Indian Classical music, which preserves not only what is best available in those genres but also outside relevant for preservation for the future generations or venerators of music. “Popular culture” had gained momentum as against the “elite, high” culture post the use of the term in the plural sense by Johann Gottfried Von Herder in the late eighteenth century, where “culture” no longer was synonymous to “civilization” emerging gradually to rise to the level of “European Culture” as its pinnacle. Herder’s frequent use of the term “cultures” including all individual cultures apart from one all-exceeding “European Culture” made the term “popular culture” rather popular a century later. After understanding the genealogy and currency of the term, it is now understood how popular culture had come to attain that significant status, something that has the capability to re-define identities. In the recent times, popular sites from where anything can now be accessed play a very important role in shaping the trends. Not only is it limited to the culture in terms of what music one would like to hear or films that one would get entertained/enriched with but also information about, let’s say, the kind of clothes that eighteenth century women used. A person who is an avid listener of western classical songs might take interest in the folk and regional songs which are made popular by their frequent public appearances and frequent uses in the media. People, who do not have access to such forms of music physically, are not deprived, as they can now easily get a similar thrill via popular websites such as YouTube, iTunes, and the like. Earlier it was difficult as experiences could be recorded even though they could only end up being personal collections or else accessed through regular visits to archival or research institutes. But with the advent of digital revolution, archives are no longer exclusive. Gadgets are giving a stiff competition to archives, as some archives have also turned their materials into digital copies for preservation, while making them accessible through internet with the facility of subscription.

Thus, preservation is more an issue now, which has given rise to this crisis. Digitizing is a partial answer to that problem. Digitization and preservation in popular cultural sites are also a means of reviving and revisiting the past continuously and effortlessly. Recently research is being conducted to preserve data in genres. This has facilitated a new generation of youth, who take interest in the preservation of music, in any form belonging to any genre or times. This is a very big contribution of digitization one can strongly believe in.