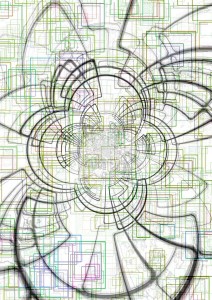 The Folklore Archive will mainly comprise of digital formats such as photographs and audio-visual documentation. The purpose behind such a digital archive for showcasing the rich heritage of folk culture is to provide the global audience a chance to have a taste of local art and culture. This is a rare case of archiving, especially in the context of India and Bangladesh. My plan is to document the folk cultural aspect of India and Bangladesh in its larger whole. It is not funded by any organization and doesn’t follow any policy guideline from the Govt. I am trying to initiate it voluntarily with limited resources. It strives to preserve the folklore aspect of both the countries by providing an easy online accessibility, with the hope of initiating a large body of global audience.

The proposed archive will help various enthusiasts, cultural historians, oral historians, folklorists, artists, and the participating communities to look back into their past. The archive would host all my documentation work, which would be accessible for academic and research work. It is just a demonstration of my work-in-progress. Here is a look section wise.

Lalon Shah was a late nineteenth century Bengali poet-rebel, philosopher, and social reformer. He challenged the conservative society in which he was born. He thought of himself as neither Hindu nor Muslim. The followers of Lalon in both the Bengal are called ‘Bauls’ and ‘Fakirs’. They are a group of people, which has ventured beyond established scriptural traditions to imagine ways for man’s freedom and to perceive God. These people, rising above caste, creed, and communal division, attempt to define religion in the light of the simple truth exhaled from the human heart ( Moner Manush).

Hanif Miah is an Assistant Professor at the Department of Sociology, University of Chittagong, Bangladesh. Currently, he is doing his PhD at the Central China Normal University (CCNU) on Baul and Fakiri Philosophy. He is both a researcher and a performer of Baul and Fakiri Songs.

Songs of Lalon by Hanif Miah

The songs of marriage allude essentially to melodies identified with marriage and its customs. They are performed during various phases of a marriage. The marriage songs constitute a distinct trend, like the singing of the Muslim community and Fakiri songs. Different genres of songs such as Hamd, Nath, Marfati, Baul Fakiri, and Murshidi are performed as a part of different ceremonies. Women perform these songs for leisure and recreation. Rural women have played a crucial role in the popularity and expansion of marriage songs. These songs, sung in beautiful flavors, are not just melodies, but a part of the smile, tears, joy, pain, and humor that happen in our daily lives. That is why these tunes have been considered as a precious part of folk songs. Despite the fact that there are distinctive perspectives against such melodic exhibitions in the Muslim society, Muslim families appreciate music during various celebrations. These songs were recorded at a village called Chua gram in Murshidabad, West Bengal.

Bio:
Md Intaj Ali is a Ph.D. Research Scholar at the Centre for Comparative Literature, University of Hyderabad, India.