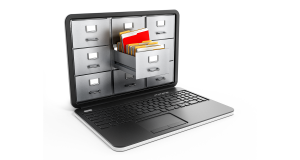 Md Intaj Ali (Guest-Editor) is a Ph.D. Research Scholar at the Centre for Comparative Literature, University of Hyderabad, India. He can be reached at intajali@uohyd.ac.in

Carola Erika Lorea is a research fellow at the South Asian Institute of the University of Heidelberg. She was a research fellow at the International Institute for Asian Studies (Leiden) and she has been conferred a doctoral degree in Asian Studies from the University of Rome in 2015. Her research areas are mainly West Bengal, Bangladesh, and the Andaman Islands. She has published several books and academic articles on her main research topics, revolving around Bengali literature, oral traditions, popular religions and performance. Email: carola.lorea@gmail.com

Mahima Taneja is a Ph.D. Research Scholar at Centre for Political Studies, Jawaharlal Nehru University, New Delhi. Her research focuses on urban spaces, infrastructure and politics of gender and sexuality. She also works as a Consultant with Outline India, a development research organization, on projects ranging from water and sanitation to sexual and reproductive rights. She can be reached at tanejamahima@gmail.com

Manishankar Prasad is an independent researcher based in Muscat, Oman. He holds a Master’s degree in Environmental Engineering from the National University of Singapore and has studied at the School of Sociology at Nanyang Technological University as a National Research Foundation scholar of the Singapore government. He is a prolific contributor in the academic conference circuit as he has presented in six countries on issues of technology policies to sociolinguistics. Previously, Manishankar has published in the Huffington Post, Social Cops Blog, billionBricks Blog, Alochonna, Corporate Citizenship Briefing, and Banglar Kantha Singapore, among others. He also been quoted in the Singaporean Media and have been a panelist for Al Jazeera International and BBC World Panel Discussion and have been interviewed by Forbes on the emerging issues of the day, including the Food Security Bill and Demonetization. He has experience in leading one of the biggest non-profit social initiatives in Singapore. He has worked on various international documentaries for the south Asian migrant communities in Singapore. Email: monishankarprasad@gmail.com

Morve Roshan K. was awarded an M. Phil degree and in October, 2017 has submitted her PhD thesis at the Centre for Comparative Literature and Translation Studies, Central University of Gujarat, India. She has taught in Gujarat Government School (English, Primary and Secondary Schools) as a volunteer for three years. She is a poet, novelist, editor, translator, and writer. As a chief editor and translator, she has edited and translated 74 books from English to Marathi language (Children’s Literature books). She has presented in many countries: Bangladesh, Brunei Darussalam, and Maldives. She has published 13 articles in international indexed journals (with high impact factors). Email: morve_roshan@rediffmail.com

Mustafa Majid Abbas is an Assistant instructor, teaching at the College of the Imam Alaadhm University in Baghdad, Iraq. He has worked in the Faculty of Fine Arts, Diyala University, College of Arts Department of English Language and open education college. He was awarded an M.A. Degree from Dr. B.A.M. University, India. He is a Senior Research Scholar (English Literature) at the University of Al-Jazirah, Sudan. Email. mostafamajid786@gmail.com

Ayantika Chakraborty holds a Masters degree in Folklore Studies from University of Kalyani. She can be reached at ayantika.rhea@gmail.com

Rindon Kundu is presently working at the Department of Comparative Literature, Jadavpur University as a UGC Senior Research Fellow and also pursuing PhD from the same. He worked as a Research Assistant for Professor Heather Goodall and Associate Professor Devleena Ghosh, University of Technology, Sydney under an Australian Research Council funded project titled Countering the Cold War: interactions between Australia and India, 1945-1975, through the lens of the women’s movements.

Joydeep Mukherjee is a photographer based in Kolkata. He believes that an artist’s work must be good consistently to be considered as an art. One must have ‘eyes like a shutter and mind like a lens’!! He can be reached at joydeep_4_u@yahoo.com / ask4joydeep@gmail.com

Ajharul Pathan is a photographer based in Midnapore, West Bengal, India. He can be reached at apathan228@gmail.com

Indranil Mukherjee is a photographer based in Mumbai. He is the founder of Vibgyor (www.infovibgyor.com)