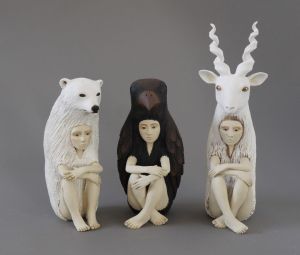 Anindya Sekhar Purakayastha (Guest-Editor) is Associate Professor, Kazi Nazrul University, India. His current research engages with issues of the Anthropocene, radical political theology and postcolonial governance. He has been a fellow in the New School for Social Research, New York in 2017. He co-edits Kairos, the Journal of Critical Symposium and is one of the founding members of the Postcolonial Studies Association of the Global South (PSAGS). He can be contacted at anindya.purakayastha@knu.ac.in

Felice Cimatti teaches philosophy of language at the University of Calabria, Arcavacata, Italy.

Saptaparni Pandit is a PhD Research Scholar in Kazi Nazrul University, India. Her domain of research is revisiting literature and culture in the age of the Anthropocene. She has presented her research paper in the Environmental Justice Conference held in the Colorado State University, USA in 2017 and has been assigned to write in journals such as Ephemera and Environmental Humanities (Duke University Press). She can be contacted at saptaparnipandit@gmail.com

Bashabi Fraser is Professor in Edinburgh Napier University, Edinburgh. Bashabi is a poet, children’s writer, translator and editor. Her publications include Raga & Reels (2012), Scots Beneath the Banyan Tree: stories from Bengal (2012), From the Ganga to the Tay (2009), Bengal Partition Stories: an unclosed chapter (2006, 2008, for which she was awarded a British Academy research grant), Tartan & Turban (2004) and A Meeting of Two Minds: the Geddes–Tagore letters (2005, which received a Moray Foundation grant). Her commissioned works include The Ramayana, a play written with a Scottish Arts Council writer’s grant, and her co-edited anthology Rainbow World: poems from many cultures (Hodder & Stoughton, 2003), which was runner-up for the Emma best book award. Bashabi has worked with the British Council in Bangladesh, India and Mauritius, with the BBC, and as a writer-in-residence on the BT Future Talk programme. She has taught creative writing at the Arvon Foundation and the Open University and participates in literary festivals. Her prizes include the AIO award for literary services in Scotland (2009). Bashabi is a member of Scottish Pen and a committee member of the Poetry Association of Scotland and Writers in Prison Committee (Scotland), Patron of the Federation of Writers (Scotland) and on the Management committee of Scottish Writers Centre. She is joint director of the Scottish Centre of Tagore studies and teaches English and creative writing at Edinburgh Napier University.

Tirthankar Ghosh is Assistant Professor in History in Kazi Nazrul University, India. His area of research comes within Environmental History and he was awarded the Charles Wallace India Trust Fellowship to carry out Research in British Library, London and Welcome Trust Collection, London in 2017. He has contributed in journals such as Quarterly Review of Historical studies, Environment and History (forthcoming), Indian Historical Review, South Asia Research, etc.

Mursed Alam is Assistant Professor in English in Gour College, University of Gour Banga, India. His area of research engages with remapping subaltern studies through an analysis of new forms of subalternities in contemporary times. He has contributed in journals such as Rethinking Marxism, South Asia Research, Economic and Political Weekly, Journal of Postcolonial Writing, Café Dissensus, Contemporary South Asia, etc. He has presented papers in the University of Oxford, University of Munster, Germany, University of Antwerp, Belgium, Ruhr University, Bochum, Germany, Jawaharlal Nehru University, New Delhi, etc. He is a part of the Postcolonial Studies Association of the Global South (PSAGS) and Kairos Team.