Making “modernity” one’s own: A note on Sir Syed’s notion of jadidiyyat 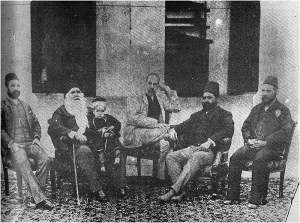 By A K Muneer

Sir Syed Ahmad Khan and his reformist tahrik (roughly, “movement”) deservedly serve as a reference point for Islamic modernism in South Asia. While modernity has been a modular form affecting, impacting, fashioning and, even, refashioning all people living in the modern world, the exact contours of peoples’ grappling with the modern have never been singular or homogeneous. The implication is that although all societies are modern in the so-called modern age, they are not necessarily modern in any simple, unified fashion. This fact requires us to unpack the morphology of modernity that forms, re-forms, and informs specific communities and their ways of being and acting in the world, without complacently seeking to privilege one modality over another.

How have Muslims appropriated the European idea of modernity as bequeathed by the Enlightenment? Some stock responses to the question would be to view this appropriation as either “derivative” or “incomplete” or to mobilize the rubric of “multiple modernities” so as to grant all modernities their due (Devji 2007). All these approaches seem to perform certain elisions which obscure from view for us the real shape and character of modernity as conceptualized in the Muslim world, which is, to use Faisal Devji’s insightful expression, “fundamentally apologetic in nature” (Devji 2007, 64). As Devji puts it, this apologetic nature has provided Islamic modernism with the luxury to become modern “partially, unsystematically, slowly, and in curious and not-quite European ways” (ibid).  It would be worth our while to explore how far Sir Syed Ahmad Khan’s notion of modernity casts into sharp relief the apologetic nature of modernity as appropriated by Muslims in South Asia, as elsewhere.

At the heart of Sir Syed’s modernization drive was a two-pronged reform agenda: the reform aimed at was both religious and social, although both remained largely unaccomplished. The first saw his desperate attempts to reform Islamic theology in accordance with the modern scientific spirit or the laws of nature, which he considered as the benchmarks for measuring the worth of a certain religion. For him, the Quran was the most rational of all religious documents, and consequently Islam the most rational of world religions (Rahman 1982). At a larger social level, the sine qua non of Sir Syed’s tahrik was the promotion of English education and of refinement of manners and character-building among the Muslim gentry so that they could qualify for employment within the colonial bureaucracy, thereby keeping in check the perceived Muslim political and economic decline.

The reform agenda of Sir Syed’s tahrik is conveniently described as a derivative of European modernity, with the result that its incomplete character is always pointed up in terms of failed religious and social reform. Casting the Aligarh tahrik in these terms blinds us to the very ontology of the movement, which could indeed afford the luxury to be incomplete, selective, and discriminate in the first instance. Sir Syed’s own definition of modernity militates against these readings, and reinforces the “apologetic’ nature of his modern tahrik. In an essay on the religious thought of ancient and modern times, titled “Mazhabi khayal zamanah-e qadim awr zamanah-e jadid ka”, published in his journal, Tahzibul Akhlaq, Sir Syed says:

This is a paradigmatic account of Islamic modernity, in which one can discern an unmistakable urge on part of Muslims to make modernity their own, rather than others’. Underlying Sir Syed’s definitional discourse on modernity is the claim that modernity, which meant things like reason, science, progress, etc., originated with Islam, with the Prophet’s advent, was lost or forgotten, and must now be reclaimed and recuperated from Europe, the abode of modernity in the present. This claim is apologetic because it does not view modernity as alien to Islam in the first place; instead, it traces it (modernity) to early Islam, and blames its loss on Muslims’ regrettable negligence of the light of modernity. As something that directly emerged from Islam, modernity is essentially constituted by Islam, and, therefore, there is no way in which Islam can be taken to be the polar opposite of the modern.

To understand the full import of the apologetic reasoning of Sir Syed’s appropriation of modernity, it is worth foregrounding Devji’s insights into the above passage from Sir Syed defining the modern. According to Devji, Sir Syed’s passage affirms that:

While modernity emerged with Islam, it was forgotten because Muslims retreated to the traditional world, only to rediscover this modernity in nineteenth-century Europe. What strikes one immediately is the fact that Sir Sayyid’s history of Islam contains not one but two accounts of the beginning of modernity. What is more, in the first one—the rise of Islam—tradition follows upon modernity rather than the other way around. With its second coming—the rise of Europe—modernity certainly follows tradition, but in a curious way, since the latter becomes something deprived of any real presence. (Devji 2007, 68).

What is original and distinctive about Sir Syed’s appropriation of European modernity is that, even as he values and admires the West as the citadel of contemporary modernity, he advances a claim that is powerful enough to scandalize the Western mind: it is Islam that engendered modernity in the first place, thereby constituting the first of two moments of the modern. It is now a commonplace – both academic and popular – to describe Sir Syed as a prototypical modern Muslim reformer, but to know the modern in Sir Syed, it is imperative to know the modern as appropriated by Sir Syed in all its apologetic richness and complexity.