The Bengali Muslims and their political marginalization in contemporary West Bengal 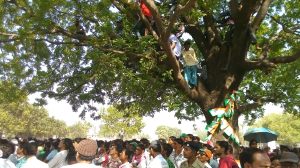 Political representation, particularly of the socially marginalized groups or minority groups, has been the subject of intense global debates. In India, the political representation of the Muslim minority and the women in the Parliament has generated significant public debates, particularly after the 2014 Lok Sabha elections, where the Muslim representation in the lower house of the Parliament is 4 percent – the lowest representation of Muslims in the post-colonial history of India’s Parliament. (See Bajpai,2011, Yadav 2009, Hasan 2009, Jaffrelot 2016, Ahmed 2009, Ansari 2006, Stephanie Tawa 2016). The Sachar Committee Report (SCR) has also pointed out the lack of ‘political voice’ of Muslims in India which, it noted, is due to ‘political deficit’ and social marginalization of India’s largest religious minority community (SCR, 2006). In this short essay, my attempt is to analyse the nature of political (under)representation of the Muslims in West Bengal.

In order to understand the political representation of Muslims in West Bengal, we have to segregate the data of Muslim representation from the all India level and analyze separately. According to the 2011 Census Report, the proportion of Muslims in India is 14.23 percent, whereas in West Bengal it is 27.1 percent, almost double of the national level. In analyzing the question of political representation of the Muslims at all-India level, one often overlooks the state-centric political deprivation. There are two kinds of problems that emerge out of this kind of analysis. First, the all India level political representation does not properly capture the state specific political marginalization vis-à-vis a specific community’s proportion to the total population of the state. For example, the 16th Lok Sabha (lower house of the Indian Parliament) in 2014 witnessed only 4 percent of Muslim representation, whereas the total population of Muslims in India is 14.23 percent, the lowest ever Muslim representation in the post-colonial history of the Indian Parliament. This complex political marginalization of Muslims cannot be understood without analyzing the state of Uttar Pradesh, which failed to elect a single Muslim in 2014 Lok Sabha election  with 19.26 percent of Muslim population in the state. Therefore, without understanding the state specific political marginalization of the Muslims, it would be inappropriate to make an all-India level argument. Second, an all-India level analysis of the lack of ‘Muslim representation’ fails to recognize the complex socio-economically and culturally diverse nature of Muslim population, i.e. issues of caste, gender, class, and region (See, Hilal Ahmed 2010)[i]. The deprivation of the large percentage of lower caste, agrarian, rural, and vernacular ‘Bengali Muslims’ in post-partition West Bengal is the classic example of a marginalized Muslim community from the perspective of social justice.

This article seeks to explore some of the aspects of political marginalization of the Muslim community in post-colonial West Bengal. While discussing the question of political marginalization of Muslims, however, my analysis is not limited to the electoral representation or underrepresentation of Muslims in West Bengal. Rather, I am more interested in exploring the distribution of power or portfolios in the government; how power is being distributed among the marginalized communities; and where do Muslims figure in the larger power politics.

Let us look at the following table for a better picture of what I am trying to argue.

Table I: Caste/Community wise composition of Member of Parliament in Rajya Sabha from West Bengal (1952-2016)ii 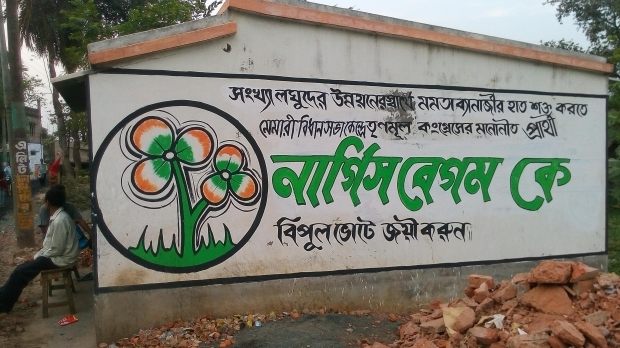 Therefore, ideally there is a possibility of making Rajya Sabha more plural and well representative. But when we analyze the data in terms of caste and community-wise representation, it appears even worse in comparison to Lok Sabha. As far as Lok Sabha is concerned, it is legally compulsory for the political parties to field SC and ST candidates in reserved constituencies and in constituencies with a large Muslim presence, sometimes, it becomes strategic compulsion to field Muslim candidates. For example, in the present Lok Sabha, both the CPIM members of Parliament from West Bengal are elected from the constituencies with large Muslim presence: Badruddoza Khan from Murshidabad and Md. Salim from Raiganj. But if we look at the Rajya Sabha, out of 3 members, CPIM has not fielded a single Muslim or Dalit candidate. This trend is not limited to the CPIM alone; it is there in all the political parties in the state. Let us see the case of Trinamool Congress (TMC). In the present Rajya Sabha, out of a total 16 members, 12 belong to TMC. 9 out of 12 members are Brahmins; 2 are Muslims; and 1is from the Christian community. There is not a single member from the SC and the ST communities. Out of the two Muslim members, one is Bengali Muslim; another is Urdu-speaking Muslim, though in West Bengal, the Bengali Muslims alone constitute more than 90 percent of the total Muslim population, which reveals the double political deprivation of Bengali Muslims: one the one hand, there is bhadrolok hegemony and on the other, urban Urdu-speaking Ashraf dominance. Another interesting observation about TMC’s Rajya Sabha Muslim MPs is that Ahmed Hasan Imran and Md. Nadilul Haque run daily newspapers in Kolkata: one is Kalom in Bengali and the other is Akhbar-e-Mashriq in Urdu. These newspapers, largely circulated among the Bengali and Urdu speaking Muslims, play a significant role in the making of TMC Government’s ‘Muslim friendly’ perception among sections of the Muslim community.

The representation of Muslims, Dalits and Tribals in Rajya Sabha demonstrate a different political imagination and further tells us how these institutions are highly dominated by the upper caste Bengali Hindu bhadroloks irrespective of political ideologies. In her detailed study of the profiles of West Bengal MLAs from 1952 to 2001, Stephanie Tawa Lama-Rewal brought out the composition of the caste and community of the MLAs. After analyzing thirteen West Bengal Legislative Assemblies (1952-2001), she showed that the upper caste bhadrolok (particularly Brahmins and Kayasthas), over the years, have dominaned in West Bengal assemblies cutting across all political parties (Lama-Rewal, 2009).iii Let us now focus on Table 2, which demonstrates the caste and community wise distribution of ministers in West Bengal from 2006-2016.

Table II: Caste and Community-wise representations (numbers and percentage) in the Council of Ministers 2006-2016 in West Bengal

This table exhibits the comparative caste and community wise percentage of ministers in both the Communist and Left front Government (2006-2011) and Trinamool Congress Government (2011-2016). In the present parliamentary form of government, cabinet plays the most significant role in formulating and executing the Government’s policies. The Article 164 of India’s constitution categorically states the powers and functions of Chief Ministers, Cabinet Ministers, and Ministers of State or deputy ministers in the state.

Let us have a close look at the Council of Ministers of the Communist or Left Front Government in 2006, headed by Chief Minister Buddadheb Bhattacharjee. The total number of Muslims in the Council of Minister is 5 out of 44, whereas the representation of upper caste or Brahmins is 30, more than 68 percent. The situation is same with the Schedule Castes. Once we segregate the data further, we see the number of Muslims and Schedule Castes to be exceptionally low in the cabinet, if we compare it with that of the upper caste or Brahmins. The chance of becoming ministers for Muslim and SC MLAs are five times lower than that of the upper caste. The percentage of upper caste Hindus in the Council of Ministers is 68.18, half a dozen times higher than their proportion of the population in the state. The situation is highly undemocratic, if we minutely observe the distribution of portfolios. The powerful and important cabinet positions such as finance, education, heath, law, home, science, and technology, etc. have always been with the upper castes. Muslims, Dalits, and Tribals are largely limited to the deputy ministers’ post and few in the cabinet with typically less important positions.

The post-colonial trend of distributing portfolios are quite unique in West Bengal, irrespective of political ideologies, barring the exception of Siddhartha Shankar Ray’s cabinet in the seventies in which few Muslims got important portfolios. The veteran politician Abdur Razzak Molla (CPIM’s 7 times MLA and senior minister, now in TMC) said:

The states like Maharastra, Karnataka, Assam, even Rajasthan had Muslim chief ministers, but in spite of 27 percent Muslims and around 24 percent Dalit population, we never had a Chief Minister from these two communities.

A similar view is echoed by Dr. Nazrul Islam (senior police officer and social activist from Murshidabad). In his provocative book, Muslamander Karaniya (A discourse on Duty of Muslims)iv,  he demonstrates how power is being monopolized by the upper caste Hindus in every sphere of the Government. He further commented that the portfolios like animal husbandry, fire, and emergency services, forest, and some deputy ministers’ posts are exclusively reserved for Muslims, Dalits, and Tribals in all the successive governments since independence. Pirzada Md. Toyeb Siddique, a Muslim cleric from Furfura Sharif, an influential Sufi shrine in the Hooghly district of West Bengal, once made a sarcastic comment regarding the placement of Muslims in the Council of Ministers. He said:

(The departments dealing with the welfare of cows & goats, fire service, mango pickle processing, etc. are un-officially reserved for the Muslims…and, on top of that, the Muslim MLAs who are picked for the posts of ministers are leaders without spine…CPM, TMC, and Congress are same in this regard).

The condition of Muslims in Mamata Banerjee’s cabinet is almost the same with minor changes. There is around 2 percent increase of Muslims and Schedule Castes in the Council of Ministers, but on the other hand, the percentage of Schedule Tribes is reduced by roughly around 2 percent. The reason for this minor rise of Muslim percentage in the Council of Ministers is that the representation of Muslims in the West Bengal Legislative Assembly itself rose by 5 percent due to the post-Sachar Muslim mobilization in West Bengal. While explaining the question of political empowerment of Muslims in West Bengal, Dr. Afsar Ali clearly pointed out the nature of the so-called mainstream political parties and their leadership. Irrespective of ideological orientations, whether the Left, the Congress or the TMC, all the parties are exclusively controlled by the upper caste in the decision making level, whereas the Muslims and the Dalits are there at the lowest strata of the party hierarchy.v

In post-colonial India, the debates on ‘Minority rights’ are generally restricted to the realm of culture and religious rights, largely due to the trauma of partition. The Sachar Committee Report (2006) broadened the horizon of debates on ‘Minority rights’ beyond religious and cultural rights. The debates on ‘development deficit’ and ‘leadership deficit’ of the socially marginalized Muslim community need to be seen from social justice and redistribution point of view. In case of West Bengal, the vernacular lower-caste Bengali Muslims face triple marginalization of caste, class, and religion. So, to clearly understand the political marginalization of Muslims, Dalits, and Tribals, one has to deconstruct the ‘cultural project’ of the exclusively homogenous Bengali upper caste bhadrolok imagination of West Bengal.

Tags: Bengali Bhadrolok, Hindu-Muslim Relation in West Bengal, Muslims in West Bengal
From: Issue 1/ Beyond Mumbai, 2012
← New found Muslim Assertiveness in Bengal and the Rise of Hindutva
Can the Muslim Fight Back? Reflections from Fieldwork in West Bengal →
No comments yet