Ki Banu Duniya Da? – What Will Happen To The World? 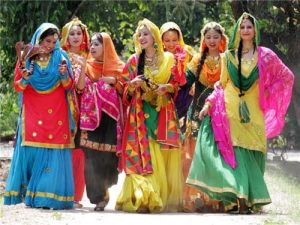 When I first went to France to study Business Information Systems in 2007, I stopped wearing salwar kameez pretty soon. The reasons were practical – brutal winters had set in; running and catching a metro was easier in a pair of jeans; in-class presentations demanded formal attire, etc.

Fast forward to 2016 – I am in Ludhiana; out of touch with any kind of traditional fashion. Wait, what? So, palazzo and pajama pants have replaced salwars in the popular fashion? At the same time, Gurdas Maan and Diljit Dosanjh rolled out a new Coke Studio song number – a refurbished ‘Ki Banu Duniya Da’. My ears thanked the music and voice. I mean, the mere sight of the both of them singing a simple song on television was such a respite from the newer Jatt-themed songs.

The feel-good affect evaporated almost as soon as I began processing the lyrics. Nine long years, studying, working, and travelling the world and back home in Punjab – the lyrics labelled me as someone responsible for such a calamity that only Waheguru could help. There you are – you innocently-jeansed woman. Alien!

Well, so here it is. The first line of this popular song has a Punjabi woman being called a rented-out object. For the most part of the song, we hear only about her. The man, who has rented her out, comes back to us in a single line only in passing. Where is the youth going – this complaint is entirely built with the feminine words. So, it sounds like a complaint about young women alone.

Then, very partial and disturbing nostalgia hit my ears. Where is your damned veil lady? And where have all the veiled women gone? We want them back. But why? Why is a sensible Punjabi man so nostalgic about the veil, something that had objectified and enslaved women for centuries? His craving can be satisfied only by the blessings of Waheguru. Such is our sin, ladies! He blames western clothes and culture for the disappearance of the veil.

The nostalgia is also more about how a Punjabi man’s object of desire used to be a woman with anklets, drawing water from a well, seducing (perhaps, we don’t know for sure) him with giddha. The nostalgia is about how missing out on such jewelry and her absence from the wells (broadly, the social set-up. Alas! She works in Europe and America now.) does not help his sexual desires these days. Since his sexual desires are not catered to in the same way as they used to be, the culprit is the language, English. She speaks English. How much? ‘Hello’ and ‘Thank You’. He ridicules her for speaking those three words (or may be more, we don’t know. I am hoping she knows a whole lot of English).

Then he prophesizes how learning a new language is good, but he assumes that since a new language has been learned, she has forgotten the old one (Punjabi).

Eventually, the song comes to a part where we actually get a small, infinitesimally small, glimpse of the real problem – drugs and politics. Punjabi youth are neck deep in drugs. We are told that the reason is politics. At the same time, we come to this existential point where we don’t know if we will live to see the next moment. The focus is shifted from people dying of drugs in their prime to a big question mark about our own existence. In addition, I was told to not feel bad about somebody pointing out all the aforementioned things. He asserts that it’s wise not to think much about someone giving you an unsolicited advice.

It’s been a year since I first heard this song after my return. I have talked to a lot of people about the lyrics. Lay people like the song. There is no doubt that it is a neat and clean track that appeals to a certain section of people. But people who think, women who dress up as nicely in traditional clothes as in western, men who are aware of the women’s issues, gave it a thought. They understood the misogyny, jaggery-coated though it was for consumption. Some of them even defended the lyrics. These were written back in the 90s about Chandigarh women. Fair argument. But the songs and lyrics from somebody like Gurdas Maan transcend places and eras. 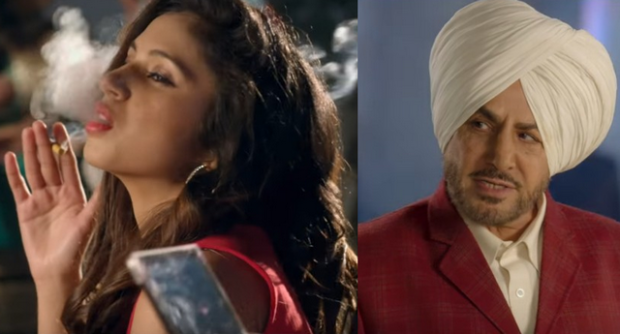 I talked to the Punjabi women born and brought up in the West. Their perfect English, their more than perfect Punjabi, their sensibilities and their careers (ranging from Intelligence Analysts at the Federal Bureau of Investigation to Financial Advisors at Wall Street) pointed towards the fact that there is a need to educate Gurdas Maan and he is also in dire need of getting rid of his assumptions.

In a place like Punjab, where young people don’t read literature, songs are the guiding light. Youth follow singers like God; hang on to every single word. My analysis of this song was therefore blasphemous (condition: if they read it). Old people take established singers seriously. The whole song is about how to easily judge a woman in western clothes and I disagree. Based upon this judgement, the problem of youth in Punjab is trivialized and women are blamed for the distorted problem.

Let’s reverse-engineer the distorted problem – women start dressing up traditionally, give up jobs abroad, stop speaking English, hide behind a veil, and so on. Is the problem solved? Hey folks, now that women are back on track, look at those politicians – they have stopped selling drugs. Oh, and these young men don’t bring any woman to a hotel room anymore. Have you restored the Heers and Ranjhas in their original sense? Also, we forget that Heer was a rebel of her times. People had invoked the gods to put her on the right path for her errant behaviour.

It does not matter what I wear or what language I speak; I am a human being. I have all kinds of things to say; I have more to me than just anklets, earrings, traditional or western outfits, hello – thank you. I am more than an object of desire behind a veil. You just need to accept it all. I don’t believe in chanting Waheguru like you do. I don’t call upon Waheguru to state that Punjabi men don’t wear chaadraas and turleywali turbans. Let’s invoke almighty Waheguru for the missing kaintha from the necks of modern men. The fact is that I don’t care.

The Punjabi world is headed towards a different, more open culture. Imagine if the Chalcolithic men and women had clung to the Neolithic wheel? There would not have been pottery, chariots, and cars. It is time we concern ourselves more about serious problems. What will happen to the world, only Waheguru knows, in case our men keep raping women, in case the unhinged jattwaad is not curbed, in case we don’t put an end to the lethal combination of drugs and politics, in case we don’t flush the garbage out of our popular regressive songs?

Bio:
Sangeet Toor is a Cybersecurity, M.S. student at George Washington University, Washington DC, a mentor at Women in Technology and a single mother to two handsome boys.

Tags: Punjab, Punjab Politics, Punjab Society
From: Issue 1/ Beyond Mumbai, 2012
← Enigma of her Arrival: From Rebellion to Commentary in the Jugni Narrative
Punjab, the backyard of Chandigarh →
8 Comments Post a comment