Urdu and the political movements

The relationship between a movement and its language is like the two strands of a DNA. Genetics has informed us about the coded messages present in genes of a DNA, which gets replicated. Similarly, the language that is being used as well as employed by a movement for articulating its grievances – political, economic, social, and others – has coded messages in the form of values, norms, and objectives of that particular movement. To put it differently, language is emblematic of the objective, grammar of camaraderie, and culture of that particular movement.

The idioms, phrases and slogans written on placards, banners, T-Shirts in a particular rally, protest and a host of such gatherings help the deprived and oppressed people in relating and identifying with that movement. Language nourishes a movement and also helps in framing the message and goal of people attached to it. It is also an index of a movement’s nature in terms of its inclusivity or exclusivity. One gets an idea of a movement’s texture as well as its matrix.

Since the coming of Modi government at the centre, we have been witnessing a slew of students’ movements popping up across India. One of the trappings that is new to me in all these uprisings is the emergence of placards, banners, posters, etc. bearing couplets, slogans, and messages written in Urdu script. To be frank, I have not seen such spectacles before. There used to be this stuff earlier; however, they were written in other scripts.

The re-emergence of Urdu script in the public sphere is not surprising, given the moorings of this language in this soil. Of late, it has been facing hatred and discrimination, too. This re-emergence informs about the power of Urdu, that it cannot be gagged and suppressed. It is the language of masses that easily takes side with ‘the wretched of the earth’. Moreover, it also helps us in understanding that this language has always been in the forefronts of struggle, and stood with the marginalised and oppressed lot of the society. This coming back of Urdu script at these sites, to my mind, is also a befitting reply to the myth that is regularly peddled by certain quarters about Urdu, its origin, and development.

The following pictures have been downloaded from the Facebook walls of my friends. 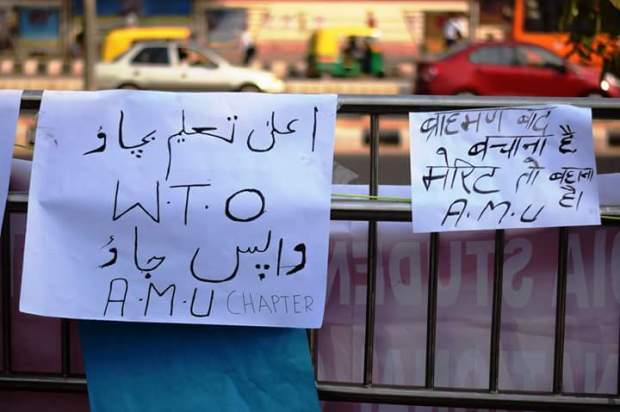 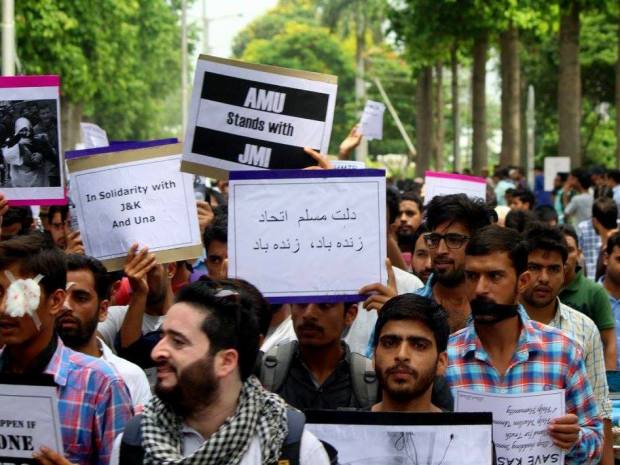 Bio:
Anas Aman is in the final year of B.A. (H) in Political Science at Gaya College, Gaya, Magadh University. He also keeps himself busy in activism and theatres.

Tags: Indian Muslims, Urdu, Urdu in India
From: Issue 1/ Beyond Mumbai, 2012
← Contents: India’s Response to the Holocaust and its Perception of Hitler (Issue 31)
C.M. Naim in Conversation →
No comments yet