Indian Muslim Denial of the Holocaust: Who are these Muslims?

Holocaust denial is the outcome of deep-rooted anti-Semitism – “the longest hatred” in the history of religions and human existence. The term “Holocaust denial” is designated to a range of attitudes contesting established facts related to the annihilation of six million European Jews in twentieth century Nazi Germany. There is no shared understanding of the meaning of anti-Semitism. It has been defined as “an expression of antipathy towards Jews as a people.” However, there is no uncontested definition of anti-Semitism. There is a debate, in the words of Keneth L. Marcus (2001, 5), “whether the term should be defined from the perspective of the victims, from the perspective of reasonable observers, or from some other vantage point.” In legal controversies, different legal systems rely upon different perspectives. The question of definition remains unsettled and it is from here that the problem of anti-Semitic thought emerges.

Tracing it back to 2,000 years, the prejudice against the Jews is seen to appear in early Christian thought that held the Jews responsible for the crucifixion of Jesus. With the passage of time and evolution of religious theology, this religious teaching became entrenched in both Catholic and Protestant thought, followed by centuries of persecution and systemic exclusion of Jews. This claim that Jews were responsible for Jesus’ death is found in the New Testament. In the Gospel of John, “Jews” as a collective group are persistently identified as the opponents of Jesus. Going by the biblical legacy of such representation, it becomes clear that it laid roots for another two thousand years of anti-Semitism. Soon after the crucifixion, Roman armies destroyed the Temple in Jerusalem that also led to the exile of Jews. The persecution was premised on the mere ascribing of faith.

During the medieval period, when plays on Jesus’ death were enacted, an enraged crowd would take to the streets and attack the Jews.  And it was by the fifth century that Christianity became the dominant religion of the Roman Empire. The early Christian church portrayed Jews as unwilling to accept the word of God; illuminations showed Satan binding the eyes of the Jews. Illustrations depicted Jews as the devil, with horns and cloven feet, and showed them using the blood of Christian children in ritual sacrifices. 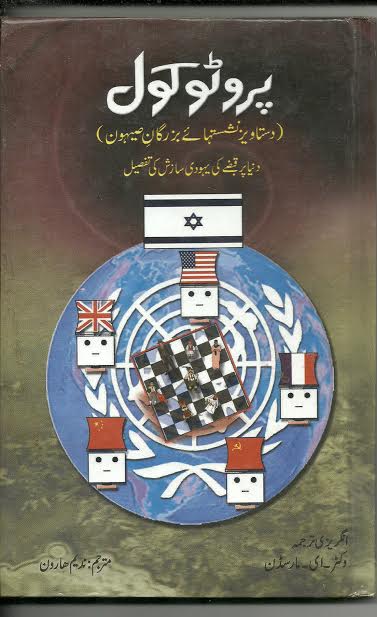 The Protocols of the Elders of Zion

The circulation of these images was so rampant that these lies came to be taken as truth. The anti-Jewish tradition of Christianity was carried forward in later centuries. With the passage of time, the religious discrimination faced by the Jews had gradually transformed into a thriving secular and political anti-Semitism. Nevertheless, freed from some restrictions, many Jews entered the Christian World and became prominent citizens. Then, around 1900, a new lie was promoted: that Jews conspired to dominate the world using their money and intelligence to manipulate trusting Christians. Russian secret police forged a document, The Protocols of the Elders of Zion, to support the story of a take-over plot supposedly authored by a conference of Jewish leaders. To divert popular discontent at appalling living conditions and autocratic control, Russian authorities encouraged anti-Semitic violence.

Also, the presence of Jews in German cultural, economic, and political life made them convenient scapegoats for Germany’s misfortunes. Hitler saw Jews as the source of all evil: disease, social injustice, cultural decline, capitalism and all forms of Marxism, especially Communism. It was here that anti-Semitism became the state ideology of the Third Reich. The role played by centuries of Christian anti-Semitism contributed to circumstances that made the Holocaust possible. Anti-Semitism did not end with the Holocaust and is a global problem today. Hatred of Jews based on religious, political, or racial ideologies continues among ordinary citizens, people of influence, and even under state sponsorship. This hatred often echoes the same falsehoods used by the Nazis.

While we discuss anti-Semitism found in the Christian world, it is equally important to address the issue of Holocaust denial in the Muslim world that appears to be more a result of political frustration that theological. Based on an ethnographic account, the Muslim responses presented in this paper highlight that the class factor has a major role to play in analysing responses to the Holocaust. 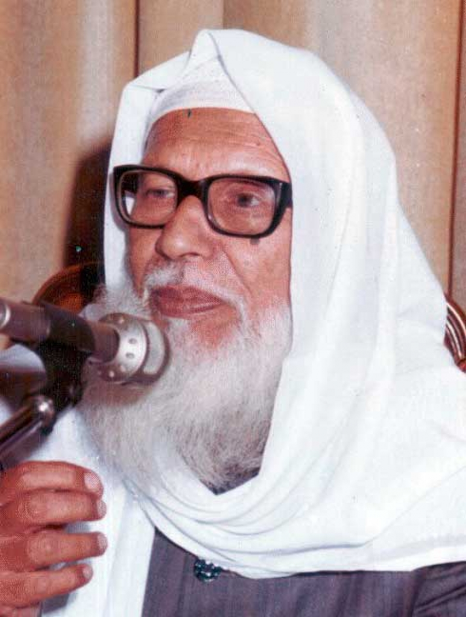 There are certain issues that melt down the sectarian differences in the Muslim world. The subject of Holocaust is one such issue. There have been learned Sunni scholars, like Sayyed Abul Hasan ‘Ali Nadwi, the rector of a leading Sunni Islamic seminary, Nadwat-ul-Ulama, in Lucknow and Founding Chairman of the Trustees of the Oxford Centre for Islamic Studies in England, who had in his book (2005, 6) justified the subjection and oppression faced by the Jews. Similarly, there are instances of anti-Semitism recorded in the Shia world, primarily in the Shia State of Iran under the Supreme Leadership of Ayatollah Ali Khamenei. Early last year, on January 27, 2016, the Ayatollah published a three minute long Holocaust denial video on his official website, titled, Are the Dark Ages Over?, questioning the historical credibility of the Holocaust.

While these are clerical responses in the Muslim world, it is important to probe whether these responses find place in the larger Muslim society? If yes, what is the rationale for the support to such arguments given by the religious clerics, who are more political in their diktats than spiritual?

In an attempt to find answer to the above question, I interviewed people belonging to different strata of the Muslim society in both Lucknow and Delhi. The profile of my 30 respondents varied – young, middle aged, and old. Of these, 10 were women, while others were men. Some of them were English educated, Madrassa educated, and uneducated. It was during my conversations with them that I came across a plurality of thought on the question of the Holocaust. The responses of the people I interacted with varied, from outright rejection to ignorance. This variation in response had to do with the class factor, where the urban educated elite, primarily English educated, were straightforward in acknowledging the genocide of six million Jews. These young respondents had learnt about the Holocaust during their school education, and the ones who went forward to pursuing humanities had further learnt about it in their higher education. For them Holocaust had been a “spine chilling event that shook humanity from its roots.”

There was another group of Muslims that has received minimal or negligent mainstream education. Here the interviewees had no knowledge about the Holocaust or for that matter about the existence of a community like the Jews. It was only after I made an Arabic reference of “yahudi” that the one of the respondents (male, 32) said, “There is a mention about the yahudis in the Qurán, but I don’t know what it actually refers to. And I am not aware of what you are talking about.” In fact, their responses were same and more related to the threat of violence from the majoritarian groups in India, lack of education opportunities for children and youth, and fear of unemployment.

Apart from these two categories there were was another set of people, the petite bourgeoisie and the middle class. It was in this group that I saw the traces of Nadwi and Khamenei. If we go back to the history of the Nazi Germany we see that it was this group of people that was to become the “political mainstay of fascism.” Their responses were more of a political reaction to the increasing violence of Israeli oppression in Palestine. It is this class which is closer to the clergy, updated with the politics around Israel and Palestine (however, this knowledge is limited to media coverage and news), and hence, easily influenced by the ‘sacred’ dictates. It was among this category that I could see a sense of “collective anger” at the Israeli policies and American backing. A pronounced anti-America sentiment too resonated among this set of people. One of the respondents (male, 48), upset with my questions, asked, “You tell me what America is doing today? Do you have answer to the Palestinian genocide?”

It was this social group whose concepts of Jews-Israel-Zionists were ambiguous, lacking clarity on any of the three different identities. In fact, the responses emitted by people here were in binaries – Holocaust versus Nakba (the catastrophe/the term nakba is used by Palestinians to describe the founding of Israel in a war when some 700,000 Palestinians fled or were expelled from their homes.)

My discussion with the different categories of Muslims tells that the “Muslim” is not a homogenous entity. What happens in the Arab-Muslim world is not necessarily a representation of Muslims in South Asia or India or elsewhere in the world. The Muslim responses, unlike the Christian ones, have been political – calling for the struggle of political liberty and free society. There was not a single response that was theologically racist in temper.

Such political responses, however, have led to societal polarization at the global level. In this unfortunate increasing polarization, the influence of the right-wing extremists portends an international crisis. For instance, the election campaign of United States President-elect Donald Trump runs parallel to the political movement of twentieth century Germany when Hitler gave birth to the exclusivist idea of “Make Germany Great Again”. Like Hitler, Trump, too, has won followers to his cause of “Make America Great Again”, indicating frightening similarities.

Bio:
Dr. Ambreen Agha is Research Fellow at the Indian Council of World Affairs (ICWA), New Delhi. She has previously worked as a Researcher with the Institute for Conflict Management on subject of extremism and religious violence in Pakistan and Afghanistan. She was awarded the degree of Ph.D. by the Centre for Political Studies, School of Social Sciences, Jawaharlal Nehru University (JNU), New Delhi, in 2015, for her ethnographic study on the role of women in Islamic Revivalist Movement of Tablighi Jama’at. Her larger research interest is in Conflict, War, Comparative Religion and various religious orientations that assert themselves, in both violent and non-violent forms.

Tags: Holocaust, India, Israel, Jews
From: Issue 1/ Beyond Mumbai, 2012
← Hitler in Hindi Press: International political cartoon in a Hindi periodical
Holocaust in the Indian Urdu Press →
No comments yet