The Different Faces of Hindi Cinema: the past, present, and future 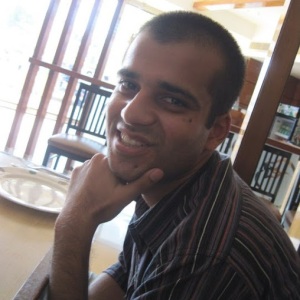 Storytelling is one of the most powerful tools known to mankind. It also happens to be one of the oldest art forms. Storytelling is not merely a means of indulgence but also a great source of learning. Since time immemorial, storytellers have spun yarns with the hope of delighting mankind. Be it the Illiad and the Odyssey of Homer, the Jataka tales, the Mahabharata of Vyasa, the One Thousand and One Nights, or the plays of Shakespeare, each of these sprawling sagas, above all, has proven to be a consummate manifestation of the human expression. Speaking of storytelling, it shares an intimate relationship with performing arts. As far as India is concerned, the history of performing arts can be traced back to Bharatmuni’s Natya Shastra, which describes art as the search for truth. Human life too is a pursuit for truth and happiness. It is this connection that makes life and art inseparable.

While discussing art in the context of the 20th and the 21st centuries, it is essential that we expatiate upon the notion of cinema as a mass medium of storytelling that’s often considered as the definitive art form. Cinema seamlessly combines elements of storytelling, performing arts, and science. At the turn of the 19th century, cinema became a phenomenon across Europe thanks to the exploits of the Lumière brothers who conducted private screenings of projected motion pictures in the world’s major cities such as Paris, London, New York, Montreal, and Buenos Aires. It was in July 1896 that the Lumière films finally got screened in Bombay (now Mumbai). A couple of years later, an Indian photographer named Hiralal Sen made India’s first short film, A Dancing Scene, from the scenes of a stage show, The Flower of Persia. It was followed up by H S Bhatavdekar’s The Wrestlers (1899) – a recording of a wrestling match at the Hanging Gardens in Mumbai – which was also India’s first documentary film. In 1912, Dadasaheb Torne made a silent film titled Shree Pundalik – a photographic recording of a popular Marathi play.

A year later in 1913, Dadasaheb Phalke made India’s first feature-length motion picture – a silent film in Marathi titled Raja Harishchandra. Palke, who is often referred to as the Father of Indian Cinema, had mastered the art of integrating centuries old narrative techniques, borrowed from the indigenous epics, with the emerging technique of making motion pictures. In 1916, R Nataraja Mudaliar made Keechaka Vadham, the first silent film in Tamil. Bangla motion pictures soon followed. The year 1931 proved to be a landmark for Indian cinema as it marked the end of the silent era with Ardeshir Irani making India’s first sound film Alam Ara, made in Hindi/Urdu. The early commercial success of Palke’s films not only paved the way for more such motion pictures but also set the ball rolling for cinema as a commercial art form. In the years to come, cinema in India evolved further as a potent art form capable of mirroring socio-political and economic issues plaguing India with films like Achhut Kanya (1936) and Sujata (1959). Hindi cinema gained international visibility with Chetan Anand’s Neecha Nagar (1946) and Bimal Roy’s Do Bigha Zamin (1953), which won the Grand Prix and Prix International awards at the Cannes Film Festival in 1946 and 1954, respectively.

National Award-winning film critic, M K Raghavendra, highlights in his book, The Politics of Hindi Cinema in the New Millennium: Bollywood and the Anglophone Indian Nation, how Hindi cinema, post-independence, played a big part in helping Indians imagine themselves as an entity binding them together – the Indian nation. Evidently, the first couple of decades after independence saw the influence of Nehruvian socialism on Hindi cinema. It is sometimes argued that popular films of the 1950s failed to capture the prevalent reality of the times owing to the filmmakers’ compulsion to fortify the nationalistic myths created by the newly appointed Jawaharlal Nehru government. However, if one tries to closely examine some of the most important films made during this period such as Raj Kapoor’s Awaara (1951), Bimal Roy’s Do Bigha Zamin, and Guru Dutt’s Pyaasa (1957), it becomes evident that the Hindi films of this period were not always in harmony with Nehru’s vision of India. But, it is also true that other important films from this era like Andaz (1949), Naya Daur (1957), and Howrah Bridge (1958) did succeed in depicting the dichotomy associated with Nehru’s ideals of modern India – the good side of modernity shown through the doctors, engineers, etc. and the bad side through the caricatures of the gamblers, cabaret dancers, etc.

While these trends continued, Hindi cinema never eschewed from capturing the nerve of the important historical events in post-colonial India such as highlighting the gloomy reality of the Sino-Indian war, the euphoria associated with green revolution of the mid-1960s, Indira Gandhi’s meteoric rise in the late 1960s, her growing populism in the 1970s and her crushing defeat in the 1977 general elections following the 21 dark months of Emergency, emergence of regional conflicts during the 1980s like the Khalistan movement, and the economic liberalization during the early 1990s under the prime ministership of P V Narasimha Rao, ushering in a new era of globalization.

While during the late ’60s and early ’70s Hindi cinema witnessed the dominance of romantic movies with actors like Rajesh Khanna, Shashi Kapoor, Dharmendra and actresses like Sharmila Tagore and Asha Parekh becoming household names, by the mid-1970s a new kind of hero emerged who was not identified by his chocolate boy image but by his rugged machismo. Popularly described as the ‘Angry Young Man’, this new protagonist actually represented the anger and frustration of an entire generation exploited by those in power. For, this was a period of political, social, and economic upheaval in India with the issues of poverty, unemployment, and political violence plaguing the common man more than ever. While Amitabh Bachchan made this character his own through the ’70s and the ’80s, actors like Anil Kapoor and Sunny Deol carried the mantle forward into the ’90s. The ’70s and ’80s also marked the advent of the Indian New Wave or Parallel Cinema with films like Ankur (1973), Nishant (1975), Manthan (1976), and Saaransh (1984). Mrinal Sen’s Bhuvan Shome (1969) is widely considered as the starting point of this movement. Shyam Benegal, Mani Kaul, Ketan Mehta, and Govind Nihalani are some of the prominent names of the Indian New Wave.

If we study Hindi cinema closely, we observe that the 1990s proved to be the tipping point with Nehruvian socialism making way for economic liberalization in India. As the Indian economy gradually opened up to the world, the Hindi cinema underwent an Anglicization of sorts owing to the growing influence of the Indian diaspora – a trend that is best demonstrated by films like Dilwale Dulhania Le Jayenge (1995), Pardes (1997), Kabhi Khushi Kabhie Gham (2001), and Namastey London (2007). During this period, Bollywood started catering more and more to the English-speaking Indians rather than the whole of India as used to be the norm earlier. In other words, the poor were no longer the subjects of Hindi movies. The trend perpetuated with the continuous expansion of the urban middle class under the Anglophonic cultural influence as well as the multiplex boom. In the recent times, leading filmmakers like Vishal Bhardwaj, Anurag Kashyap, and Tigmanshu Dhulia have made efforts to bring about a change to this trend by making films such as Matru Ki Bijlee Ka Mandola (2013), Gangs of Wasseypur (2012), Paan Singh Tomar (2012), etc. but most major production houses are quite content in sticking to the safe formula of making films that cater to the Anglophonic tastes of the diaspora as well as the urban middle class, as evident from films like Jab Tak Hai Jaan (2013) and Dil Dhadakne Do (2015).

Although, in terms of revenue generation, Hindi cinema is continuing to take new leaps but there appears to be a stagnation of sorts in terms of creative thinking. Today, the success of a Hindi film is determined by whether it enters the ‘100 Crore Club’ or not. Even the most successful films run only for a few weeks as opposed to the ‘Jubilee Era’, when success was measured in terms of the number of weeks a movie ran in the theatres: 25 weeks (Silver Jubilee), 50 weeks (Golden Jubilee), or 75 weeks (Platinum Jubilee). Hindi cinema appears to lack the impetus needed to march in the global arena. It is true that in the recent times, Hindi films like Miss Lovely (2012), Titli (2014), and Masaan (2015) have made it to the Un Certain Regard Section at Cannes. But, why is it that our films are finding it hard to make it to the competition grade at the world’s premier film festivals such as Cannes, Berlin, and Venice? Why is it that no film since Lagaan (2001) has got nominated for the Oscars? Where is Hindi cinema’s answer to the Terrence Malicks, the Nuri Bilge Ceylans, the Christopher Nolans, and the Paolo Sorrentinos of the world? Let’s not forget that there was a time when stalwarts like Chetan Anand and Bimal Roy competed head and shoulders with some of the world’s best filmmakers at the leading cinematic forums across the globe. What Hindi cinema needs today are brave filmmakers with novel and ingenious ideas. Perhaps, Hindi cinema can take the lead from Marathi cinema, which has really come of age during the last few years. Along with the upcoming crop of filmmakers, the onus also lies with the young Hindi film audiences to grow choosier and become more demanding of the filmmakers. As the French  author Andre  Malraux said: “Great  films  will  be  made  when  we  become  a  great  audience.”

Bio:
Murtaza Ali Khan is an independent film critic based out of Delhi. He runs a movie site called A Potpourri of Vestiges, which has been repeatedly acknowledged as a top-rated movie blog by leading blogging networks in India such as BlogAdda, Indian Top Blogs, Baggout, etc. Murtaza is also a regular contributor to various reputed sites such as The Huffington Post, Jamurra Blog, and Desimartini (wherein he is credited as a Movie Jockey). He also writes for Wittyfeed.