Indian Cinema and the Notion of Cultural Nationalism 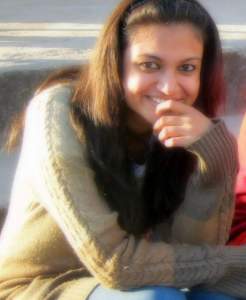 Cinema plays a pivotal role in the lives of people. With the potential to wring the withers in a manner that make people immerse themselves in the stories, films either ride off into the sunset or tear the heart into pieces with a tragic end. Cinema has been a major force with which everyone could relate and finds an escape from depressing and exhausting robotic lives. It does not only act as a mirror of the society but indeed becomes a site for representation influencing the manner in which social identities are constructed to a considerable extent. It functions as a powerful tool to impact public opinions, re/affirming traditional societal structures or deconstructing them.

Since its birth in the twentieth century, Indian cinema has been successful in transcending geographical and cultural barriers and becoming the third largest film industry in the world after United States and China. From 1913 to 2016, the journey that Indian cinema has covered exhibits the list of movies that has portrayed varied, but contradictory, ideologies and beliefs. For instance, in an era where movies like Pink (2016) and Angry Goddesses (2015) attempt to dismantle the patriarchal fetters strangling the lives of women, films such as Sultan (2016) and Cocktail (2012) disturbingly end up contributing to its re-establishment. Likewise, while movies like Bajrangi Bhaijaan (2015) and Filmistaan (2014) accentuate emotional memories of brotherhood between the two nations (India and Pakistan) latent within society beyond brutal political games, films such as Border (1997), Gadar (2001), and Maa Tujhe Salaam (2002) have blatantly produced an outright negative image of Pakistan. Thus, Bollywood seems to be a stage for the occurrence of parallel contradictory phenomena where the inclination towards one is contingent on the contextual stimuli of a particular period.

Nationalism, as a western concept, has been the manifestation of dominant beliefs and values. It is closely connected to the identity and culture of the people which, following the essentialist understanding, are understood as territorially bound. Benedict Anderson is, undoubtedly, correct in his insistence on the existence of an abstract relationship amongst individuals, which could be shaken up by triggering nationalism through media. However, nationalism does not pertain to only sentiments but also manifests a form of politics. The sentimental values are attached to national anthems, national flags, and other symbols and are instilled into people’s mind through education and media. For example, Narendra Modi’s speeches are symbolic of a particular idea of nation. Prime Minister Modi’s speech in Parliament on 28 November, 2015, represents how he implicitly accords higher value to Sanskrit ‘shlokas’ while setting forth the ‘idea of India’. In order to achieve a ‘better India’, the underlying basis remains assimilation into the Hindu idea of nation, barring any other cultural identity whatsoever. India, which accommodates diverse cultures, gets subsumed under one culture, the majority culture.

Over time, Bollywood has also emerged as the medium through which the unification of Hindu cultures – hardly ‘Indian’ culture – as per Hindutva principles, could be perceived. Such process of unification has also triggered a simultaneous process of exclusion/inclusion and good/bad citizens. Rhetorical strategies have also been employed in order to mobilize support. Use of movies along with the distortion of history with the aim of mobilising support of particularly the Hindu middle class has remained significant in right wing politics to invoke nationalism through the portrayal of the minority as a threat to the majority culture. As Sadanand Menon, in a recently published book Nationalism, co-authored with Romila Thapar and A G Noorani, contends that, “a key component of the politics of cultural nationalism resides in its ability to create an enemy.” In the process of the construction of the enemy, it is not difficult to observe that Pakistan has been imagined as a threat in the international sphere, and minorities, particularly Muslims, have been described as constituting the category of ‘other’. Sentiments of other religions are given secondary or no space at all in the public discourse. For instance, Bal Thackeray’s condition for the withdrawal of protest against Deepa Mehta’s movie, Fire (1996), based on the homosexual relations between two women within a Hindu family, was only that the religion of women portrayed be changed to Muslim! The ‘defamation’ of Hindu women by such portrayal of homosexuality was construed as direct attack on the ‘sanctity’ of Hindu women, while simultaneously setting an inferior benchmark for another religious group. In the wake of the ascendancy of a particular ideology, the othering of minorities becomes inevitable.

Bollywood has not only emerged as a cultural object but has also turned into a political tool. In their most prolific work, The Culture Industry: Enlightenment as Mass Deception, Adorno and Horkheimer have represented the culture industry as the source of production of commodities which, through manipulation and deception, structure the culture itself in such a manner that authoritarian and conformist values are purported as democratic. Indian cinema seems to have drifted on a similar course.

The 1990s not only marked the advent of liberalised economic growth and globalisation but also the ascendancy of the Hindu Right. The process of homogenizing society in terms of the Hindutva ideology, if not forcefully then in a subtle manner, had begun to become more visible. Hindi cinema, which has been welcomed as an intriguing and entertaining cultural object, also witnessed the manipulation of the meaning of culture, which shifted from Indian culture, incorporating the values and beliefs of different faiths and beliefs, to a predominantly Hindu culture. Mani Ratnam’s movies deserve a special mention here. There has been huge debate over the Ratnam’s trilogy of Roja (1992), Bombay (1995), and Dil Se (1998), and the ‘essential’ Indian nationalist values these films foster. Dil Se and Roja, which were commercially successful, reflect the compelling idea of commitment towards nation, which marks the final end in one’s lives. Likewise, movies like Jaal-The Trap (2003) and Fanaa (2006) sets forth the similar stipulation. While Fanaa portrays the love story of two Kashmiri Muslims, Jaal-The Trap revolves around the love story of two Kashmiri Pandits. In both the movies, one of the lovers is a terrorist while the other takes up the burden of bringing down the former for the ‘love of Motherland’. Both the stories prioritise the nationalist responsibility of a ‘good’ citizen towards her nation that comes before any sort of human emotion. An uncritical reception of such movies with huge commercial returns proves the inculcation of similar values in society. Use of symbols like flags and slogans makes it much easier, albeit significant, in the consumption of already well constructed images of ‘Indian-ness’.

Such subtle processes of constructing a ‘good’ Indian have swiftly resulted in an outbreak of open manifestation of hatred without much resistance coming from within the society. The recent case of threats and violence that broke out over the release of Ae Dil Hai Mushkil (2016) is one such case in point. After the Indian military was attacked by alleged Pakistani militants, there was a subsequent demand for a ban on the inclusion of Pakistani actors in Indian films. In the wake of such events, it also seems that many renowned figures of film industry such as Karan Johar and Annu Kapoor have surrendered to the current wave of cultural and national appropriation.

There is no denying that the subtle transformation of cinema to a significant political tool has had a significant impact on the public sphere, which has now evidently begun to put off any scope of argumentation or discussion. The current scenario has turned India into a site for the unrestrained lynch mob, ghar vapasi (return to the Hindu fold), violence on minorities, Dalits, and many unprecedented crimes against humanity. Directors, academicians, writers, scholars, activists, and other staunch opponents of such ideology are required to come to the fore and join hands in an attempt to raise a united voice with the hope of influencing popular culture and discourse.

Bio:
Hemaadri Singh Rana is pursuing MPhil in Political Studies from the Centre for Political Studies, Jawaharlal Nehru University, New Delhi. She can be reached at hemaadri.rana@gmail.com.