What if, the University is a Parrot’s Training? 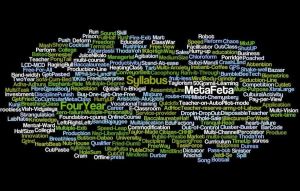 Once upon a time there was a bird…It sang songs, but did not read the scriptures. It flew, it jumped, but did not have the faintest sense of etiquette. The King said, “Such birds! They are of no use at all…” He called the minister, and commanded, “Educate it.” … The scholars held long discussions, the subject being “What is the reason behind the foolishness of this creature?” The conclusion was: much learning could not be stored in the tiny nest that the bird could make with just chips and twigs. So, first of all, it was necessary to build a good cage for it…The goldsmith started building the cage…Some said, “Education indeed!” Others said, “Education or no education, at least the bird has got the cage!…” The pundit came to teach the bird. He took a pinch of snuff and said, “A few books won’t do.” The nephew summoned the scribes. They copied from the books and copied from those copies and made an enormous mound of such things. Whoever saw it, said, “Bravo! Learning is going to overflow!” … The King wished to see for himself the lightning speed at which education was proceeding.… And he saw it. Very pleasing indeed. The method was so overwhelming compared to the bird that one could hardly notice the bird…There was no corn in the cage, no water either. Only heaps of pages had been torn out from heaps of books; and with the tip of a pen, those pages were being stuffed into the bird’s mouth. There was no room in the mouth for the bird to squeeze out a cry, let alone a tune. It was really a terribly pleasing sight. (Rabindranath Tagore in The Parrot’s Training)

What if, Tagore, was offered a Professor position in (comparative) literature in the University of Calcutta after he was awarded the Nobel Prize? What would Tagore have done? Would he have taken up the position? Or would he have stuck to Shantiniketan (the abode of peace)? Why did Tagore in the first instance set up Shantiniketan? Was it a rejection of the then existing University of Calcutta, set up largely by the British, by the colonizer? Was it a rejection of the university (system)? What was wrong with the extant idea of the university that Tagore had to reject it? Was it simply because the idea of the university was always already coloured with colonizing intentions? Or were there deeper critiques? Was it a rejection of the ‘university’ as a concept? Was Tagore setting up in Shantiniketan the other kind of university, a university that was marking difference with the university imagination itself, a university that was not a university in the classical (western) sense? Tagore inaugurated in Shantiniketan and thereafter in Sriniketan (the abode of the aesthetic) the perspective of praxis; praxis as the foreclosed of the University imagination – an imagination steeped in and limited to the learning, teaching, writing of the cognitive sciences; while the classical imagination of the university sharpened largely the cognitive and the intellectual self, Tagore inaugurated in the ‘culture of the self’ the creative expression and praxis of the affective, the aesthetic, and the ethical; the praxis of being-in-the-world which is “disclosed” and being-with-nature; the praxis of labouring activities in the “average everydayness” of the ashram; the praxis of self and social transformation. Tagore’s turn to Shantiniketan and Sriniketan could be seen as a departure from the classical university imagination and from the kind of cognitivist student-subject the University mass-produces; such mass production of cognitive student-subjects in turn creates a culture of turning away from the masses; more on the history of this turning away in the context of the birth of western philosophy in Plato’s dialogues below.

Tagore’s critique of the classical university imagination and of the cognitivist perspective (Tagore’s writings and Tagore’s actions – i.e. Tagore’s turning away from the kind of parrot’s training Universities impart and the creation of Shantiniketan for practices of self-transformation through the realization of creative freedom and Sriniketan for practices of social transformation through ‘rural reconstruction’ – stand testimony to such a critique) finds a somewhat surprising ally in Lacan’s (2007 [1969-1970]) enumeration of the Discourse of the University on the side of the Master’s Discourse, i.e. on the side of the master-as-oppressor, and of ‘reaction’. We were expecting the Discourse of the University to be on the other side of the Master’s Discourse, to be on the side of the lived experience and discourse of the ‘slave’; the University looked to be aligned with the world of the ‘slave’; which is also why we feel the need to protect the University; hence the incitement around a protectionist discourse on the university. Does the existing University need protection? Or does the University need re-form? Does the University need to shed its old habits and re-conceptualize itself anew? Does the University need to exist because the masses are in awe of whatever is going on inside the University? Or would ‘legitimacy’ among the masses be the ground and cordon of protection; a legitimacy that is born not out of the ‘male perspective’ (“my seed; my son”), but out of a culture of being-with-Others, a culture of caring connection with the masses? What is or should the University be: the secret theoretical justification for turning away or the ground and creation of the “potentiality-for-being-in-the-world”?

How however does the Discourse of the University take shape? Lacan foregrounds the “theft, abduction, stealing slavery of its knowledge, through the maneuvers of the master” in Plato’s dialogues. The entire function of the episteme as “transmissible knowledge” is borrowed from the techniques of the craftsmen, of the serfs, of women working in households; “It is a matter of extracting the essence of this [community] knowledge in order for it to become the master’s knowledge”, or “theoretical knowledge” – theoretical knowledge in the emphatic sense that the word “theoria” has in Aristotle, or has in Hegel with respect to “absolute knowledge”, or has in ‘modern science’, and has in the University. Lacan is also concerned about the “persistence of a master’s discourse”; what happens between the classical and coercive Master’s Discourse and that of the modern secular subtle master – the consent generating University – is a modification in the place of knowledge; knowledge becomes theoretical; knowledge becomes cognitive; and the western philosophical tradition “has some responsibility of this transmutation” (Lacan, 2007: 31). “Philosophy in its historical function is this extraction, of the slave’s knowledge [for Lacan, and of the woman’s knowledge-praxis for Irigaray], in order to obtain its transmutation into the master’s knowledge” (Lacan, 2007: 22).

Is there in the … idea of women’s studies something which potentially has the force, if it is possible, to deconstruct the fundamental institutional structure of the university, of the Law of the university? There seem to be two hypotheses, two responses. On one hand, there is the positive deconstruction, which consists of saying that one cannot be content with only positive research, but that one must push to the end of the radical question concerning the university Law, and do more than simply institute a department of Women’s Studies. That is the optimistic deconstruction, the deconstruction which would not submit to the Law. And then there is another deconstruction, perhaps not resigned or fatalist, but more conscious of the law of the Law and of the fact that even the radical questioning, even the radical deconstruction of the institution of the university by women’s studies would not be able to reproduce the Law in the face of the Law…if one were to radically deconstruct the old model of the university in the name of women’s studies, it would not be to open a territory without Law … But it would be for a new relation to the Law. It is necessary to establish the departments of Women’s Studies which would resemble their brothers and sisters of literature, philosophy, anthropology, etc., but after one had done that, one would already have found the Law again. But at least one would have radically changed the situation. One would have rediscovered the Law … That would be the pessimistic deconstruction.

It is difficult to choose between what Derrida calls ‘optimistic’ and ‘pessimistic’ deconstruction. It is all the more difficult to imagine a secure path for women’s studies or the women’s/feminist movement. Just like it is difficult to choose a secure path for the future university or the future of the university. In this context, one can gesture towards two broad brush imaginations of the university. The first is a sort of emancipatory movement that is within the tradition of enlightenment and progress, and in some ways very boring, but very secure also; very necessary but also not so imaginative. The other imagination of the university is more than one more supplement to the beehive; at times it looks a little maverick. It’s a way of doing things which can think almost beyond, or re-think the existing structure. This other imagination of the university is in destructuring structure or in destructuring Discourse, the Master’s Discourse; which is why the protection of the extant university is never ever enough; one needs to find (in Tagore for example) and found (like Tagore perhaps) in the future another imagination of the University, an imagination that is not strictly cognitive, intellectual or theoretical, an imagination that is singed in praxis and that does not turn away from the slave’s knowledge or that which is not just appropriative of the slave’s knowledge.

The ‘university’ in that sense is something one cannot not give up.

Irigaray, L. 1985. This Sex Which Is Not One. Trans. Catherine Porter. New York: Cornell University Press.

Bio:
Anup Dhar works at the interface of the Marxian political and Lacanian psychoanalysis, which offers him a way to rethink questions of ‘transformative social praxis’ in largely adivasi (and dalit) contexts in central India. He is the editor of CUSP: journal of studies in culture, subjectivity, psyche. His co-authored books include Dislocation and Resettlement in Development: From Third World to World of the Third (with Anjan Chakrabarti; Routledge, 2009) and The Indian Economy in Transition: Globalization, Capitalism and Development (with Anjan Chakrabarti and Byasdeb Dasgupta; Cambridge University Press, 2015). Co-edited books include Breaking the Silo: Integrated Science Education in India (forthcoming: Orient Blackswan, 2016) and Clinic, Culture, Critique: Psychoanalysis and the Beyond (forthcoming: Orient Blackswan).