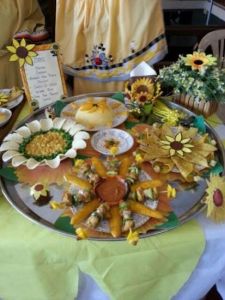 In 2014, I saw a video that changed my life. My husband sat me down, told me that this was going to be upsetting and showed me a video that my father had sent him. It was a documentary from Australia featuring one of my family members recounting her experience of being cut at the age of 7 in a dingy apartment in India by an old woman. Her telling of the story horrified me, which is the same reaction I have always had about Female Genital Mutilation (FGM), but what startled me was the fact that this was a Bohra woman, like me. She said this happens to all Bohra girls around the age of 7 and that it had happened to her sister too. I refused to believe that FGM could be happening in my Bohra community but, as she kept talking, I realized that she spoke the truth.

I immediately recalled my summer trip from the UK to India at the tender age of 7 to attend my uncle’s wedding. My mother had made me new dresses and I had matching hats and headpieces to go with them. It was going to be so much fun.

What I couldn’t recall, though, was the actual khatna, but I have since received confirmation from my family that it was done to me. Even then, the reality did not sink in. How could I not remember it? Maybe it wasn’t done to me after all; maybe it was all a ruse to ‘save face’. What I’ve learned since is that some women erase the memory of the traumatic event completely and utterly. Sometimes, it can be restored and other times it can’t. I still haven’t accepted if it’s better to know or to not know. Either way, it feels like a violation.

The sad truth is that the practice of khatna on young Bohra girls is done in a clandestine manner, and perpetrated by women, with the deep-seated belief that it will keep the girl naik, that is, decent and modest. What I don’t understand is how subjecting a 7-year-old girl to a painful and traumatic tradition can teach her anything, except maybe shame, and the notion that her body is not her’s to control.

Dawoodi Bohras are a deeply religious community. We fiercely hold on to age-old traditions with no recollection as to why they are so important in the first place.

If we want our daughters to be naik, then let’s teach them to be strong and powerful human beings. Let’s teach them that they are in control of their own minds and bodies, and that they should use them both wisely. I imagine a day when the coming-of-age ritual consists of a 7-year-old girl being taken to a room by her grandmother, only to find the room filled with other women and girls who shower her with love and reinforce that her body is beautiful, powerful, and sacred. And there really would be ice cream and cake, as so many of us were promised!

Like so many women I have spoken with, my khatna was a source of great shame and embarrassment. How could I, a professional woman, having grown up in the UK and now living in the US, have been subjected to such a terribly ‘backward’ form of abuse? This contradiction within the modern and progressive community I have always been part of, profoundly confused me. I didn’t know how to talk about it. But as I heard one woman after another narrate her story, I realized this is not something that I needed to be ashamed of. I didn’t do it after all, it was done to me. And it was done without my knowledge or consent.

I joined a group of women who understood exactly what I was going through and the more I talked to other women, the larger this circle of fellowship became. And, most important of all, I did not feel alone.

My favorite quote is the following by Martin Luther King, Jr.:

“It may well be that we will have to repent in this generation. Not merely for the vitriolic words and the violent actions of the bad people, but for the appalling silence and indifference of the good people who sit around and say, “Wait on time.””

This quote has affected me deeply, and, with the support and strength of the hundreds of women whose stories of khatna have cut me to the core, I found my voice and decided I could not be silent or indifferent any longer.

Speaking out has caused issues. No doubt about that. I have been told that I am “airing dirty laundry in public,” that I am “talking about personal things that should remain private,” and that I “should be ashamed for exposing my family.” But my question is: what was being done to save us girls when we were NOT talking about this issue? Only after so many of us have stepped out and taken this verbal barrage from others are we starting to see change. How can we expect action to be taken if the problem is not even acknowledged?

I am happy to be a Bohra. I have no desire to leave the community in disgust because khatna has been done to me and to my fellow females. I don’t even expect an apology for the societal pressure that my mother was under when she had it done to me. What I want to do now is to fix things going forward so that no more little girls have to go through what we have gone through. And that also includes a firm statement from the Dawoodi Bohra central Dawat that khatna is both unnecessary and harmful.

I have learned so much about the community I thought I knew so well. And, more importantly, I am seeing change. I am seeing people in authority in the community discouraging khatna. It may not be a loud voice but it is a powerful, grassroots one. This gives me hope.

The Bohra jamaats in Sydney and Melbourne in Australia and London in the UK have banned khatna. Why do our sisters from all over the Bohra diaspora still have to suffer when our sisters in Australia and UK are spared? Are Bohra women valued more in some countries than others?  All Bohras, worldwide, follow the same traditions, which is what makes the community wonderful. In one instant, all Bohras find out in which city our Syedna will be preaching his Ashurah sermon each year. But with khatna, individual letters are being sent from each jamaat.  Why is the tradition of khatna treated differently?

Khatna is illegal under Female Genital Mutilation laws in the US (18 U.S. Code § 116 – Female genital mutilation) but if khatna should not be done by some Bohras, should it not be extended to all Bohras regardless of the law in that country? If you had a daughter in Dubai, would you still consider subjecting her to khatna if your sisters in Australia and the UK are specifically told not to?

The answer should be a resounding ‘no.’

Bio:
Zehra Patwa is a 45-year-old woman currently living in the U.S. She has added her strength to the rising tide against female genital mutilation among the Dawoodi Bohra community.