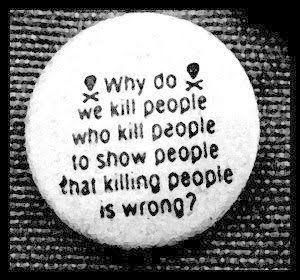 JNU is a symbol of the ideals of political and cultural pluralism which are the foundational principles of Indian democracy. Exponents in the field of social sciences, Marxists and non-Marxists, radicals and non-radicals have taught discussed and researched at the university and have shaped the political consciousness of the students since its establishment. To disagree is one’s right, to protest is just and to dissent, democratic.

A group of 10 students, who were formerly with the Democratic Students Union (DSU), a Marxist-Leninist-Maoist group, considered to be one of the Far-Left parties on the campus, organised a cultural event which involved the screening of the documentary, “The Country without a Post Office”, on February 9, 2016. The DSU has been critical of state excesses in Adivasi or tribal lands and has been campaigning against state organised programmes like Operation Green Hunt and laws such as the Armed Forces (Special Powers) Act and the Unlawful Activities (Prevention) Act. The DSU professes the Leninist doctrine of “right to self-determination”. However, it has no direct links with either the banned Communist Party of India (Maoist) or other militant groups in Kashmir and north-eastern India. It has no history of inciting or unleashing any form of violence on the campus or outside. Scholars and writers with similar ideologies have often participated in the DSU’s programmes. Since JNU’s academic and political environment has always encouraged critical thought, of which teachers, students, the administrative staff and the karamcharis (the manual workers) have been an integral part, political activism of different hues, from extreme Right to extreme Left, is welcomed.

The JNU administration acted as the representative of the state and they took an anti-student attitude on the issue. Many rights of the students of the university were violated by the administration. The guidelines on entailments to students issues by the University Grants Commission (UGC), the statutory body that oversees the administration of Central Universities, on April 23, 2013, (vide D.O. number F.14-31/2011 (CPP-II)), states: “As democratic citizens, the students are entitled to freedom of thought and expression within their institution. The university must allow space for free exchange of ideas and public debate so as to foster the culture of critical reasoning and questioning. College/University authorities must not impose unreasonable, partisan or arbitrary restrictions on organising seminars, lectures and debates that do not otherwise violate any law.”

The permission granted by Jawaharlal Nehru University Vice-Chancellor, V. Jagadeesh Kumar, to allow the police inside the campus and his undemocratic handling of the inquiry into the February 9 incident are regarded by the academic community as a gross violation of the guidelines. The university inquiry committee found that eight students had raised “unconstitutional slogans” and has recommended academic suspension as a punitive measure. Ayesha Kidwai, professor, JNU, says, “The inquiry committee itself is unconstitutional. Under the JNU constitution, it is mandatory to have at least one representative of each school in the inquiry committee. The Vice-Chancellor appointed representatives of only science schools in the committee.” The JNU Teachers Association (JNUTA) had demanded the scrapping of the committee’s findings and has asked the Vice-Chancellor to conduct a fresh internal probe acceptable to all.

The discussion about the death penalty given to Afzal Guru and the violation of a fair judicial process, and the desecration of human rights related with the issue is not new. Some students of JNU conducted the programme against capital punishment to discuss about the same issue too. Many people including former Supreme Court Chief Judges in the likes of V.R. Krishna Iyer, P. N. Bhagavati, A. K. Ganguly, and A.P. Shah came forward for the banning of death penalty. Unfortunately, the popular discussion about the banning of death penalty has  taken place in India only during the controversial death penalties with much emotional spirits attached to them. The media, especially the electronic media unfortunately prefers to be one-sided in the concerned debate, often playing to the galleries. The discussions on most television channels related to the execution of Ajmal Kasab, Afzal Guru and Yakub Memon were connected only with terrorism, anti-national activities and mass murder. Several questions including whether the due process of law was followed or whether the trial was indeed fair and about the disagreement of one of the judges on the judicial panel were discussed and debated. The events revolving around the 9 Feb incident and JNU protest movement are a good opportunity to analyse capital punishment on the basis of humanity, moral values and a judicial system based on the idealised approach of the opposing dualities of life and death, crime and punishment and so on. Human rights activists oppose death penalty not on the basis of caste, class, religion, race, nationality, political alliance and so on; not on the basis of who ought to be be punished; not on the basis of what should be the reason of the punishment; but because of the humanitarian stand for the ‘right to life’, recognised as a fundamental and inviolable right. They oppose all types of killings like murder, holocaust, and war, including death penalty. Death penalty is also a form of murder; it is a pre-planned judicial killing conducted by the state with the help of its machineries. The simple logic of vengeance of murder by murder is hidden behind this form of punishment.

Eminent judicial luminaries including practising and former judges have suggested that in recent years, many big mistakes have occurred related to the verdict of death penalty in some significant cases. Fourteen Judges of the Supreme Court approached Pranab Mukherjee, the President of India, to reduce the verdict of death penalty to life imprisonment. These judges include P.B. Savand, A.P. Shah, Bilal Nazki, P.K. Mishra, Hosbeth Suresh, Panachand Jain, Prabha Sreedevan, K.P. Subrahmanyan, P.C. Jain, S.N. Bhargava, B.G. Kolse Pattel, Raveer Sahai Varma, B.A. Khan, and B.H. Marlapalle. This is the best example that there is a chance of error in the verdicts of capital punishment.

The double standards in the verdict of death penalty should also be analysed. Including pregnant women and children, 97 Muslims were massacred in Naroda Patya in 2002. But the culprits of this case, Maya Kodnani and Babu Bajrangi, were not sentenced to capital punishment. Maya Kodnani was an MLA and a gynaecologist who had a clear role in the Naroda Patya incident. At the same time, Afzal Guru and others were executed without much delay in court procedure and without even considering their relevance as strategic tools in the fight against terrorism. On one hand, the BJP led government calls JNU as anti-national; on the other, BJP is making an alliance in Kashmir with PDP, a political party which takes a strong stand against the judicial execution of Afzal Guru.

Historically, crime and its punishment have been decided on the basis of the interest of the state. The state has been using death penalty to silence either political rivals or dissenting voices over the long march of history. Under the colonial rule, many Indian freedom fighters lost their lives to it. The intention behind the killing of Zulfikar Ali Bhutto, Saddam Husain, and Gaddafi were also to fulfil the political needs of the time. One of the main excuses used by the state in sentencing its own citizens to death is ‘anti-national activity’. The holocaust by Hitler and the Nazi party was conducted under the veil of patriotism and nationalism. It is easy to kill available preys and praise nationalism to reinforce certain constructs of nationalism.

One of the arguments in favour of capital punishment is that it would reduce crime rate, which seems to be a fallacy. If it is right, the most peaceful countries would be those countries which successfully implement death penalty. We should also understand that the killing of Afzal Guru, Ajmal Kasab, and Yakub Memon did not reduce terrorist activities and heinous crimes like rape. In short, death penalty can also be understood under certain theorizations as a crime done by the state. One of the important reasons for this punishment is for the government in power to achieve short term political gain.

Why does the university matter in relation to themes such as anti-nationalism, patriotism, death penalty? It matters because in the present state of affairs, the university represents the idea of pluralism, an inclusive approach to the oppressed communities, tolerance of diversity of views and the possibility of arguments without resort to coercion and violence. The very existence of a university, be it JNU or HCU or any other central or state university, is to discuss, debate and argue democratically on various subjects and to listen to the dissenting voices tolerantly. As university scholars, we will discuss about anti-nationalism, death penalty, state-sponsored terrorism, oppression by the state towards its own citizens, communalisation of politics, and so on. It is indeed these ideas which the university represents that are under the threat of state repression. This is quite evident from the ideological war unleashed against JNU, the use of brute force (and denial of basic amenities) against HCU and the attempt at hegemonizing academic spaces in FTII and Pondicherry University. We have to and we will fight against the interference of the state in the internal affairs of the university and labelling of eminent universities as anti-national for petty political gain. The protection of these democratic spaces is the only means to safeguard the smooth functioning of our nation as a democracy today and in the future.

Bio:
Tintu K Joseph is an Assistant Professor at Kuriakose Elias College in Kerala. He is also a PhD candidate at the Centre for Historical Studies, JNU. He is interested in the themes of religion and society, identities, state formation and queer studies. He can be contacted at tintu_kj@yahoo.in

Tags: JNU, Sedition, Student Movements in India
From: Issue 1/ Beyond Mumbai, 2012
← TO BE DEMOCRATIC IS TO BE RADICAL: An Interview with Umar Khalid
Sedition in a Democracy →
No comments yet