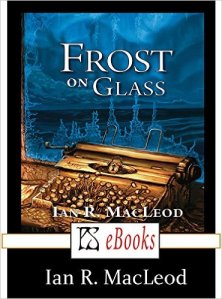 I want to tell you about the book I read last year that made a lasting impression on me, that effected me in a number of ways and that I think everyone should read; but before I do that I have some things to confess.

Each year, in the course of my work as an editor and small press publisher, I read a lot of texts. I read most of these onscreen, because that is a convenient, if tiring, way to read them. At the time I read them they are not books, but the vision of a man or a woman who dreams that one day their text might become a book that others will want to read. When reading for pleasure, I read books that meet my expectation of what a book is; and that’s the dictionary definition of a book: noun: a written or printed work consisting of pages glued or sewn together along one side and bound in covers. I don’t read the smoke and mirrors texts that are often referred to as e-books—a misnomer if ever there was, and that should more properly be called e-texts, for a number of reasons.

First, e-texts are a triumph of marketing over common sense. When a reader purchases an e-text, they are not buying a physical item that they can read and enjoy, then place on a shelf to add to an attractive library, or loan to a friend or pass on to a family member. In fact, they are buying nothing at all, or, at best, a license to read a text that can be withdrawn from them at any time at the whim of the seller—as has happened numerous times to customers of Amazon.

Second, e-texts devalue the written word by presenting it in an impermanent and illusory form. The next time you enjoy browsing in a library filled with old books, or a used book store, ask yourself whether the world would be a richer or poorer place if the whole world relied on nothing but e-texts. Ask yourself too, how the spread of knowledge and reading for pleasure would be hindered if e-texts totally replaced books; there would be no element of discovery in unearthing a volume that sparked your interest and none of the ‘pleasure of the hunt’ as you sought that hard to find book that you wanted to read so very much.

Third, e-texts are not user friendly. Certainly, if most of your reading takes place while you are sitting on a beach, quickly sliding from e-text screen to e-text screen as you progress, it might be convenient—at least until the battery fails. What if, though, you want to share your insights on a text with others, they might have a different e-reader, with a different size screen and telling them to read the fourth paragraph on page one-hundred and thirty-eight then becomes meaningless.

From the forgoing you may have assumed that I’m a lover of real, printed books, with real covers, real pages and the real aroma of ink. If you assumed that, you are correct. Over the course of my life, I have built a library of about ten thousand books, and not one of them requires a battery for me to read it, and not one of them can be taken from me on a whim. I own them. I can read them, loan them to friends, or dispose of them as I see fit.

The book I read in 2015 that I want to tell you about is very much a real book. It’s Ian R MacLeod’s Frost on Glass, a volume of short stories, and it’s genre fiction as well. I know there is a lot of snobbishness amongst the self-proclaimed literati when it comes to genre fiction, but some of the best writing in the world comes from the ranks of genre writers, because they are more concerned about real issues than they are about the fluff in their navels.

Ian R MacLeod is not a very famous writer, even though the The Guardian, a national newspaper in the UK, called him ‘one of Britain’s best living novelists’. This is partly because of the prejudice against genre fiction that I mentioned earlier, and partly because MacLeod is both a fiercely intelligent writer and an extremely good writer, two qualities that intimidate readers. His writing has won him many international awards, but little in the form of reader recognition.

Frost on Glass (PS Publishing, 2015) is his most recent collection of short stories, all previously published in magazines, except one long novella which is original to this book; each story has a short afterword, in which the author explains what motivated him to write that tale. Woven among the stories are essays, sometimes very personal, that paint a picture of what it was like to grow up in post WWII England and what made MacLeod what he is today.

In genre terms, the stories range from science fiction, through fantasy to horror. As different as they are in subject matter, they all share strong characterisation—real people doing real things—and the quality of the author’s prose that makes this book exceptional. These things alone are reason enough to buy this book, but the final long tale, a dystopia, the original story and the title story of the book, has the authentic ring of tomorrow about it. In a totalitarian near-future, in an unnamed country—think North Korea, although it’s obviously the UK—writers are a privileged class, who live controlled lives, but relatively free lives, on a small island, with enough food to eat, and other benefits not available to the mass of people on the mainland, so long as they do the bidding of the party apparatchiks who run the country.Here’s a short sample; the story is told from the perspective of Boult, a writer who hasn’t written for a long time and knows his time on the island will soon end.

Sometimes, there were pink clouds over the mainland hills. Sometimes, when the sun pricked his neck and the air was clear, there were flashes he took to be the opening of windows or even the passage of cars along the quay of the small town which faced the island: semaphore signals from ordinary life. On other days, and without the slightest hint of fog, the mainland simply vanished. Perhaps the place was afloat and drifting away to warmer climes, happier circumstances, better times. Boult would smile to himself as the waves lapped his ragged canvas shoes. A few years before—more, now, if he was honest—he’d have got at least a poem out of such a conceit.

‘Frost on Glass’, the story, ties in so nicely with the autobiographical essays in this collection. A lot of descriptions in the tale could only be echoes from a war scarred Britain. Almost a contemporary of Macleod’s, I remember these things myself, his writing has the ring of truth and it’s the different, though shared, memories of that time, that make this story and the whole book special for me. The author made me think about things I hadn’t considered for years, caused images of bomb-sites and slums and poverty to come into focus again; unpleasant memories, yes, but essential memories too.

An essential writer, though, is far too clever to rely solely on a plot device as obvious as this, and MacLeod is a clever writer. In highlighting the misery of the past, in transposing it to the near future, in questioning the willingness of people to be led—and to be done to—he compels the reader to ask if we are going to allow our country, our world, to go that way again. Although the signs are apparent, our answer must be a very emphatic no!

Bio:
James Goddard is a freelance book editor and the owner/publisher of Leaky Boot Press. He is a lifelong bibliophile who sometimes writes things from his home/office in Yorkshire, England, where the sky is almost always grey and it rains a lot. His fiction, non-fiction and short pieces have appeared in Science Fiction Monthly, The Visual Encyclopedia of Science Fiction, Le Zaporogue, The Arabesques Review and a few other places long (and best) forgotten.

Tags: 2015, Book Review, Books, Frost on Glass, Ian R MacLeod
From: Issue 1/ Beyond Mumbai, 2012
← Contents – Cosmopolitanism in a City: The Past and Present of Calicut (Issue 22)
José Saramago’s ‘The Year of the Death of Ricardo Reis’ →
No comments yet