Dissent, Reform and the City: Vagbhadananda Gurudevar and the Atma Vidya Sangham 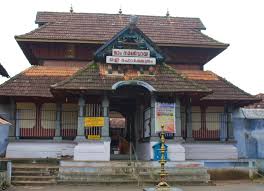 While ‘cosmopolitanism’ evokes images of intertwined landscapes, trade and material cultures, we often tend to forget historical figures, who infused and drew upon its vibrancy. One such figure was Vagbhadananda Gurudevar, a socio-religious reformer, whose life and work is a testimony to Calicut as a nodal point for historical and cultural change.

Born in 1884, at an old Tiyya tharavadu at Patyam in Tellichery, Vagbhadananda, known as Kunhikannan in his childhood, was born to Vayaleri Cheruvamma and Thenakandi Vazhavalappil Koran Gurukkal. For further studies, he was sent to be tutored under another well-known scholar in the region, Parampathu Rairu Nair, and later, under M.K. Gurukkal, who introduced the young boy to an extensive world of grammar, logic, and philosophy. Soon, Kunhikannan Gurukkal shifted to Calicut and in 1906, set up a school for imparting Sanskrit lessons, ‘Tattvaprakshika’. This centre of Sanskrit learning is said to have attracted students from all over Malabar cutting across communities.

At this time, he got acquainted with Ayyathan Gopalan, the head of the Brahmo Samaj in Calicut and began to participate in their programmes. In 1910, V.K Gurukkal, as he was known, heard for the first time Brahmananda Swami Sivayogi expound his philosophy at the Town Hall. Having gotten attracted to the latter’s expositions on spirituality, V.K Gurukkal travelled to the Siddha Ashram at Alathur and met the philosopher. Sivayogi was overjoyed at having found a disciple in a young man, well versed in matters of logic, religion, philosophy, and literature with immense oratorical skills. Soon, they were involved in the task of disseminating the philosophy of rajayogam, which was being propagated by Sivayogi as the right way towards attaining liberation.

Here, one can discern two phases of intellectual activity. The first phase was in the years preceding 1917, when he enthusiastically espoused rajayogam and agreed with Sivayogi’s tenets. Enthused by Sivayogi’s teachings, deemed radical for those times, he travelled across Malabar and parts of Travancore, putting his oratorical skills to good use by organising public discourses, covering a range of topics related to religious scriptures. He warded off challenges posed by orthodox Malayali and Tamil Brahmins who were appalled at a lower caste man’s courage to critique their social power based on caste regulations with such authority over the scriptures. They labelled him “casteless” and a “destroyer of idols”, attacking him during many debates, verbally and with threats to his life. On a particular occasion, Sivayogi was faced with rampant criticism regarding his major founding treatise,   Mokshapradeepam (The Light of Salvation). His critics argued that the inclusion of an invocatory line in the beginning of the text indicated Sivayogi’s worship of Siva. Gurukkal rose to the challenge and responded, pointing out that the word under contention did not refer to Siva and, instead, denoted a secular aspect. Upon hearing this argument which saved him from further contempt, Sivayogi gratefully composed an ode and bestowed the name ‘Vagbhadananda’ on the young man, which meant ‘the brave defender of the Goddess of speech’ and it is by this title that he has since been known.

Inspired by Narayana Guru’s socio-religious vision and strengthened by Sivayogi’s rationalist  outlook, Vagbhadananda set out on his own and established the Atma Vidya Sangham  (henceforth, AVS) in 1917. This marked the second and most significant phase of his intellectual growth. The  intention  was  not  to  initiate a new  religious movement but, as the name suggested, to spread the message of ‘atmavidya’ (self-knowledge/consciousness) and create an organised force  consisting of people from different  religions  and  communities  to  promote universal brotherhood. Vagbhadananda defined atmavidya as ‘that knowledge which cleansed religion of all evils and through its practice attained, salvation and assimilation with the One’. He proclaimed the essence of all religions to be the same. He held that figures such as Christ, Prophet Mohammed, Buddha, amongst other religious founders, taught their respective believers to focus the mind on the inner self rather than external objects such as images and idols. Only the paths of attaining salvation differed.

The establishment of the AVS aimed at ushering in a spiritual transformation that would enable people to adopt a path based on harmony and peace. This inner transformation, he hoped, would subsequently aid in alleviating the status of depressed communities and link their spiritual and material progress. The AVS did not concentrate on community reform merely critiquing traditional religious practices. It also laid the foundations of an initiative that critiqued the existing feudal order in the first decades of twentieth century Kerala, under colonial rule. Their motto, declared in the pages of Abhinava Keralam (Modern Kerala), published from 1921 onwards and became the mouthpiece of the Sangham, was ‘Awake, remember the creator, Arise and fight against injustice’. Initially, the AVS had no guiding document and it was only in 1925 that Vagbhadananda wrote a treatise, Atma Vidya, later known as the organisation’s manifesto. In its preface, he writes,  “friendship and peace are the only solutions to violence and rivalry. The Atma Vidya Sangham is composed of that mass of people who believe in this truth.”

With the support of seven families, the first units of the AVS were established in 1917 at Karakkatu (now known as Nadapuram Road) and Cheruvanoor in Kozhikode. Karuppayil Kanaran Master and Kunnoth Kunjekku Gurukkal, amongst a few others, all belonging to the Tiyya community, invited Vagbhadananda to speak against the feudal discriminatory practices prevalent at the time. He delivered a speech at the Karakattu temple premises on the futility of temple worship and rituals associated with it. It was attended by a large number of people from neighbouring villages. Following this, he mobilized support and pulled down the temple structure. This was the beginning of protest action by the organization and soon, some of the earliest members of the Karakkattu AVS  faced immense hardship at the hands of their upper caste masters and prominent Tiyya community lords who socially and financially boycotted  them  by  denying  work,  education,  and  security  of  tenure.

To counter this bitter opposition, Vagbhadananda advised the establishment of the Atma Vidya Sangham Lower Primary School in 1922. To curb the financial boycott, a credit facility under the Aikya Nanaya Sangham (United Credit Cooperative) was begun in 1924. Both these endeavours continue till the present day. At such a time when work was being denied, Vagbhadananda took forth his religious dissent by upholding the dignity of labour. The Uralungal Koolivelakarude Paraspara Sahaya Yogam (Uralungal Wage Labourers’ Mutual Aid and Cooperative Society) was founded in 1925, under Vagbhadananda’s guidance. It was re-registered in 1967 as Uralungal Labour Contract Cooperative Society and   continues to employ more than a thousand workers on a daily basis.

Vagbhadananda also actively participated in the emerging nationalist movement which witnessed Calicut becoming a nerve centre of politics. Alongside his contemporaries, he wrote against the injustices of the caste order and looked towards the government to implement equal laws. When the Vaikom satyagraha began, he joined in solidarity. But when one of his followers asked him whether the issue contradicted his principles or not, he is believed to have said, “Temple entry is a matter of human rights. Whether one should worship  in  the  temple  or  not  is  a  different  issue  altogether”.

By the time of his rather early demise in 1939, Vagbhadananda had inspired many men and women to question the oppressive caste mechanisms. However, his critique was not anti-religion and he invested his energy in reforming Hinduism which he believed was crucial for general societal advancement. Even as we account for the limitations in his outlook, his was undoubtedly a story of dissent from below. He brought together influences of urbanity, literature and philosophy, for which Calicut continues to be known.

Tags: Calicut, Cosmopolitanism, Kerala
From: Issue 1/ Beyond Mumbai, 2012
← Calicut, the city of truth, hospitality and symbiosis: A conversation with MGS Narayanan
Four Hundred Years of a Letter: Calicut-English Relations →
No comments yet