Down in the heart of “God’s Own Country,” as the Indian state of Kerala is affectionately known, an Indian Muslim calligrapher is using his skills in the art of the ink flourishes to bridge Jewish and Muslim communities. Thoufeek Zakriya is an Indian Muslim from the city of Cochin who does calligraphy in a number of languages, including Arabic, Samaritan, Syriac and Sanskrit. More interestingly, he is a Muslim who does masterful Hebrew calligraphy. 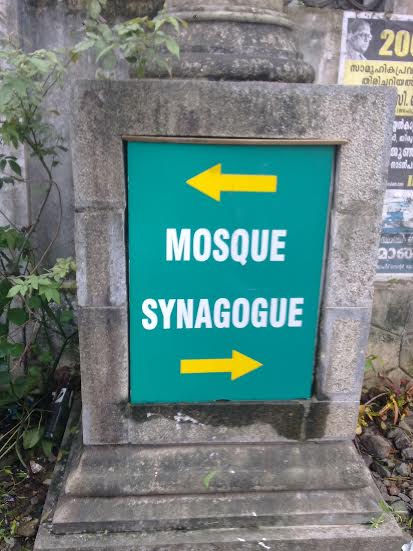 A sign boad from the small village of Chennamangalam

While studying in madrasa, he learned that the Jewish people were considered by Islam to be ahl al-kitab (“People of the Book”), which sparked a curiosity in him to learn more about this religious community. His curiosity led him to find a copy of the Gideon’s Bible, which had a page with prayers in 23 different languages. He decided to find what encompassed the Hebrew word for God, so using the page as his “Rosetta Stone” he was able to decipher what letters entailed the Hebrew name for the Lord.

Thoufeek became more interested in Judaism and Hebrew calligraphy, and reached out to the tiny yet historic Jewish community in Cochin. Thoufeek purchased some Hebrew texts he found at a street-side bookshop and he went about learning the Hebrew alphabet. His studies in Hebrew led him to begin crafting calligraphy of Jewish prayers such as the Birkatha Bayit (prayer for the home) in golden resplendent brilliance. 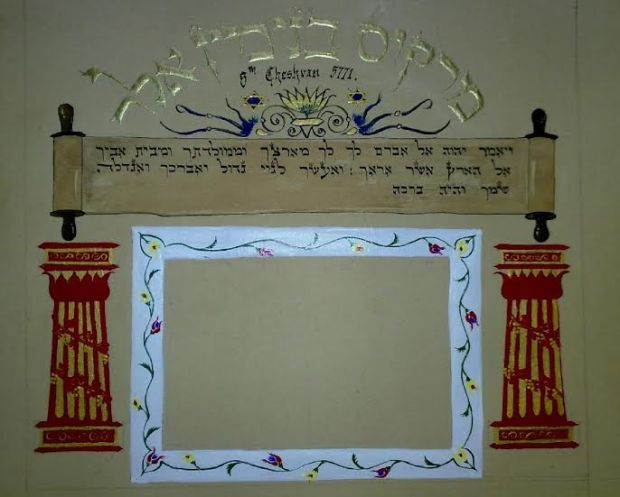 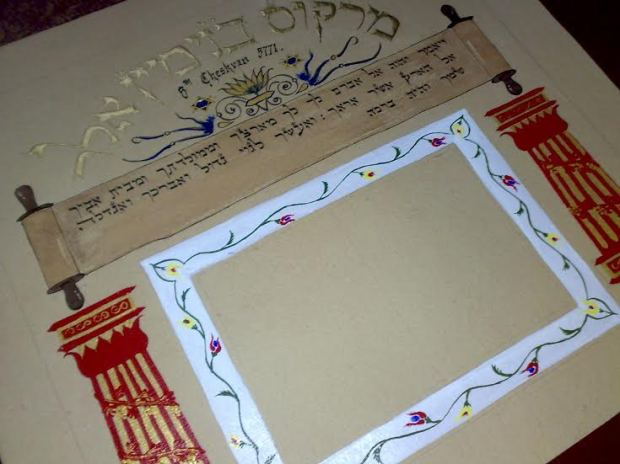 Thofeek even began creating calligraphic replicas of the Torah.

More importantly, Thoufeek does something very unique: he has crafted Hebrew calligraphy in the ancient Kufic Arabic script. Such work is a rarity in the calligraphic world, and his innovations in the Kufic/Hebrew calligraphy have brought Thoufeek accolades from admirers from all over the world. Zakriya has been commissioned as far away as Ukraine and the United States to create works that combine Arabic calligraphy with Jewish prayers. 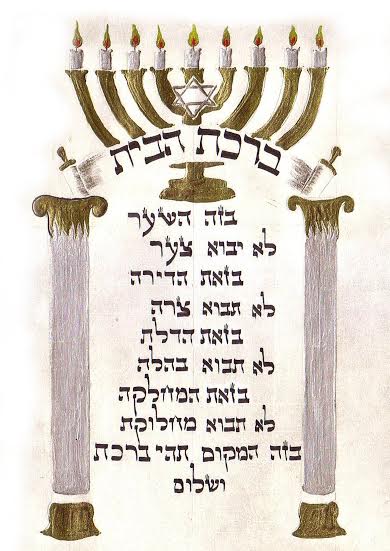 Thoufeek’s work and his dedication to study Jewish history and culture led to a close friendship between him and Cochin’s Jewish, including his warm friendship with the community’s matriarch Sarah Cohen. Cohen has hosted Thoufeek for Passover seders and other Jewish holiday celebrations. 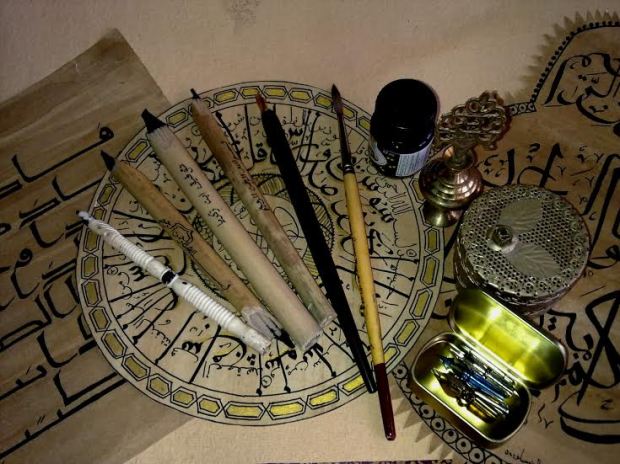 I met Thoufeek at Sarah Cohen’s embroidery shop, where she stitches yarmulkes and other Jewish-Indian embroideries. As we sat sipping tea and eating watermelon squares and black helwa (sweets), she remarked that she considers him to be like a grandson and a real mensch. 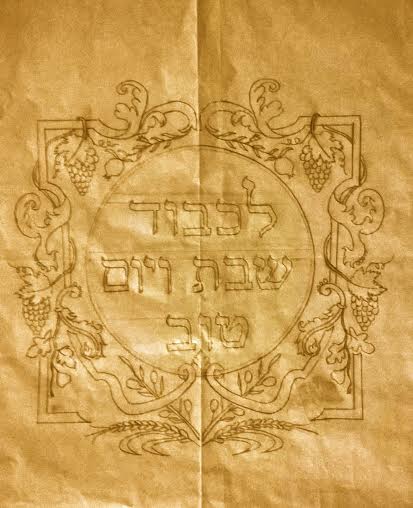 Thoufeek Zakriya is a wonderful symbol of India’s legendary tolerance for religious communities. “At a time when Jews and Muslims are sadly seen as natural adversaries, Thoufeek’s Hebrew calligraphy emerges as yet another example of Muslim-Jewish amity from India,” says Dr. Navras Aafreedi, an Assistant Professor in the School of Humanities and Social Sciences at Gautam Buddha University. Professor Aafreedi studies Jewish communities of India, and noted that Zakriya is the only known Muslim Hebrew calligrapher in India.

Namiah, one of the eldest Malabari Jew with my replica of Torah

“Thoufeek’s work shows us that the way to peace is through the exploration of each other’s culture and the commonalities between them,” says Dr. Aafreedi, “His work is a reminder of the shared cultural and religious heritage of Jews and Muslims, which definitely needs to be brought into sharper focus in such a manner that it overshadows the disputes, conflicts and differences.” 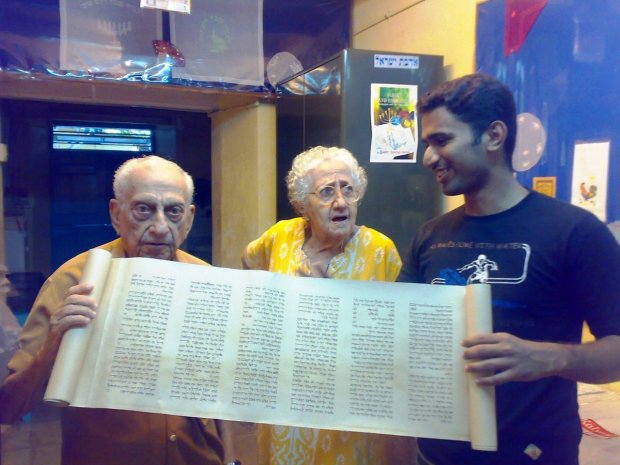 Author:
Paul Rockower is a freelance journalist and a communications professional. He has been Director of Communications for American Voices, Press Officer for the Israeli Foreign Ministry, Visiting Fellow at the Taiwan Foundation for Democracy, public diplomacy consultant for INDIA Future of Change, a public/private initiative sponsored by the Indian Ministry of External Affairs. His articles and op-eds have appeared in numerous international outlets. He blogs for the USC Center on Public Diplomacy and the American Security Project. He has been interviewed about public diplomacy by the BBC, NPR, Voice of America and Radio Taiwan International. He has studied in Israel, the Czech Republic, Morocco and the US and has lived and worked in Taiwan, India, Argentina, Mexico and France. He has travelled to nearly 65 countries.

Tags: Jews, Muslims, South Asia
From: Issue 1/ Beyond Mumbai, 2012
← A Changing Heritage
For India’s Largest Jewish Community, One Muslim Makes All the Tombstones →
No comments yet