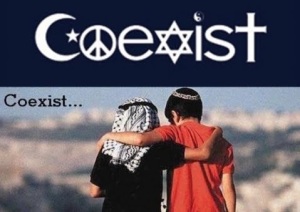 The development of attitudes of Indians, Muslims and Hindus, towards the Palestine issue not only attracted the attention and response of Indian Jews but also became a primary focus of concern for the Jewish Agency for Palestine, the organization responsible for Jewish immigration and settlement in Palestine. This article focuses on Indian Muslim and Jewish concerns in the 1920s and 1930s.

By the end of World War I, aware of what was going on in Palestine, a group of Indian Muslims, including Dr. M.A Ansari and  Muhammed and Shaukat Ali, launched the Khilafat movement, to protest the division of the Ottoman Empire and the weakening of the authority of the Muslim Caliphate. The Khilafat insisted that the Ottoman Sultan-Caliph be permitted to retain his empire with both temporal and spiritual authority in order to defend Islam and protect the Muslim holy places. They expressed deep concern about Britain’s intention of turning Palestine over to the Zionists.[1] When Kemal Ataturk, the new president of Turkey, abolished the caliphate in l924, the Khilafat movement in India disintegrated. Nevertheless, the movement left a legacy of hostility to Zionism in India.[2]  This attitude of the Indian Muslims was to have far-reaching ramifications in India and Palestine and would also affect the development of Zionism in India.

The Jewish Agency became concerned, in the late 1920s and 1930s, about the attitude of Indian Muslims and the possible repercussions on British policy in Palestine. The 1929 disturbances in Palestine that resulted from Arab opposition to Zionism, had attracted much attention among Indian Muslims, and the Zionist executive now asked Bombay Jews to report on Muslim reactions and occasionally sent out its own emissaries both to investigate the situation and to propagate the cause. In April, 1930, Gershon Agronsky, a Jewish Agency representative who arrived in Bombay just as the All-India Muslim Conference on Palestine Affairs opened there rebutted some of its anti-Zionist arguments.[3] Meyer Nissim, a Baghdadi Jew who had just retired as mayor of Bombay, was very helpful in putting Agronsky in touch with Muslim leaders. Agronsky realized the importance of considering the various shades of Indian Muslim opinion in relation to the Islamic problem confronting the Zionist movement. He thought that British opinion in the Bombay Presidency tended to minimize the agitation in regard to Palestine, despite large demonstrations. He believed that the local Jewish community should circulate authentic information about Palestine and Zionism and respond to every challenge against the latter.

Possibly in response to Agronsky’s urging, Joseph Sargon, a Bombay Jew, launched the Jewish Bulletin (later known as the Jewish Advocate, and then as the Jewish Tribune) in l930. Dr. Chaim Weizmann, the head of the Jewish Agency and Zionist executive, believed that the Jews of India could help “explain the meaning and true aspirations of Zionism to fellow citizens in the vast realm of India.” [4] Weizmann thought Indian Muslims would become friends if they knew the facts. Sargon urged Indian Jews to explain the beneficial effect of the work in Palestine on all the inhabitants, so that the sixty million Muslims in India should not exploit the position of their coreligionists in Palestine to wring concessions from the British government in India for themselves.

The leading Muslim anti-Zionists in India were the Ali brothers, who had led the Khilafat movement. After Muhammad Ali died in March 1931 (he was buried in Jerusalem), Shaukat continued to back the Arabs against Zionism. He visited Palestine and spoke with many Muslim and Jewish officials. He was convinced that the Jews wanted to take over not only Palestine, but much of the Middle East. Some of the Indian Zionists tried to respond to Shaukat Ali’s statements and accusations, arguing that he was distorting facts and advising Ali not to worry about foreign politics but to devote himself to India and the Indian cause.[5] In March, 1932, returning from Palestine, Ali granted an exclusive interview to the Jewish Advocate in which, once again, he denounced Zionism as upsetting the thirteen hundred years of friendship between Muslims and Jews. Sargon responded by repeating the usual arguments about Jewish colonization having improved the welfare of the Arabs. These views were expressed by Zionist sympathizers the world over.

The Jewish Agency of Palestine was not alone in its concern about Indian Muslims. The government of India also watched their attitude carefully. In l933-34, as Jewish immigration to Palestine from Germany increased, opposition from even moderate Muslims increased because a home for the Jews would be detrimental to the economic and political interests of the Arabs. At the All-India Muslim League session in l933, leaders identified Indian Muslim interests with those of the Arabs and asked that the Balfour Declaration be withdrawn. From 1936 to 1939, Palestine was rocked by an Arab rebellion directed against both the Jews and the British, riots that elicited grave concern in India as elsewhere in the Muslim world. Practically the entire Indian Muslim vernacular press – and some of the English language journals – criticized the English government in l936. The council of the All-India Muslim League passed a resolution expressing sympathy with the Palestine Arabs and warning the government that its pro-Jewish policy was causing great excitement among the Muslims of India. Every year, Muslims were observing Palestine Day by suspending business and holding meetings.[6] In a Palestine conference in Allahabad that year, both Hindus and Muslims emphasized the close connection between the Arab struggle in Palestine and the nationalist movement in India. All the while, the British government was not overly disturbed by the agitation, feeling it was not very genuine, deep or widespread.

The Jewish Agency, on the other hand was very much concerned. It hoped to establish contacts with India and to gain its leaders’ sympathy and understanding for Zionist work and aspirations. In 1936, the Jewish Agency sent Dr. Immanuel Olsvanger, a Sanskritist, as a special emissary to India. It was hoped that he would establish good personal contacts with Indian intellectual leaders and get a hearing for the Zionist position. Meyer Nissim and A.E. Shohet, who was then leading the Zionist office in Bombay as well as editing the Jewish Advocate, helped Olsvanger meet some Indian cultural and political leaders. After meeting twice with Nehru, Olsvanger decided that the President of the Indian National Congress knew little about Zionism and was prejudiced against it. In an interview with the Jewish Tribune, Nehru himself admitted that he had not made a close study of the situation in Palestine, of Zionism, or of the Jewish question. Nor could Olsvanger accomplish much with Gandhi in a twenty minute interview at the ashram.

Olsvanger met with a number of Muslim leaders, such as Khan Abdul Ghafar Khan and Maulana Irfan of the Khilafat movement, but not with Muhammad Ali Jinnah, who was away on a trip but who supposedly (surprisingly) said, “I am not interested in the Palestine question. I would love to meet Dr. O. nevertheless: I heard so much about him from Sarojini [Naidu].” [7] However, in his presidential address at the 25th Session of the All-India Muslim League, in Oct., 1937, Jinnah spoke vehemently against Great Britain’s policy. Olsvanger found Muslim opinion to be quite diverse, and concluded that although most Indian Muslims cared very little about Palestine, the press and resolutions passed at conferences made it look as though all Indian Muslims were anti-Zionist.

Until Olsvanger’s visit, the Bene Israel had participated minimally in Zionist activities. As a Sanskritist and someone interested in Indian culture, he was in a position to establish a warm relationship with the Bene Israel, whose good relations with Muslims as well as with Hindus could stand the movement in good stead, he felt. Some Bene Israel began to talk about possible settlement in Palestine.

The Jewish Agency felt it was important to influence Muslim opinion in the East, particularly so that public opinion in England would not be misled by reports that the vast Muslim population there was strongly in favor of the Arabs. Olsvanger not only wanted the Bombay Zionist Organization to create and maintain contacts with Indian Muslims, but also asked its members (mainly Baghdadis) who had friends in China to try to obtain reliable information about the millions of Muslims there.  Perhaps influential Muslims in China could be persuaded to support the Zionist cause, affirming that the Jews who were resettling Palestine would respect the Muslim holy places and would bring prosperity to all inhabitants of Palestine and to the Middle East. While Olsvanger was in India, however, Muslim support of the Arabs in Palestine grew. Lord Linlithgow, the viceroy of India, was instructed by the secretary of state for India, to make it clear that the present conflict was political and racial rather than religious in character.[8]

Muslims and Hindus reacted strongly to the Royal Commission Report on Palestine that appeared in July 1937. Among other possible solutions, the report had recommended the partition of Palestine. Fearing that the British might also impose partition on India, both Congress and the All-India Muslim League rejected the idea of partition of Palestine. The latter adopted a resolution demanding, among other things, the annulment of the British Mandate in Palestine. It appealed to rulers of Muslim countries to use their influence to save the holy places in Palestine from the sacrilege of non-Muslim domination and the Arabs of the Holy Land from the enslavement of British imperialism backed by Jewish finance. Nevertheless, the government felt that these resolutions were formal protests, and that the Muslims had shown only “perfunctory interest” in Palestine.[9]

Although the editors of the Indian Jewish press were strongly pro-Zionist, leading Indian Jews were reluctant to express their views on Palestine. Dr. E. Moses, the Bene Israel mayor of Bombay, strongly advised the Jewish community not to embarrass the government by “importation of this extraneous bitterness nor allow the dissensions in the Holy Land to interfere with their cordial relations with the Muslims in India.”[10] Some of the Bombay Zionists felt that the pro-Arab campaign in India was being more intensively pursued mainly because of local political conditions, including rivalry between organized Muslim bodies.

The British government soon abandoned the idea of partitioning Palestine, a position welcomed unanimously by the Indian press At the December, 1938 session, the Muslim League reiterated its opposition to British policy and warned that the ninety million Indian Muslims would back the Arabs. During the war years, the League continually expressed its support for the Arabs.

A few years after the end of World War II, the partition of India and the emergence of Israel as an independent state led to the departure of the majority of India’s Jews. Concerns about Pakistan and the large Muslim minority remaining in India led the Indian government to adopt a pro-Arab position on the Palestine issue. The events and attitudes in the 1920s and 1930s foreshadowed this stance.

Professor Joan G. Roland is professor of history at Pace University, New York, and author of The Jewish Communities of India: Identity in a Colonial Era (1st ed., 1989, 2nd ed., 1998).

Tags: Jews, Muslims, South Asia
From: Issue 1/ Beyond Mumbai, 2012
← A Tale of Two Brothers: History of Estrangement and the Birth of two Religions
Jews in Indian Urdu Press →
No comments yet