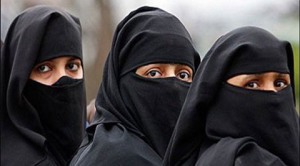 Familiar images that shape public consciousness about hijabis would often be from a very typical perspective, the ones that adorn book covers spinning oriental tales. As Zizek famously put, when a Jew is attacked, actually the attack takes place on his historical image (as a Jew), not the immediate reality of that person. Same can be seen in case of Muslims, especially Muslim women. The imagery formed from an Islamophobic angle around a Muslim/Muslimah can easily put them in the precarious position of having to explain their faith and choices always. It is even physically endangering, as Urvashi Butalia remarks taking Kashmir as an instance, where Muslim women are targeted and attacked because of their extra bearing of religious/cultural symbols.

Post 9/11, as we know, is significant for the resolute attempts made by Muslim women on their assertion of identity that actually clashes with the secular liberal discourse on religion. In opposition to the images propagated by the dominant narratives, Muslim women, as part of their assertion, started to shape their own ways to be imagined, photographed and visualized. In different spaces, the images of their everyday lives started to radically depart from all secular narratives around them. Here are some random images from Kerala, where Muslim women along with their bearings in particular are repeatedly attacked and stereotyped, which inverts such narratives.

In solidarity with Gaza. From a protest in Kerala.

From an awareness/protest march against dowry conducted by TASA 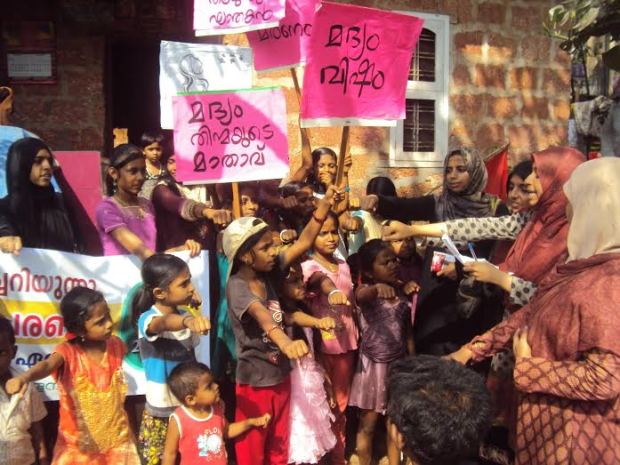 Muslim girls at an anti-alcohol campaign

A hijabi deftly performing with a thayambaka, which has been a bastion of male performers until recently

Through a different lens…

Tags: Feminism, Hijab, India, Muslim Women
From: Issue 1/ Beyond Mumbai
← Contents: Study Abroad (Issue 15)
An Interview with the directorial team of “In the name of Secularism” →
One Comment Post a comment