Hijab – how the narrative unfolds… 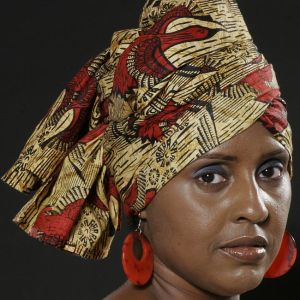 In the beginning, hijab was a mere head scarf for me. Something that signified my religion and tagged me as a ‘Muslim’. Later I began to ponder over this, thanks to a rigid culture where ‘difference’ is questioned upon, eyebrows raised, and sometimes cast aside as abnormal. As I delved deeper into the concept of ‘hijab’ and attempted to decipher the deeper structures within, I realized that ‘Hijab’ for me is a part of life. It represents my identity and individuality. It is a constant reminder that I carry Islam and its the principles wherever I go.

For most part of my life, I have been asked the question: “Why do you wear a hijab?” In spite of my explanations regarding my faith and choice, none are ready to accept my choice. Living in a patriarchal society, where women are sidelined and oppressed in the name of gender, being a ‘muslim woman’ is sometimes equated to being invisible.

As I see it, the veil is a sign of my modesty and my obedience to the creator, as opposed to the conventional tag of being ‘oppressed’ that the west as well as Indians deliberately imposes on a veiled woman. The truth is that Islam is a religion that accords a lot of respect to women. “And for women are rights over men similar to those of men over women” (Holy Quran 2:228). History tells us that even during the time of Prophet Mohammed (pbuh), there have been valiant women, who fearlessly forayed into mainstream society. Khadija, the Prophet’s first wife, was a business woman and a very wise lady. She was older to the Prophet and was a constant source of inspiration to him, says the Quran and history. She gave him all the warmth and support during his hard times. The Prophet turned to her for advice and solace. Aysha, another wife of the Prophet, is no less a spectacular figure in Islamic history. She was a woman who was known for her knowledge and level-headedness. She was sought out by the community for advice on religion and life. Around 2210 hadeeths (prophet’s diktats) are said to have been recorded by/from her. This is in direct opposition to the conventional notions of a Muslim woman’s role as understood by others. Women scholars, healers and business women were not uncommon those days, nor are they today. Why then is the present world trying to judge a veiled woman for her head-cover….Why is her identity reduced to her scarf? The answer is plain and simple: it lies in the psyche of the society today that label and tag individuals for their religion, community and nationality, rather than trying to evaluate them on their worth, individuality and capability.

The western feminist notions of liberty and freedom prevent and, sometimes, openly accuse women wearing hijab as submissive. To some, hijab is a sign of blind adherence to patriarchy and never an act of self respect. This, in fact, is a false accusation because in truth the decision to follow an Islamic dress code is a choice that one makes through deep understanding of the Quran and Islamic culture. Hijab, as mentioned before, is a sign of modesty and modesty is of prime importance in Islam:

Whether you choose to reveal your flesh or not is your personal preference, the liberal feminist would argue. So is the case with hijab. It is absolutely the choice of an individual that needs to be respected. When you wear a hijab, you convey certain statements to people around you. The most important message is that you want to be valued not for your beauty, charm or sexuality; but clearly for the person you are, your capacities, your caliber and the way you associate with people. A hijabi makes sure that in her interactions, her sexuality remains concealed; however she also makes a bold statement regarding her femininity.

I have had people who term me as a hijabi and people who believe that my wearing hijab is a self-inflicted injury. The truth is I simply do not want to restrict my femininity to high-heels, false eye-lashes, lipsticks and mascara. For me, the veil is a neutral sign that refuses to project a fake identity. It portrays an ordinary woman who cannot in any way be judged unless you interact with her and get to know her. She cannot be deciphered unless you know what her capacities are and how well she gets along with people around her. According to me, that is the real beauty of the hijab. Hijab is a silent means of communicating your personality and makes you feel beautiful inside, as you reveal your physical beauty only to your close family. Today, the media tells you what to wear and how to behave. What we have before us is a male-dominated ad industry that portrays women as sex-goddesses. I would call it the “new age exploitation and suppression.”

When I wear my hijab I am breaking free from a system that tries to forcefully mould me into a showpiece that cannot be distinguished from yet another showpiece. Instead I assert my individuality, religion, emotions and character in a way that is different, though unacceptable to many, and yet I choose to persevere and succeed.

According to me, the message is loud and clear. A hijabi is confident about her identity, unwilling to compromise on her religion, faith and ideals; she refuses to submit herself to the dictates of commercialization and mould herself according to popular culture.

Anila Basha is a postgraduate in English Literature and is at present guest faculty at All Saints College, Trivandrum.

Tags: Feminism, Hijab, India, Muslim Women
From: Issue 1/ Beyond Mumbai, 2012
← What the Hijab Entails
To Veil Or Not To Veil; That Is Not The Question! →
One Comment Post a comment