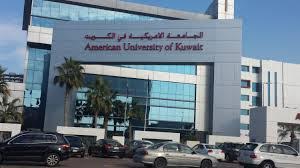 Kuwait, a constitutional Emirate, has seen a surge in institutions of higher education in the past decade or so. The government-sponsored Kuwait University is still in a regionally well-ranked place with a fairly recognizable curriculum based on the American system of higher education. Recent comers to the market have been either for profit or non-profit campuses of locally founded Colleges and/or Universities that have ranged the spectrum of higher education systems.

The American University of Kuwait (AUK), where I am currently an Assistant Professor in English, started up in 2003 and is now one of the many colleges in Kuwait. The others are: The Gulf University of Science and Technology, The American University of the Middle East and the Australian College of Kuwait, to name the most prominent ones. All are following a humanities based ‘liberal arts’ general education curriculum with few variations. For all these institutions, the primary purpose is to get their inductees up to a certain level of English language capability (as this is the acknowledged language in all places of higher education in Kuwait, save for a few specialized faculties at Kuwait University). Then they offer various majors in Business, Engineering/IT and the Arts.

The undergraduate degrees are exclusively of the 4-year, 120 credit hour, US variety, with a few diplomas for continuing students offered as well. Students are split between Kuwaitis at a majority with a strong minority of Arab, South Asian and a few European and North American expatriates. The overwhelming majority of the students would therefore be as ‘ESL’ learners but, in fact, the range of language ability scales from native-speaker fluency to real struggle with even the basics of one part of the language – even though the student managed to pass the mandatory language test requirement for entry into the university.

The American University of Kuwait is a sister college of Dartmouth College in New Hampshire. Dartmouth is the international partner institution to AUK as defined by the Private Universities Council of the State of Kuwait (Resolution no. PUC (5/21-2/2005). Dartmouth and AUK have worked closely together since 2003, when the two institutions signed a Memorandum of Understanding that facilitated a series of advisory, consultative, and cooperative projects. The initial agreement was recently renewed for a third time in April 2013 to extend through 2018.

AUK has professors hailing from Canada, the US, the UK, and other parts of the world. They lay special stress in their hiring on those who have teaching experience in North American Academia and all hires are interviewed and subsequently vetted by the relevant Departmental search committees at Dartmouth before being made offers. AUK also has an excellent Student Worker program with students assisting in various departments such as the admissions office, the registrar, faculty offices, and so on which gives it a far more ‘American’ flavor than many other campuses I’ve seen in the region. There are currently 15 Bachelor’s programs available at AUK with at least 3 Master’s level degrees in the offing, pending proper clearances from the relevant authorities.

The current set of programs is directly geared to fulfilling Kuwait’s requirements and is reflected in the scholarships handed out by the government and the University to deserving students. Their specificity and reduced number does lead to AUK swaying between a small, liberal arts school with all the advantages that implies, and a stressed community college with all its difficulties. Teaching excellence is paramount at AUK and this is reflected in the weight given to pedagogical activities and achievements at year-end reviews. However with an office of Institutional Research and excellent funding for Academic Professional Development AUK does try to offer faculty as many options as possible to maintain their cutting edge in research. This is far more than many community colleges, or, indeed, liberal arts schools with their strong commitment to teaching excellence.

Members of the student body often chose AUK because of family apprehensions about their teenaged children traveling abroad and so are either extra committed to proving themselves ready to leave the nest or are highly demotivated, knowing that little they do will affect their future educational life options. This can provide an interesting classroom experience but no more extremely polarizing than in many parts of the US where I taught and which is quite the norm for US-style campuses in this region and others as well. While there is little afterhours community since AUK is not a residential university, students spend all hours in their labs, library and in their other hangouts on campus and there are many extramural and extracurricular happenings on campus to keep them occupied. Kuwait is a safe society and so many parents have few qualms about letting their children stay late at a campus located in the heart of one of the most ‘upscale’ areas of Kuwait City.

Dr. Abid Akbar Vali completed his Ph.D. in English from the University of Otago, New Zealand in 2013. Presently, he is teaching as an Assistant Professor at the Department of English, American University of Kuwait. He can be reached at avali@auk.edu.kw