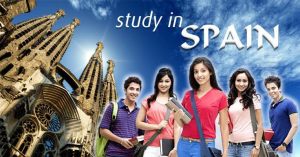 Located in Western Europe, which covers most of the Iberian Peninsula and two archipelagos, viz., the Balearic and the Canary Islands, Spain has emerged as one of the largest economies in the world. Spain was the fifth largest economy in the European Union by its GDP and is consistently ranked among the forerunners in the economy of the European Union (EU). Considering the number of research publications, Spain was ranked the 10th scientific power in the world in 2013 with a total contribution of 3.2% in the world’s scientific output. Furthermore, in the region of Latin America, Spain is the second largest investor after USA. Besides this, Spain ranks second in number of UNESCO world cultural sites and it is amongst the top 3 most visited countries by number of international tourist arrivals in 2013.

Culturally, Spain is a Latin country having its roots in the Roman heritage. Moreover, the culture of Spain is interspersed with different strands of art and architecture, cuisine and music from across the globe. Therefore, the country is, in the true sense of the term, very diverse and culturally vibrant. Owing to such a rich cultural past, Spain has gained a prominent place in the world map as far as higher education is concerned. According to the latest figures, the country has a total of 82 universities out of which 50 universities are public. The rest are private ones. There are a total of 322 research institutes and 78 science and technology parks in Spain. The maximum number of universities in Spain is located in and around Madrid, Barcelona and Valencia.

University studies in Spain are primarily divided into three different degree levels − Grade degrees or undergraduate studies which consist of a total of 240 credits. The average duration of such a course is 3 to 4 academic years. The University Master degrees or graduate studies comprise of a total of 60 to 120 credits. A Master degree programme requires writing a thesis and, subsequently, the candidate has to defend it in front of experts in the related field. Finally, comes the doctoral degrees or postgraduate studies which are divided into two phases − theoretical and research based which usually requires a total of 3 to 4 academic years. There are two types of degrees in Spain − the official degrees and non-official degrees. All Spanish universities can issue an official and a non-official degree. Official degrees are valid in all national territory and are adapted to the European Higher Education Area (EHEA). Hence, they have official validity in all the countries which are members of EHEA. These degrees are recognized in other countries as well, which are not members of EHEA. A Non-official degree, also known as Magister or a non-official master or Expert Master, is created by the university and are not recognized by the EHEA. They are not valid in other countries but are validated only by the same public or private university that conferred the degree. There are no non-official doctorates.

Spanish degrees are internationally recognized and it has been seen time and again that employers prefer graduates from Spanish universities over others because Spanish universities have always been renowned for their emphasis on original and creative thinking as well as research potential. Furthermore, Spanish is the second most widely spoken language in the world and is the official/co-official language of 21 countries. Hence, a student of a Spanish university is naturally at an advantage over her peers when global employment is concerned. In the academic years 2011 – 2012, a total of 39,300 Erasmus students came to study in Spain from around the globe. The numbers speak for themselves about the popularity of Spanish degrees around the world. Universidad Autonoma de Madrid, Universidad de Navarra, Universidad Pompeu Fabra and Universidad de Vigo are the top universities in Spain when parameters of research and academic excellence are considered. MBA schools such as IESE, Instituto de Empresa and ESADE are famous for their MBA degree programmes and ranks among the top 20 global MBA programmes (according to Financial Times rankings, 2014). Seven Spanish universities have been ranked among the top 100 under 50 according to the Times Higher Education ranking, 2014. In the rankings by disciplines of QS, Shanghai and Taiwan (2013 edition), 30 Spanish universities are among the best 200 of the world, 19 among the best 100 and 6 universities are among the best 50 in the world in, at least, one discipline.

Tuition fees and cost of living in Spain are lower compared to other European nations. A Bachelor’s degree at a public university would cost around € 680 – € 1400 per academic year depending on the particular study programme. Fees at private universities are established by the university itself. Average living costs would come to somewhere around € 900 – € 1000. The differences are mainly due to the cost of accommodation (renting a flat, living in a university residence etc.), which tends to be higher in the bigger cities. Food prices and other miscellaneous costs are more or less the same, no matter in which city the student is living. Each university follows its own scholarship policy and so, it is absolutely necessary to check the concerned university’s webpage. Additionally, there are many national and international institutions that offer scholarships. Students can make enquiries on the relevant organisation’s webpage. One of the innovative features in Spanish higher education system is the centralized foundation known as Universidad.es. This is a public sector foundation that aims to promote the Spanish university system around the world. Their webpage www.universidad.es contains a plethora of information regarding scholarships, accommodation information, tips for aspiring students, etc.

Infrastructure wise, Spain is second to none. World class libraries, lab facilities, housing and accommodation, recreational clubs for students and facilities for the differently abled can be found in every Spanish institute of higher learning. For non-Spanish speaking countries such as India, there are English taught Bachelor’s and Master’s programmes. Normally, each university specifies on their webpage the total or partially offered degrees in a foreign language. Universidad.es contains a search engine of degrees taught in foreign languages by the Spanish universities. Details can be found here:

International students coming to Spain to study for more than six months must apply for a visa as well as a student’s residence card from the Spanish government. The student must begin the application process of the residence card within a month of arrival in Spain. For students, who wish to study in Spain for less than six months but more than three months need to apply for a student visa, which requires authorization from the competent authority in Spain. However, for international students who wish to study in Spain in a study programme of less than 3 months’ duration, no study visa is required, unless the interested student is from a country for which a visa is required as standard practice.

The following documents are required when the student is applying for a student visa:

A student can work on a part time basis during the study programme. However, the student has to ensure that the work does not affect his/her studies or research hours. Employers prefer candidates who have an elementary knowledge of Spanish. Engineering is an area where job prospects are more promising. Many Spanish MNCs are leaders in the sectors of energy, environment, information and communication technology, construction and tourism. Additionally, a work experience might provide an avenue to the dynamic markets of Latin America and North Africa. Non-EU students who wish to work in Spain and are in possession of an offer of employment may apply for a work permit.

Some of the useful sites related to higher education in Spain are:

List of Spanish universities can be found here: www.universidad.es/universities

Information regarding studying in Spain can be found here: www.studyinspain.info/reportajes/informacionPractica/Coste-de-la-vida-en-Espaa/?l=en

Marie Slodowska Curie Actions (grants for all stages of researchers’ careers – be they doctoral candidates or highly experienced researchers  irrespective of their nationality. The grants encourage transnational, intersectoral and interdisciplinary mobility).

EURAXESS SPAIN (for Research Positions and Fellowships in Spain): www.euraxess.es/eng

Information, details and requirements for Student Visas and Visas for Research Purposes are available in detail on the following links:

Adrián Gutiérrez, Science and Technology Counsellor, Embassy of Spain, New Delhi. He can be reached at adrian.gutierrez@cdti.es

Alejandra Garcia Fuertes, Counsellor – Cultural and Press Affairs, Embassy of Spain, New Delhi. She can be reached at alejandra.garcia@maec.es