Red is the color of a poem 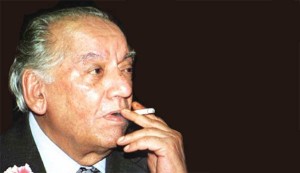 “This blemished light, this night-bitten dawn
This is not the dawn we awaited so long” – Faiz Ahmed Faiz

Perhaps the day escaped us.
Revolution was just around the corner waiting to take off its clothes.

But like every year, when summer came,
plastic hippies like us
lined up at a local store to buy Che Guevara T-shirts.

LSD, they said, was a CIA conspiracy.
– A  pop art in a three colour dream.

Between our insomniac lanes of cold water and blood
And suffocated structures of reason,

The day escaped us.

Winter has estranged this city centuries ago.
What remains are just stone and dust.
Three nations look at you in disbelief.

You, who, were executed by us
for writing our songs of freedom
must remember: We do not know how to love.

Even then, sometimes waking up at mid-nights
when the moon is heavy and drunk,
do you wait for that red ant dawn?

A poem wears mascara by the night

What worse than a dawn, hung-over
– One that fools you with its phony light.

Poetry is an owl. It walks through the streets of hunger and hate.
It feeds on creatures of the night.

Spring hovers over the nation.

They who cut borders over those who we call our own
spend their evenings, watching television.

Out there, a tyrant dances to our silence.

“There are other griefs in this world”

They sing your songs everyday
Sullen and sad, out of scale.
As if, they were forced to stand together,
forced to sing. Obligated by a dictum.

Rebellion, like a broken clock, has fooled us again.
Time, a mass murderer.

Should we blame you then, for showing us that flicker of hope?
For singing about a bitter dawn?

Death of a poem

Do not speak.
They have come here to teach us about a new world order
– One that snakes across the city walls like bullet trains
over slums;
cold, dead and hungry
– across the bastard speeches of Sadhvis and Mullas who vomit hate.
Its machinery flaunts an arsenal
– dictates us what to wear, eat or smoke.

Frail and naked, we choose silence over death.
Popcorns over wrath.

History will charge us with happiness and silence.
Are we ready to take the blame?

A poem paints itself Red

Children gather around a stage where young boys and girls mime RSS.
They laugh and chuckle at the political jokes that the performers enact for them.
They are celebrating the death anniversary of a Comrade
Who sacrificed his life for a cause, many years ago on this day.
They sing your songs to remember him.

Many years later,
A poem paints itself red again.
eyes lit with hope, in awe.

Sleep has walked out of the house on to the streets tonight.
This mad world, too, wants to dream your dream tonight.

Freedom is a lie we forge ourselves to believe in.
The blood moon sprinkles truth on our faces tonight.

Two nations have surrendered onto your feet, poet.
This earth could turn into a poem at your will tonight.

Paint your verses over our infidel souls, poet.
May we learn to love again tonight.

Sleep has lost its way back home again.
Let it find its way to you tonight.

Goirick Brahmachari lives in New Delhi, India. He hails from Silchar, Assam. His poems and articles have appeared in North East Review, Nether, Pyrta Journal, Raedleaf Poetry, The Hindu, Economic and Political Weekly among others.