A Night of His Own 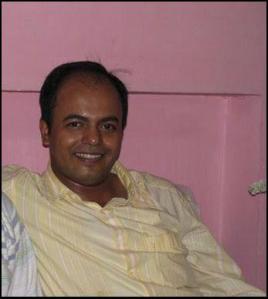 Father slid into the oven rather smoothly a little more than an hour past midnight. It appeared as though he did it by himself, effortlessly. He didn’t need my help.

He stopped seeking my assistance shortly after sunset. When I went to the ward master’s room to finish the paper work and get the death certificate stamped, he was still lying peacefully on bed number sixteen in the ICU. He’d be waiting for me; I was so sure that I didn’t give it a second thought. In the past two years he had never left home without holding my hand. He came here with me. But when I returned I found him on a hand-trolley at the main entrance of the intensive care ward behind the glass door. He seemed to be in a hurry. It never occurred to me that the head nurse, eager to vacate the bed for someone else, must have ordered him out. I submitted the clearance receipt to the nurse, asked Papa to wait and ran upstairs to complete the final administrative rituals before we could leave.

That was around 10:30, and after ten minutes when I came back Papa wasn’t there. Reflexively I went to check bed number 16 to see whether he opted to get back to his bed. Yes, there was the man on ventilation, his chest moving up and down on command from the machine. Has he decided to breathe once again? But he didn’t look like my father! He wasn’t. Bed number sixteen doesn’t tolerate vacancy for too long. Papa had left. I found him outside the building, garlanded and ready to board the vehicle named “Last Flight”. It appeared strange how he could cover so much ground in such a short time without once calling me for help! I knew night liberates people; darkness uncovers a lot. I knew father was late to bed and late to rise, but he didn’t have a “night life” even when he was young. This was the first night, in years at least, that he stepped outdoors so late and so alone!

The communist party had called a transport strike, which turned out to be reasonably successful. The roads were forlorn. I couldn’t recognize my city, nor could papa. There was no Kolkata on the streets. Only a vapour lamp lit lazy night nearing the end of winter lay yawning all along. Papa’s former comrades have offered his last flight a perfect night to fly through. For the first time he didn’t have to stop at signals or wait. Like a statesman, he advanced unstoppable.

Nimtala crematorium was busy as always. Uncle, one of the three other mourners accompanying Papa, came back with the information that we are number fourteen in the queue. With three ovens operating, it would be more than four hours before we’d have our turn. Nobody liked the idea of waiting so long. Everyone seemed to be in a hurry to see Papa off. Even the plan to take him home one last time had been discarded this evening. They probably realised that Papa himself wanted to speed up things. I too didn’t like the idea of him having to wait in a queue, at least tonight. I didn’t want the night to be over. Papa has taken control of this one night, I thought. Once 21st February dawns, he may feel helpless. But I didn’t speak. The driver, with one earring and an imposing moustache, did. He suggested a lesser known crematorium nearby and, without waiting for any discussion, drove us to the place.

They said it takes about an hour to completely do away with the history of seventy nine years. That’s for the efficient electric ovens like the one papa is now using. Even then the navel remains. Pre-birth history cannot be erased with fire. “We’ll have to wait while it’s done,” uncle said and proceeded to check whether the crematorium doctor has finished typing the official certificate of death. Though Papa will never ditch this night, tomorrow’s daylight will need proof that he is not playing hide-n-seek. I stood close to the wall of the funeral room. It was warm enough to be uncomfortable in a February night even from the outside. Papa chose to face the heat at its core! For a moment I thought I must get inside to check whether he’s OK with the temperature there. Usually mom would take care of this…when he needs a sweater and when he must remove one. Now that she isn’t here I must act responsibly. She may ask me whether I did! But the others didn’t allow me. I’ve never been quite good as a son. This was my last chance. Like most of the opportunities life had offered, I missed this one. We moved away from the oven to the bank of Ganges.

The river was a tired stream of shadows navigating carefully through the scattered midnight lamps. The stream had night in its body. A dull half-moon looked down as black kissed black and a sombre cantilever bridge stood guard. This bridge will stand its ground, these lights will burn themselves yet again, but this night will never return. The river bed will be found lying exactly here by all casual onlookers tomorrow, but each drop of water of this moment will be long gone when the first steamer of twenty first February marches off. Night is a river. It doesn’t wait. River is night. It smuggles darkness from mountains to oceans. Night is not a sea. It doesn’t return what it takes away.

After an hour they led me downstairs, below the oven, and handed me my father back. In an iron tray! They introduced me to my father…infinitely reduced, ashen and brittle, yet hot. I had started believing whatever people said. So I accepted their word that this was my father, though I would have doubted them on any other night. They didn’t let me touch him immediately. He had bathed in fire. He was dry, thirsty. I poured him some water from the earthen pot on my shoulder. Papa rose in fumes as he quenched his thirst. Though I was ordered not to look at the tray, I could see him rise slowly above my shoulders and up…and up. Papa left the room and I followed him with his navel. Three other men silently walked behind papa. The navel will swim in the river of darkness and follow its owner wherever he goes. He possessed this before he was born. He owns it after his death. And he owns this night. His navel has defeated fire and he has made us all follow him unquestioningly. Papa embraced his night. The night hugged him back.

Every dog has its day. Human beings often don’t. Papa didn’t have too many. He never gave it a shot. This five feet six inches man was just that; average. Days used him. He didn’t use his days. Days were when he was mostly defeated. If he would start listing his achievements, he’d have finished at the top of the page itself. Days ditched him and so did we. We ignored him. His party left its track. His comrades left him. He had a lot to say and I had no time to listen. A defeated man makes a defeated father. A man, who doesn’t have his days, has an arrogant son.

But nights were when he secretly won. He was a dreamer. When he stood on the balcony way past midnight, the tiny red tip of his cigarette glimmering intermittently like a red firefly, he was ruling his empire. We didn’t understand. Till this night, I never guessed that he could be a king. Now I know that he survived his days to live his nights. Suddenly I had a lot of time and patience to listen, but he didn’t care anymore. He has found his night.

We left the man and his night and the river. We fled their shadows. Nobody was talking as the cab hurried down the roads. Turns and bends and new roads we took, but Papa’s night reached there ahead of us. When we reached home, the night had already touched mom. Her bangles gone, the stark streak of vermillion conspicuously absent…she had aged in one night. Papa’s night was there in our home, I could smell. He was in that bed where he should have been. He was on that balcony, around the apartment house, in the street and above the city. Suddenly I felt happy for him and his night. Night is the best time to stay awake; the best time to see. There’s no obstacle when it’s dark. Nothing blocks your way, not even the sun. Night is transparent. Night liberates. It liberated my father. It liberated me. It came to our house, kissed my mother and delivered her from her from the shadows of expectations. Night will keep coming to us with the clarity of truth once the fiction of days is over.

Born in 1975, Koushik spent his early childhood in Durgapur, an industrial town in West Bengal, before he left home for residential schooling at the age of 10 years. He obtained graduate, post-graduate, doctoral, and post-doctoral level medical education from institutions in Kolkata and Delhi. He also took a masters’ course in psychology and a short course in science journalism. Presently a neurologist in Delhi, he writes fictions and poetry mostly in Bengali.