Photo-Essay: A Day in ‘Purana’ Lucknow

While in New York, someone asked me a few days ago: “Do you consider yourself a true Lakhnawi?” I replied, “Not only that, I might even be slightly biased for my city.”

On a beautiful day in November, I set out with my camera to capture those distinctive attributes of Lucknow that I have been experiencing since my childhood: the historical monuments,  Lakhnawi tehzeeb, the famous chikankari (embroidery work), delectable chaat, Tundey Kebab, and the crowded streets of Chowk and Aminabad. This photo essay  gives a glimpse of the different shades of Lucknow, the eternal city of the Nawabs.

I started with the dhobi ghaat under the Pakka Pul, the oldest bridge in Lucknow built in 1914, and continued onto Bada Imambara, Chhota Imambara, Residency, and, finally, ended my tour with some yummy chaat in Aminabad. 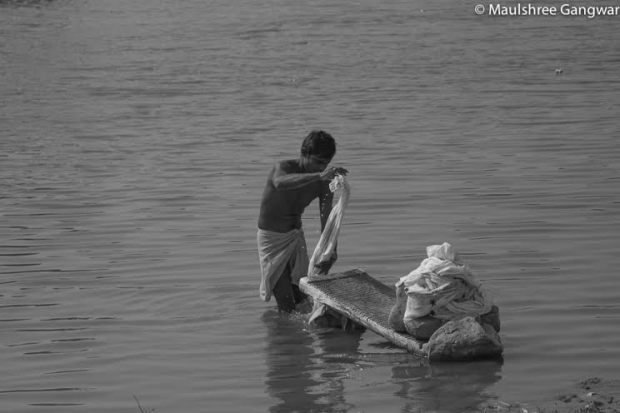 A man washing clothes in Gomti river near the pakka pul. There are several such dhobi ghaats along the banks of Gomti. 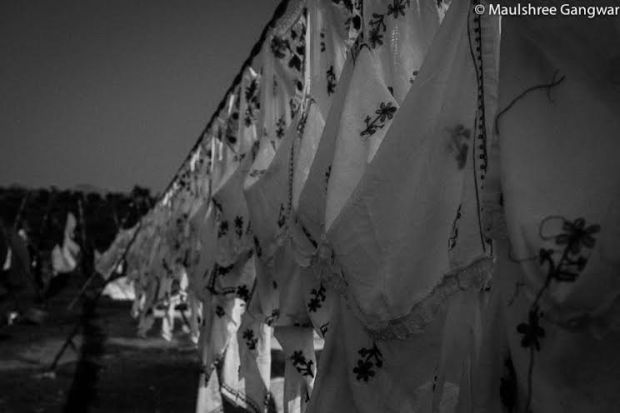 Clothes left to dry on the clothesline near the riverbank. The embroidery on these clothes is chikankari. Lucknow is the hub of chikan work that seems to have originated in the city during the Mughal period.

Entrance to Bara Imambara (big shrine), one of the grandest historical buildings in Lucknow built during the 1780s under the reign of Nawab Asaf-ud-Daula. This Muaharram mourning venue was built with aim of providing employment to people during the famine period.

Asafi (mosque) inside the Bara Imambara.

Mughal architecture outside the Bowli (step well), a five floor royal bath area, which is provided water from the river, Gomti.

Bhoolbhulaiya (the labyrinth) was built to confuse enemy intruders. It is built on three floors with several narrow stairways and it is very easy to get lost inside. 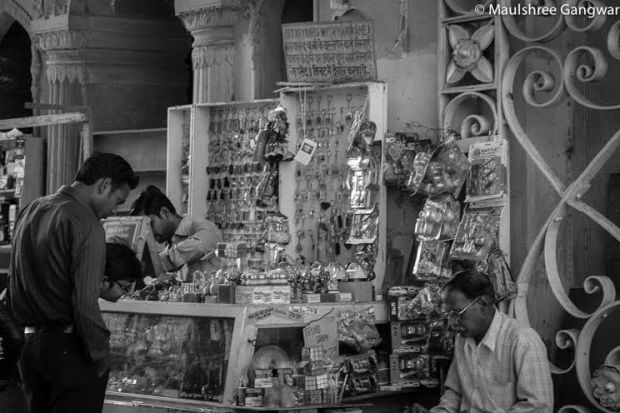 Gift shop inside the Bara Imambara. One can get all sorts of trinkets here, starting from key rings to small models of the Taj Mahal. 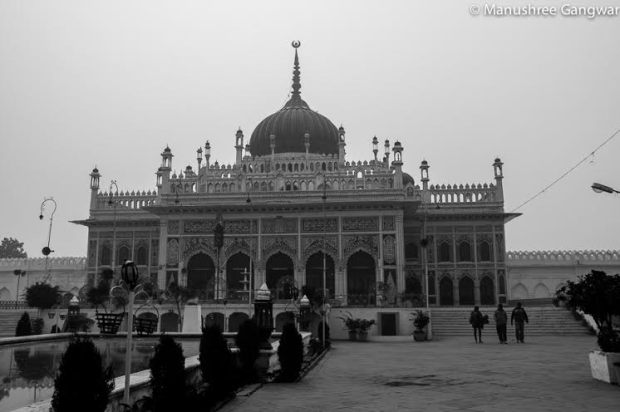 Chhota Imambara (small shrine) was built under the reign of Muhammad Ali Shah in 1838 to serve as a mausoleum for his mother and a venue for Muharram  mourning. 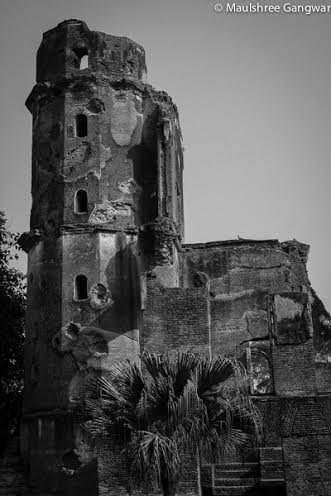 Lucknow Residency (also called British Residency) was built in 1800 AD during the reign of Nawaab Saadat Ali Khan to serve as the residence of the British Resident General, who was a representative in the Nawab’s court. This place witnessed a long battle in 1857 and, hence, only the ruins remain today.

After this long visit to the historical places  located close by, I headed to the crowded Aminabad Bazaar. This market has existed since the time of the Nawaabs and it is made up of very narrow streets that are easy to get lost in, like the Bhool Bhulaiya. The shops in the market sell everything from ornaments to clothes and all kinds of food. The special attraction is the Thursday market, where street vendors sell their products outside the shops.

A crowded street in Aminabad. 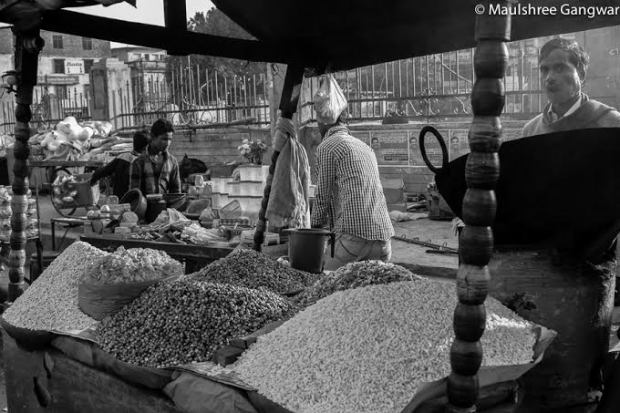 A food vendor in Aminabad during the Thursday street market.

A shop in Gadbadjhaala displaying kaleere, an ornament worn by brides. Gadbadjhaala, literally meaning a place full of confusions, is in Aminabad and it is famous for imitation jewelry and bangle stores.

Chaatwala in Aminabad. Lucknow chaat (a savory street snack) is a delicacy and this little shop in one of the narrow lanes in Aminabad makes the most amazing dahi chaat and paani ke batashe. 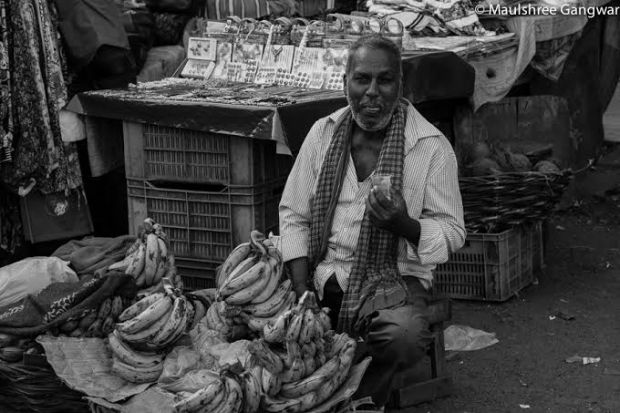 A fruit vendor in Aminabad.

A Tangawala (horse-cart puller) basking in the sun like a Nawab, while waiting for customers.

Lucknow is rightly called the city of Nawabs. Even though the nawabs are no longer there, their attributes could still be in seen  in the Lakhnawis (people of Lucknow). Our language, warmth, leisurely attitude, and tehzeeb are what makes us true nawabs.

And, hence, my bias for my city.

Maulshree Gangwar is a first year graduate student at Teachers College, Columbia University in International Educational Development. Her concentration is Peace and Human Rights Education. She is from Lucknow and pursues photography as a hobby. The collection of her pictures can be accessed at www.maulshreegangwar.com.