Ahmediya mosque in Calicut. The followers of Mirza Gulam Ahmed (1835-1908) are considered to be deviants of Islamic faith by the mainstream Kerala Muslim society, as they have been treated elsewhere. There are a few villages where Qadiyani believers are strong in number and some of them witnessed incidents of passionate debates over the issue of Prophet Muhammad’s finality of messengership. Kannur was the first centre of Qadiyani believers in Kerala, and Kozhikode has witnessed 100 years of Qadiyani presence. 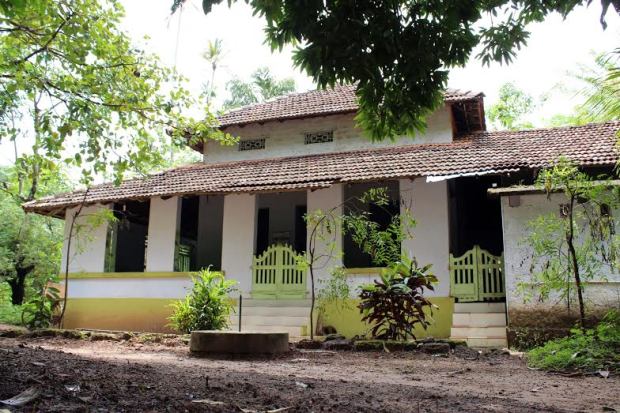 Malik Ibnu Habib Masjid, Chaliyam, one of the historical mosques built in Malabar Coast supposedly by the followers of Prophet Muhammad. The local traditions attribute the construction of this mosque to Malik bin Habib, a member in the missionary led by Malik bin Dinar. They arrived in the coastal areas of the Arabian Sea in Hijra 22 (CE 7th century), according to an inscription kept on the newly built gate of the mosque.

Mazar-e-Shaliyati: Ahmed Koya Shaliyati (1884-1954) was a renowned scholar who lived in Chaliyam, a historical township near Kozhikode, in the early twentieth century. He belonged to the traditional Sunni school of thought and was vehemently opposed to Wahabi ideas of Islam. His library and a vast collection of books are preserved by his successors. A board kept on the gate prohibits visitors from using camera – both still and video. It also warns Wahabi and Maududi followers (Salafis and Jamaat-e-Islami respetively) not to enter the compound. The modern structure with a dome, seen in the left side of the picture, is the grave of Ahmed Koya Shaliyati and the typical Keralite architectural structure is the mosque where he taught his pupils. He had had a jurisprudentially motivated hatred to photography and as a means to pay respect to him, camera is strictly not allowed inside the compound. 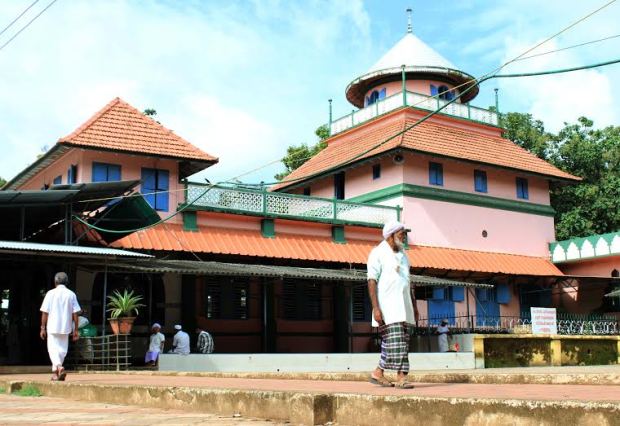 Mamburam Maqam Mosque: Syed Alawi Tangal of Mamburam (1750-1843) was a venerated saint, a great reformer and an anti-colonial fighter of Malabar. His tomb is considered to be one of the most sought-out pilgrim centers of traditional Sunni Muslims in the region. As he belonged to the Ba Alawi clan from Hadhramout, it was easy to capture the imagination of local Muslims and he became the political, spiritual and cultural leader of the people, not only Muslims, but particularly the downtrodden lower-caste people. Along with Muslims, his grave is visited by many non-Muslims, particularly women from lower-caste Hindu communities and this door is reserved for the non-Muslims.

Salafism has its own version(s) in Kerala. Hugely influenced by the Saudi Islam’s Puritanism, both in the theological and the financial (read funding) senses, Salafis in Kerala consider themselves as reformers of Islam; they theorized that Islam was misinterpreted by “priestly” scholars in an exploitative way. Salafis in Kerala built their brand identity through a provocative criticism of Sunni traditions, often calling them un-Islamic and forcing them to endless debates in public places, particularly in Malappuram district. Salafi movement in Kerala is commonly referred to as Mujahid movement and also as Islahi movement. The word “Wahabi” is derogatorily used by Sunnis to refer to them. However, it was the Salafi movement that opened the doors of mosques to women.

The biggest Muslim graveyard of Kozhikode city is situated at Mukhadar, at Kannam Parambu Masjid in the southern side of the historical Kozhikode beach. Many renowned leaders of the community are buried here.

Mishkaal Mosque of Kuttichira was built in the fifteenth century with the donation of Nakhuda Mishkal, a rich Arab sailor. One of the tallest mosques in Kerala, with four storeys made of wood, this is an archetype of Kerala’s traditional architecture. This mosque is considered as the seat of one of the chief Qazis of Calicut. The Portuguese captain Albuquerque attacked the mosque in the first half of sixteenth century and Muslim and Nair (Upper-caste Hindu) soldiers of the ruling Zamorin resisted them. 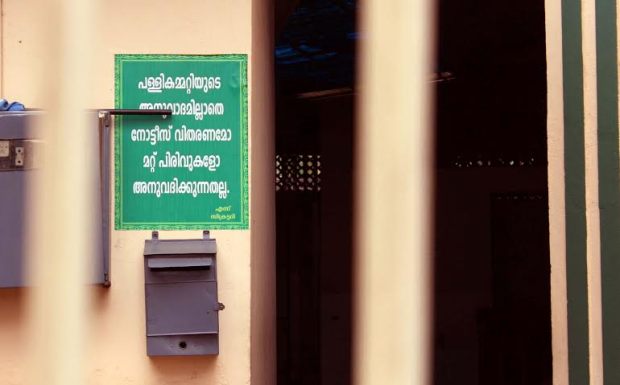 The density of Muslim organizations in Kerala has given rise to an alarming trend of building mosques in every street and every village, where Muslims reside. There was a time when certain mosques, particularly of the “reformist” stream, attracted a few believers, even for Friday prayers. This typical notice says: “No notice distribution and fund-raising are allowed in the compound without the prior consent of the mosque committee.” 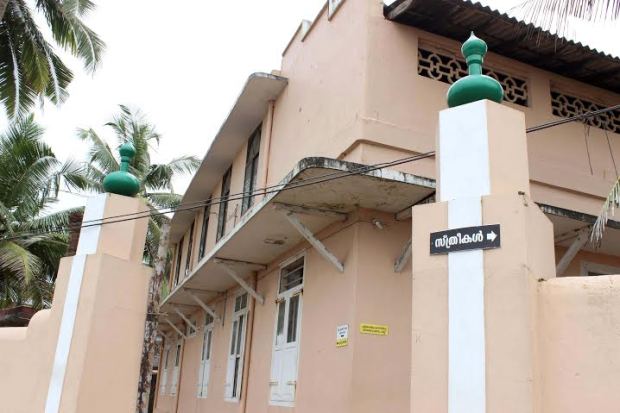